I want to import a simple mask to fusion (resolve version), but it pops up outside the frame. I can’t seem to figure out whats going wrong. (I thought it was because of proxy workflow, but it’s the same on camera originals) - objective is to take out a steady 360 cam using mask and a cleanplate (it is not moving much) - remove seems to take so much time, to use lens distort/undistort and paint, I need a fusion tutorial to make sense out of that one. Apply matte via fusion node seems to work okay, but I am exploring all of these methods because of rendertime since I only have radeon pro 580x to work with. It would be sooo cool to see a remove with all of these methods in 360vr in 2023 dedicated to fusion and thoughts about best setup/method when taking hardware into account. 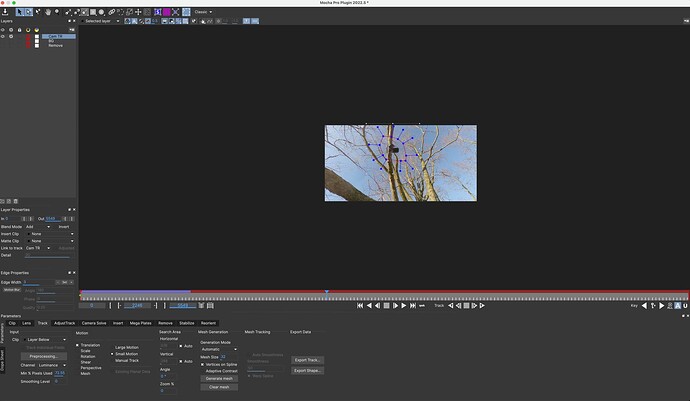 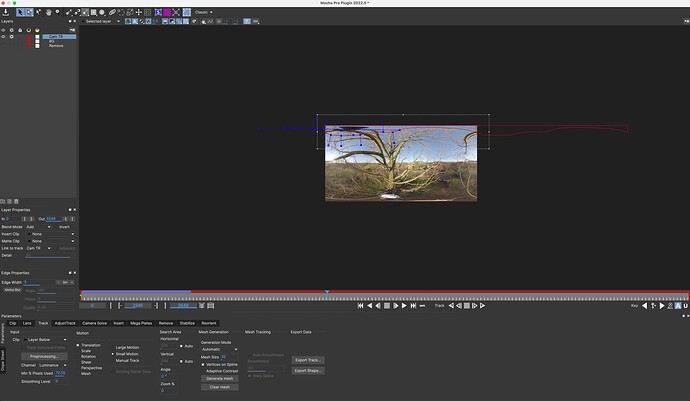 Hi
I’ve just tried exporting shapes for 360 footage into fusion (both in 360 and regular modes), and can’t reproduce your issue. Can you describe in more detail what steps are you following, or record a screencest? Does your timeline resolution matches the source footage (5760x2880) ?

I did a new setup from scratch as a little troubleshoot and went over to 4k in everything (I know that the other one was 5.6K, but it’s the same issue) - made a new mask too. I face the same problem when importing the mask to host.

Everything should be matched (obviously not :-)). It’s more than likely one of my beginner mistakes.

Screencast should be here - when it’s baked and ready!
https://drive.google.com/file/d/1rstddy4lITBIILijx514Q6a79UKHvfJq/view?usp=share_link

Oh I finally reproduced it now. It seems that your shape is located right in the spot where the camera’s stitching seam is. If the object crosses the seam, and you draw one shape around it in 360 mode - it wont cover the object in flat view. The example on screenshots below should be more obvious to understand.
That’s not a beginners mistake, but more like a technical limitation. At least this is how it is in Fusion right now, I must check with the team if any fixes in future is planned.
However, if you’ll try drawing a shape around the object that is within the frame area in flatten view- that should exports just fine.

I believe the easiest way to achieve the cleanup now would really be rendering via Mocha directly. 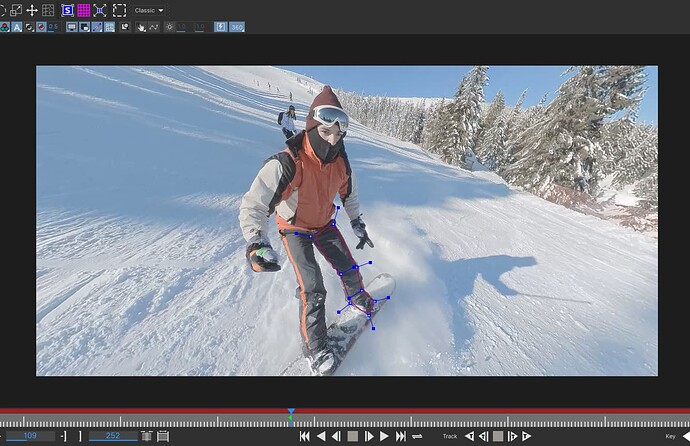 What you also could try - is to perform some sort of offset before you feed everything into Mocha, and take that as your starting point. So basically just “rotate” the footage in a desired way.
Having the main object in the center, and not split in halves, would make life much more easier.

Fantastic😀 As long as I have an explanation I’m happy. I will look into it when I have some “computer time”. I have the(PAI) tool in fusion, I can paint out etc., so the problem is fixable. I’m forcing myself to use mocha in everything (almost) cause repetition is my major tool for learning. I ended up using mocha apply matte, cleanplate combined with TouchRetouch, did all the color, sharpening (except flickerfix) in one go. An hour in I realized it was taking out H264 instead of proress so it took 9h50m!!! (8min footage) - trial error is a tough master, but not a bad one.
Thx for your time on this one,
Stay safe.

Great that works for you!
Could you explain what you mean by “PAI”? Not sure i got you

Yes, of course, sorry. Tool shortcut (maybe it’s a karta vr tool - I’m traveling at the moment so can’t look it up). It’s just a finished set up to paint out. If it’s not in the regular tools it’s under the karta plug-in somewhere.

Thank you, i’ll check that out 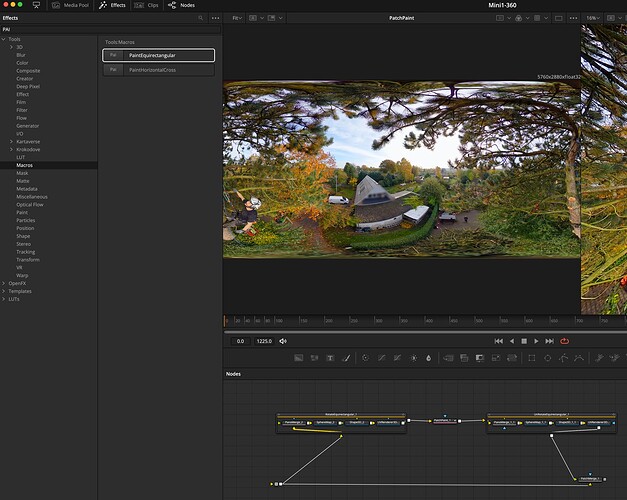 Thanks Soren!
Btw, I’ve checked with the team, and the fact that only 1 mask is exported to Fusion is really an issue. But if you use “Apply Matte” checkbox in Mocha, the matte is applied correctly from both sides. Not sure if that would fit your workflow, but writing that FYI