Is there a tutorial or documentation on how to do 360 VR stabilization as an event FX in Vegas?

I’m trying to follow the After Effects example, using Tracking and Reorient in Mocha Pro 2019. The Tracking seems to be doing something in the Mocha GUI, but when I exit back to Vegas and render the clip I can’t really see any improvement.

Have you enabled “Render Reorient” in the plug-in after exiting the Mocha Pro UI? This should work.
Alternately, inside Mocha you can render your reorient and export.

Rosss1: For some reason I received your reply. While I have just purchased Mocha and am interested in learning it, I don’t recall that I posted any question… Justw anted to reply to YOUR reply in case and had - didn’t want you to think I was unappreciative…

I am currently using the BCC VR Reorient, after Mocha, to rotate the view 180 degrees in the Y axis…because that seemed to be advocated in the tutorial. Doing the 180 rotation in Mocha worked, and showed up in my test render, but otherwise the clip remains pretty shaky.

Perhaps I am expecting more stabilization than is realistic? The shot in question is a hand held shot, with the camera held over my head, and no other motion than my own body motion. 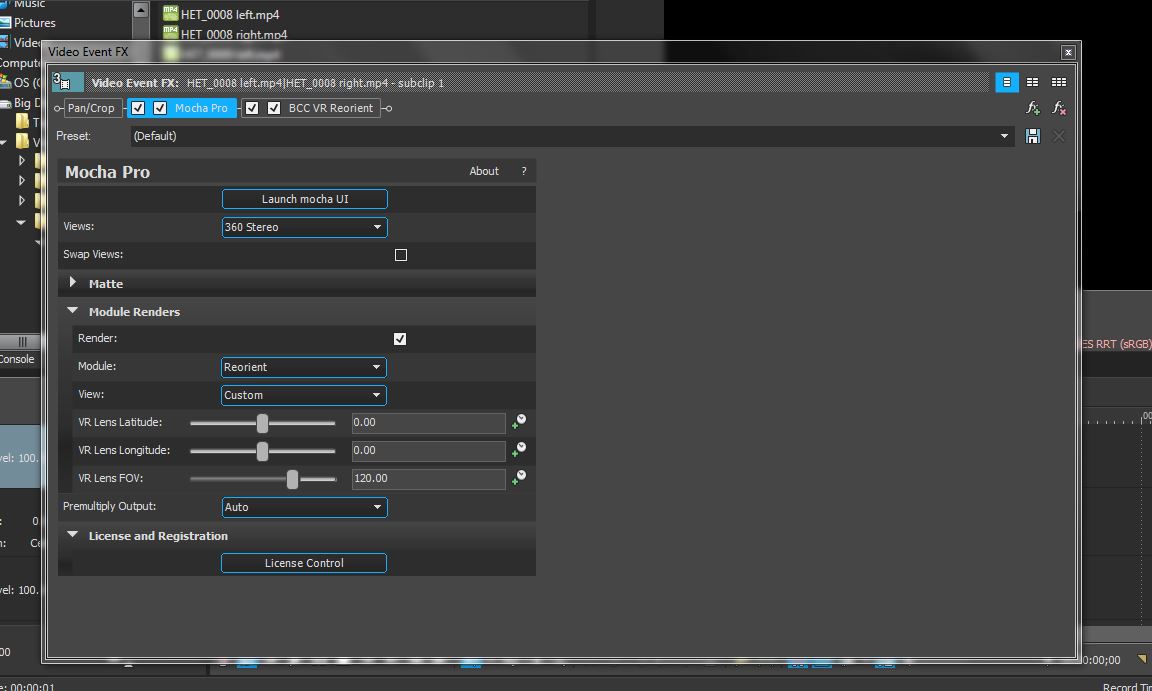 You have to have rock solid track on a background object for reorient to work. Try using this tutorial for reference: Boris FX | Stabilize 360 Video with Mocha VR

Please let me know if you have any questions and I will be happy to help you.