A suggestion to getting Title Studio working again, if launching the plugin UI crashes your software

So I was working on a project in Vegas using Title Studio. No problem making adjustments for days, but then a couple days ago it crashed. It’s been inoperable up until today. While the Vegas project file would open in Vegas, as soon as I attempted to launch the UI window of Title Studio, Vegas crashed. Every time. I tried re-saving the file under different names, a whole bunch of stuff. Even if I created a completely new project and added Title Studio as a Video FX plugin, the instant I launched the Title Studio UI, Vegas crashed to the desktop. Nothing worked, Title Studio plugin would not open without crashing to the desktop. I knew the problem was not with with my Vegas Pro software, as I was not experiencing plugin crashes in any other respect. For instance, Particle Illusion running in the same project didn’t cause Vegas to crash. I’m running 64GB RAM on a Windows 11 with i9-12900 Intel processor so it’ wasn’t out-dated system specs. Booting from scratch made no difference.

Further, when I ran Title Studio standalone version, after accepting the default project settings, it opened without crashing. But, aside from the normal drop down menus on the top of the UI, the rest of the UI was completely blank without the standard interface panels. 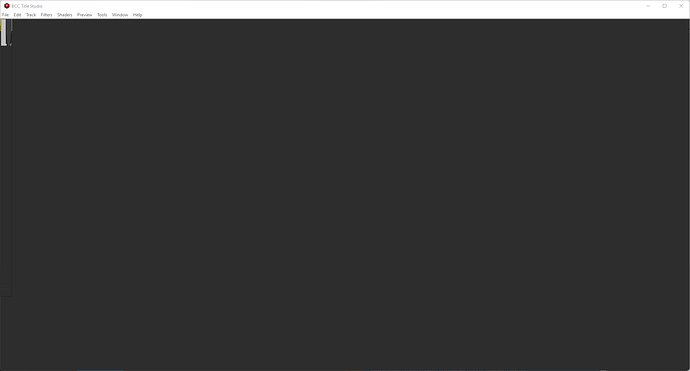 So what did I do that seems to have stopped Title Studio from crashing Vegas each time I launched the plugin from inside Vegas? I simply went to the Window dropdown in the Title Studio standalone version and selected Standard, so that interface would look normal again inside the standalone version. When I then went back into Vegas and tried launching the Title Studio plugin UI inside Vegas, it no longer crashed. Worked on both the original project and a new project I created to test it. Hopefully things are back to normal again, but if it happens again, this will be the first thing I try. If this saves anyone else a lot of mental anguish or time, I guess my troubles were worth it. Cheers!