When you are using anamorphic images in Nuke, there is a very simple option to respect the aspect ratio of the exr file and just have the viewer unsqueeze the image to the resolution of your project settings. How do I do this in Mochapro without going down the whole setting up a lens distortion setup? I only need to unsqueeze the image, thats it.

Isnt that the par setup for the image Pixel Aspect Ratio? I recall using that on Zombieland which was shot animophic.

Pixel aspect ratio is what I’m looking for. Where does that setting live? I searched the docs and didn’t see it.

In the standalone, it lives where you set up the shot. It is also in the clip tab but best to set it up when you set the shot up.

Like Mary said its best to do at first but you can edit it after the fact. ITs both in the setup for when you bring in the clip but you can also edit it from the clip menu. 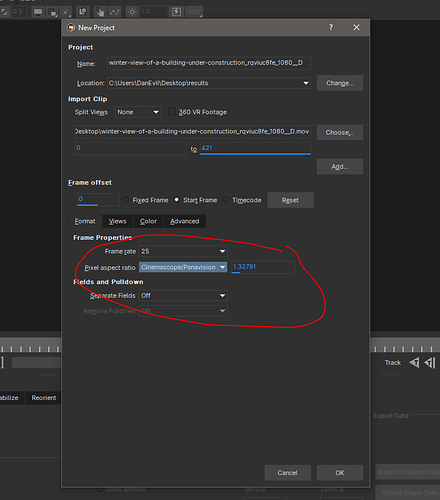