Best way to have fog emit forward through transparent composite

I have a composite with 6 layers (image attached). From back to front:

QUESTION: how to get the fog from the stage light to flow forward through the transparent spots on the buildings, and the light to back-light the layers in front of it?

Host is VP17. Composite layering is done in Vegas. 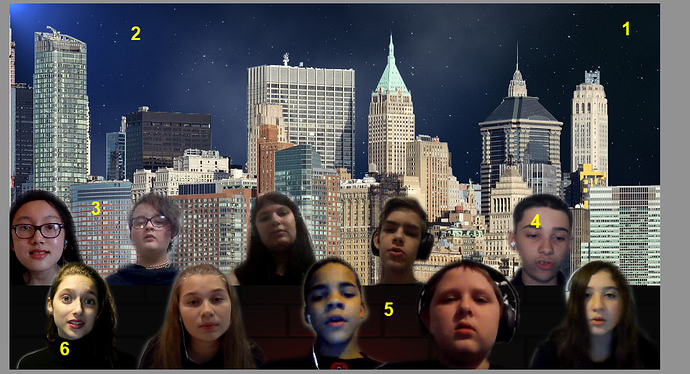 Well BCC Stage Light is a 2D effect and can’t push forward through the Z plane and Vegas is a 2D sequence editor, not a 3D compositor so you have zero control over the Z plane. That said, you might be able to achieve the result you’re after with the use of multiple instances of the Stage Light effect with masks on different layers in the composite stack to emulate the look of the fog interacting with the various layers.

You might also give BCC Particle Illusion a shot - it can generate some very nice looking fog banks.

I love BCC Particle Illusion, and actually have used deflectors and forces to have fog “push aside” when runners go past it and such… a beautiful tool! And presumably it supports the z-axis now.

So – same question for Particle Illusion then. Is there a way to have it applied such that the effect will move forward towards the camera on the z-plane, but only continue through transparent (non-opaque, or black perhaps) parts of the image? Essentially, have solid parts act as deflectors.

@RedRob Hi, in particle illusion there’s a few that will work off a layer, they only emit from a certain part like the text, I saw it in one of the Boris vids so i had a play with it, the ones that are set for that are labelled ‘Use on’ , in their properties you’ll find Alpha - Alpha from layer. you can change some of the other one’s in the library, maybe on a fog preset emitting from a BW image of where you want the fog to come from, maybe then you can set an Alpha key to make it a mask on your timeline, i’m not sure about super emitters tho

I haven’t got a screenshot but i have been able to emit particles as if from thin air where you can’t see the image particle is using to emit from, i made a spinning coloured wheel then set Logo Burst on it, changed the settings to Alpha from layer, it emits the colour of the image, i think i did a Quicktime movie so i got a clear/alpha background for the spinning wheel, this is a link of my vid experiment, YT spinning wheel 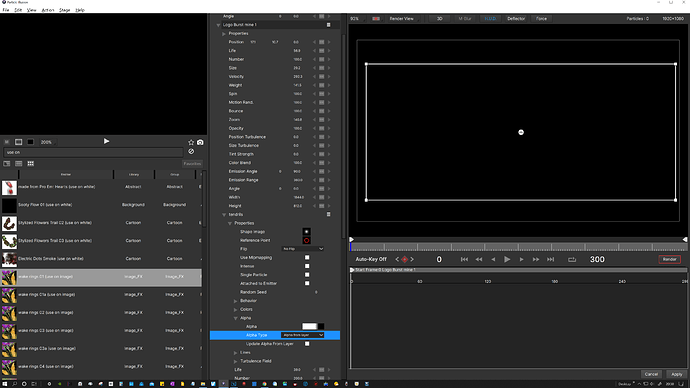 @RedRob Intrigued by your question i had a play, this is fog just starting to emit from the text, the only thing i changed is the Alpha from Layer & the box size to cover all the text, the only problem is hiding that BW text on the timeline… 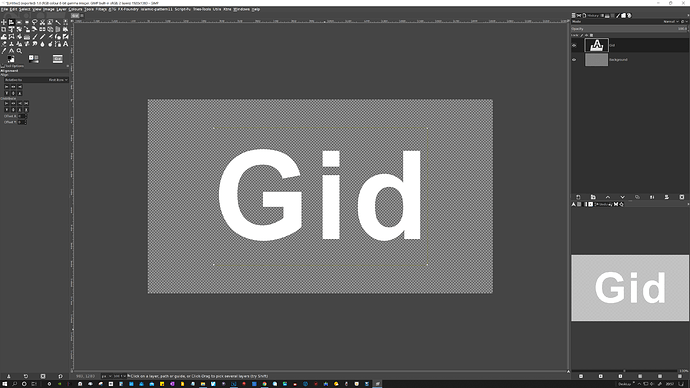 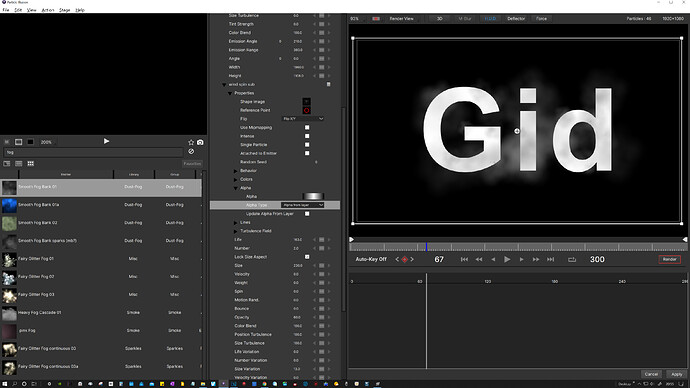 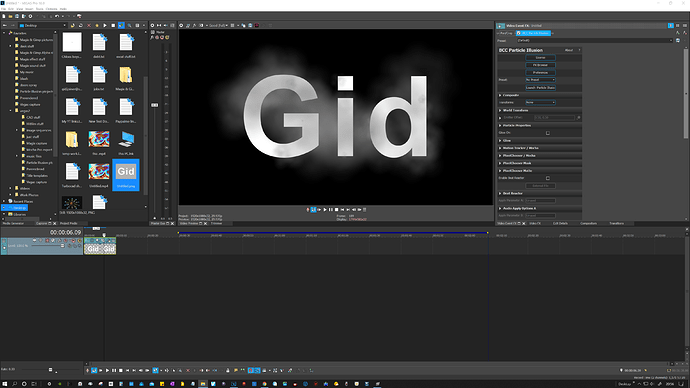 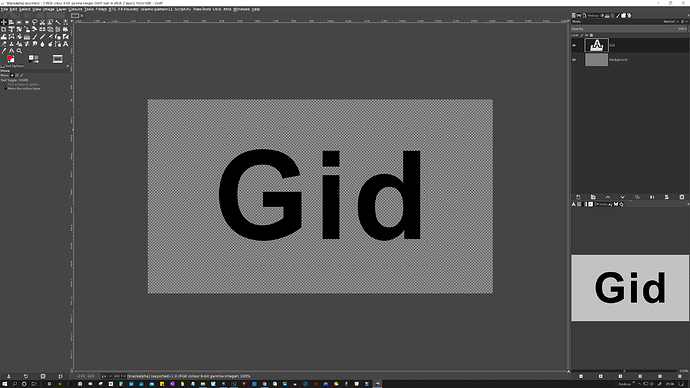 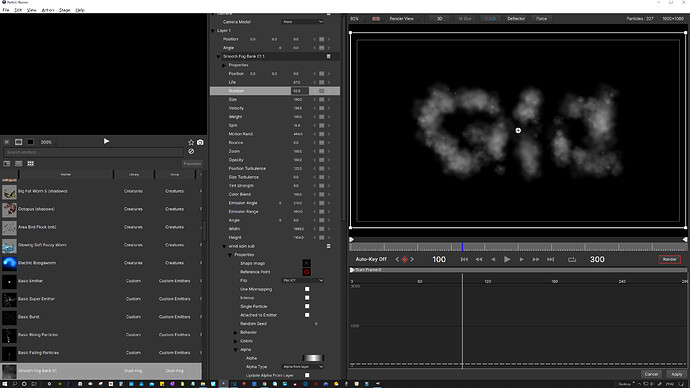 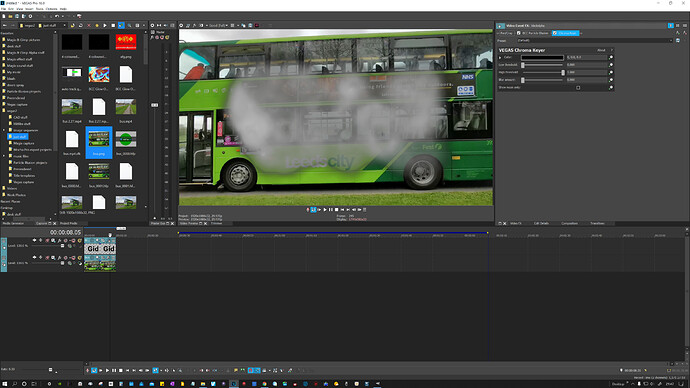 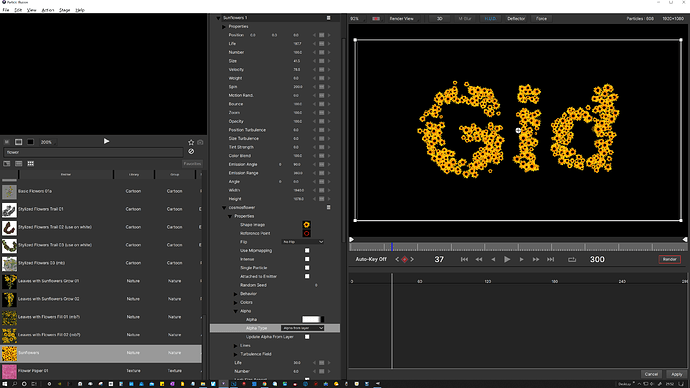 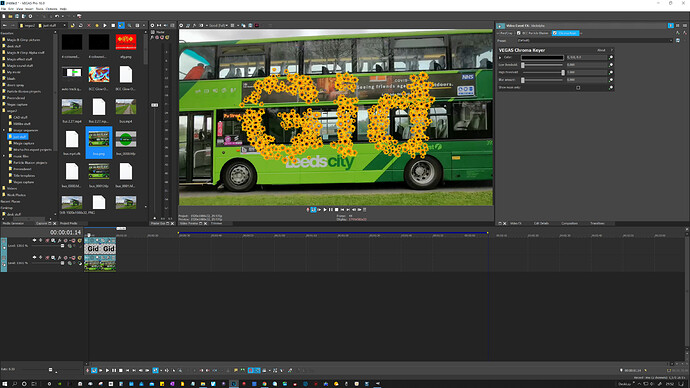 Oh – I totally get how to have an emitter start on an alpha… that’s pretty cool, but a different effect than the one I’m challenged by.

I want the emitter to be blocked by a layer above it that has transparency (or black).

Imagine a fog emitter on a back/lower layer. Then imagine a solid layer on top of it (in front of it in 3d space) with a bunch of holes cut out. I want the fog from the lower layers to seep through those holes, but only the holes, like it would in the real world.

In the original post that would be fog emitting from layer 1 or two (behind the buildings), up and forward, coming between the spaces of the buildings.

You’d create a black mask/image of the areas you want the smoke to be coming from/through with an alpha background like my 5th pic, because you can make this pretty much transparent except the fog you could put it in any layer order you want, then if you have to put another mask/image on the layer on top of that with fog coming off the black areas you mark too, it’d be different fog to the original but tweaking the controls in PI it could be made seamless,
Continuum has an RGB Edges, don’t know if you could use that to back light the buildings, it does have a directional control but it’d prob need a second layer of buildings with feathered edges to mask out the bits on the front of the buildings that get the glow effect,

The black image on top is a copy of the yellow one below but with he yellow removed & the one at the bottom of the tracks is the big one in the background, PI fog applied twice to the 2 black png’s
This fog i was using starts straight away, i couldn’t put preload frames in so i just put the first png in later with a fade so it comes in later when the fog in the back reaches it 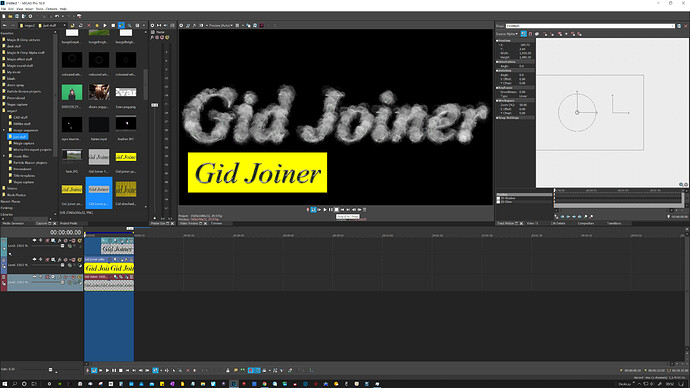 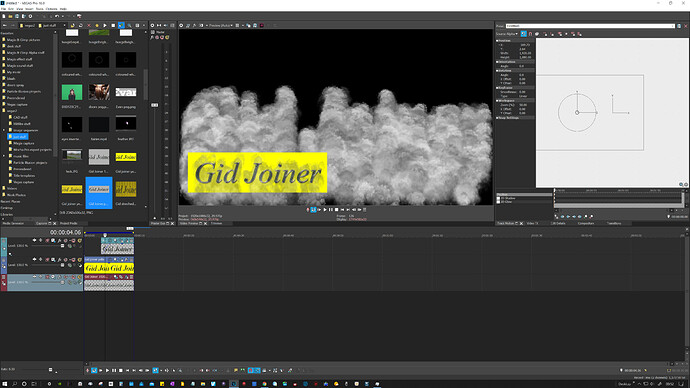 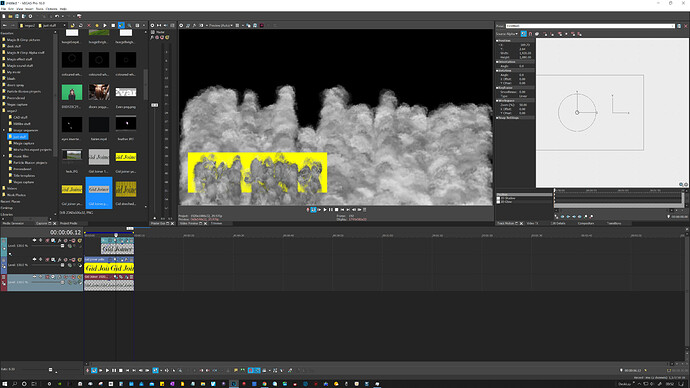 Interesting… so you sorta’ faked it here, by having a new emitter on the “transparent” text begin as the fog would have hit it, and then tweak the timing to match the movement of the fog which was coming towards it.

Since the buildings were a longer image that was scrolling to the left, that would have to be a moving mask… hmm… I wonder if I could have it “emit from Alpha” but invert that to emit from non-alpha, and then apply that same hack.

Could possibly get away with it with a fog emitter… never would work with a less-abstract emitter though, since the particles wouldn’t line up between the back layer and the front duplicate-emitter.

do the buildings have an alpha background? if so adjust the brightness level to make it a black or whie moving image , then export as a QuickTime which will retain the alpha, you can make a moving mask in this sort of way

or put a black image behind the completely white buildings before exporting so you have instead of alpha you have black, then import back into Vegas the BW moving image & chroma key out the white, export as Quicktime so in a way you’re reversing the image, making a black sky & alpha buildings, you can then make PI emit just from the black/sky only the areas you want using the area/line/point option

Just tried that, i made my png white using brightness & contrast, & put a black image behind. 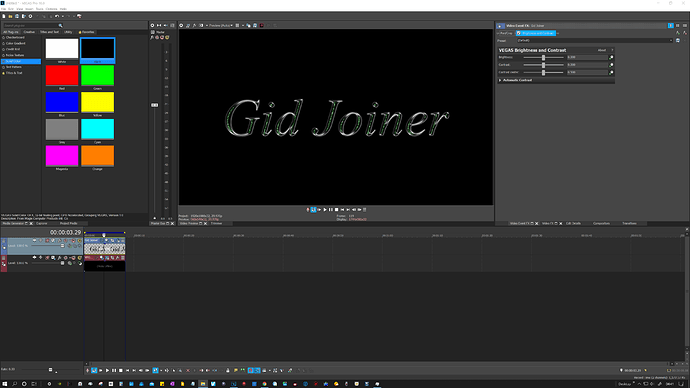 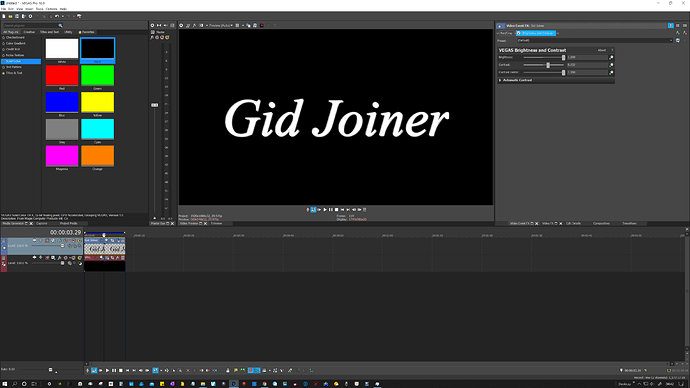 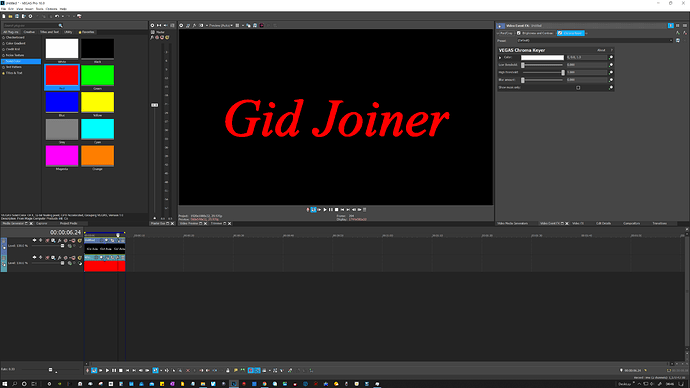 this’ll work with a moving image, 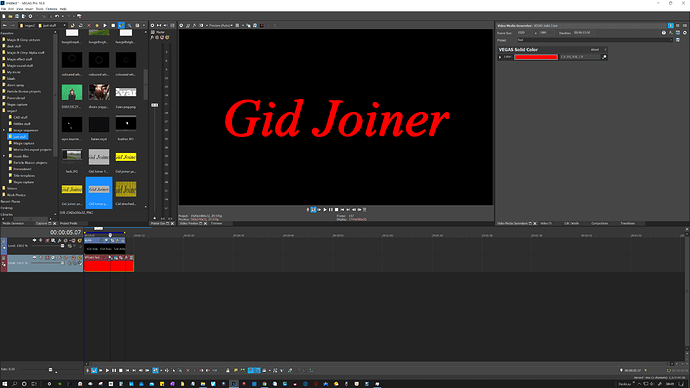 LOVE the effort you’re putting in, and proof of concept definitely is solid!

Still – if the particle emitter is a point or rays of any kind, having it flow from the back layer “through” the transparency, implemented as a 2nd emitter on the front layer, seems like it’d be virtually impossible to maintain continuity at that point of crossing over from the back emitter, to the front one. It may work for fog OK, but I can’t see the technique working for anything less abstract. :-/

& i like the challenge, it’s only easy when you know how, I sort of know but trial n error is the way to cement these things

Yeah making other effects/particles blend seamlessly across layers would be hard but maybe a mask that sort of includes elements of all the layers, I think then you’d be stepping into the realm of composite editing,