Bringing Out the Milky Way in NightSky?

Has anyone attempted to “bring out” the Milky Way when using NightSky? In reality, on dark, clear nights, the Milky Way would most certainly be discernible among the other stars and planets –– and we need to recreate this realism in our current work.

I have adjusted magnitudes, brightness, etc., but doing so only seems to affect ALL stars within the sky without making the Milky Way itself more visible.

In past shots, I’ve actually faintly overlayed a photo of the Milky Way on top of a NightSky layer, but that has its limitations (especially when moving the sky), and isn’t as accurate as we need to be for our current project.

I’ve considered overlaying two video tracks of NightSky, adjusting the bottom one to bring out more stars, halos, saturation, etc., and then matting out a “hole” in the NightSky layer above it with a shape roughly representing the Milky Way to let the more vivid layer of stars beneath it come through.

I’m hoping the approach above might help create the effect needed, but before trying it (and calculating how to correctly map out the shape and proper placement of the Milky Way as a matte on top of a NightSky layer), I thought I’d reach out here to see if anyone had any other more effective ideas and methods to achieve this.

P.S. If this is not a currently-achievable task within NightSky –– considering how important it is to clearly see the Milky Way in realistic night skies –– this is definitely a feature I think should be implemented into future releases.

There is a Zap preset called Galactic Dust that @Alan_Lorence created that could help you out with this. You could create a S_Effect with Zap Galactic Dust and NightSky and use that for future effects. Here’s a quick screen grab. 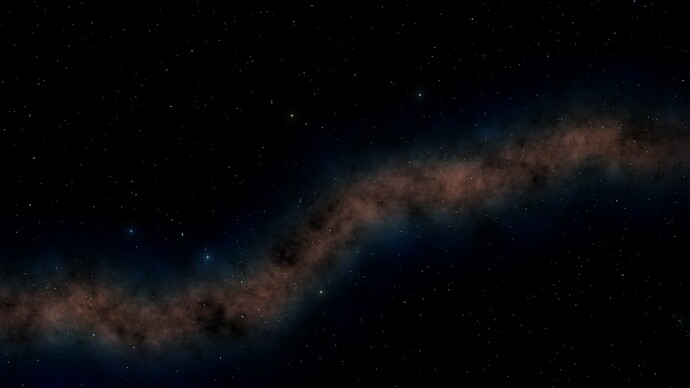 Has anyone attempted to “bring out” the Milky Way when using NightSky? In reality, on dark, clear nights, the Milky Way would most certainly be discernible among the other stars and planets –– and we need to recreate this realism in our current work.

@StarBoyBilly Mind if I ask a question as a long-time amateur astronomer?

Are you looking for a truly realistic milky way representation in your shots or what one would see when looking at photos that are actually composites of a long-exposure shots of the MW combined with foreground shots?
Another way of asking this is, when you say “realism” do you want what a person would see live, or what most people think the MW looks like under perfectly dark skies?

Thanks, Brian. I’ll definitely check that out as a possible solution. I appreciate the response.

Thanks for responding, Michaelh.

Our film is a modern-day fable, but it also deals (accurately) at times with the study of astronomy. So, it’s kind of a fine line we’re walking here (and we definitely don’t want Neil deGrasse Tyson tweeting that we didn’t get things right…). We need the “realism” of accuracy with its placement, size and general “look,” but then we need to bump up the awe and wonder of it a notch or two, as if looking through a child’s eyes (albeit one with a very active imagination). I think once we DO have the look, size, and placement correct, we can simply achieve the more magical look through added saturation and a bit more intensity.

Will do. Thanks for you interest, Michaelh.

In the meantime, here’s a link to some still frames from our film:

When the Moon Was Twice as Big: GALLERY

Over sixty stunning still frames from the movie!