We are 3 months into a monthly subscription of the Sapphire plugin for Adobe FX.

Our renewal was on September 14th, 2020.
We were billed and received a receipt from your Stripe integration.

You also EXPIRED our license on the same day you took payment, as though the subscription wasn’t paid, and we just spent the last week wasting our time trying to debug this for the designer using the license.

Our account lists our credit card as Valid, and shows that auto-renew is on. It also lists our next renewal date as being one week ago. In the past.

If someone see’s this from BorisFX today or over the weekend, please help.

We urgently need this to work.

So I’m not a licensing expert, especially when it comes to subscriptions, but there is a license tool in the Sapphire application folder – have you tried running that again and reactivating with your original license?

Let us know here if you get it working. In the meantime I’ll reach out to those who know more about the nuances of licensing than I do.

This was the first thing I tried doing. My probabilistic assumptions were that Adobe must have updated and caused the plugin to break.

Resetting the license through the web portal(first and only time), re-installing the Sapphire Adobe plugin, and re-activating the license (which worked), still resulted in the plugin in Adobe giving a ‘no valid license installed’ error.

After iterative attempts, we got the plugin into a trial mode, but it would stay this way even after having the Sapphire Activation tool ‘successfully’ re-installing the license.

I finally just purchased a second monthly license so that our designer could keep working. He already lost a week. Waiting for confirmation from him that it works, but I have every reason to believe it will because the renewal term doesn’t show as ‘expired’ AND 'actively renewing/billed for at once.

Hopefully Boris will be willing to assess some kind of credit for this work around once they’ve figured out what happened.

A couple screenshots that I wasn’t able to add in the web-form tickets that might help whoever eventually see’s this. 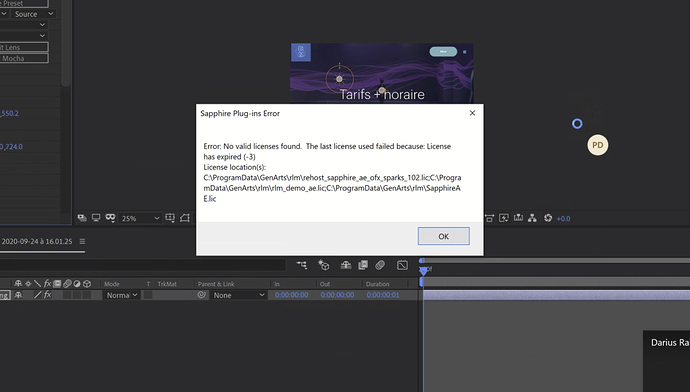 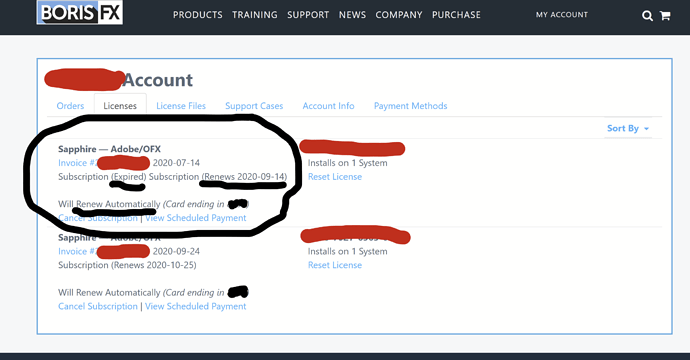 Ok, so this is a support case and not a support forum. You need to contact the support team ASAP and they can get you all fixed up, either by email/phone/or intercom message. This forum is for product chat only, topics like new feature requests and help with effects.

Thanks Brian. I’ve written them and left messages on two different extensions.

I guess this wasn’t obvious, but I came here in the hopes for something exceptional since BorisFX doesn’t offer support outside of normal hours, even when the problem is a major glitch with their billing/subscription system.

If you look, this ticket was opened not long after they closed EST Friday.

Still haven’t heard back on those email/voice message. I see someone else posting about a similar issue this weekend.

But ya, thanks for the welcome advice.

Sorry for the rough experience. I will personally follow up with the team and get you an answer today.

Are you all set?