Can Vector points be moved manually,?

Hi, can these green points be moved or deleted manually,?
I’m sure i did this in the past, i thought it was in Mocha but then i was prompted by Mary in the Mocha forum section that it wasn’t Mocha, I then remembered the points were green,
I remember tracking something & being able to move the points to make the track less jittery but I’m struggling to remember which app i was using, I think i was tacking / adding a lens flare to something
Thanks 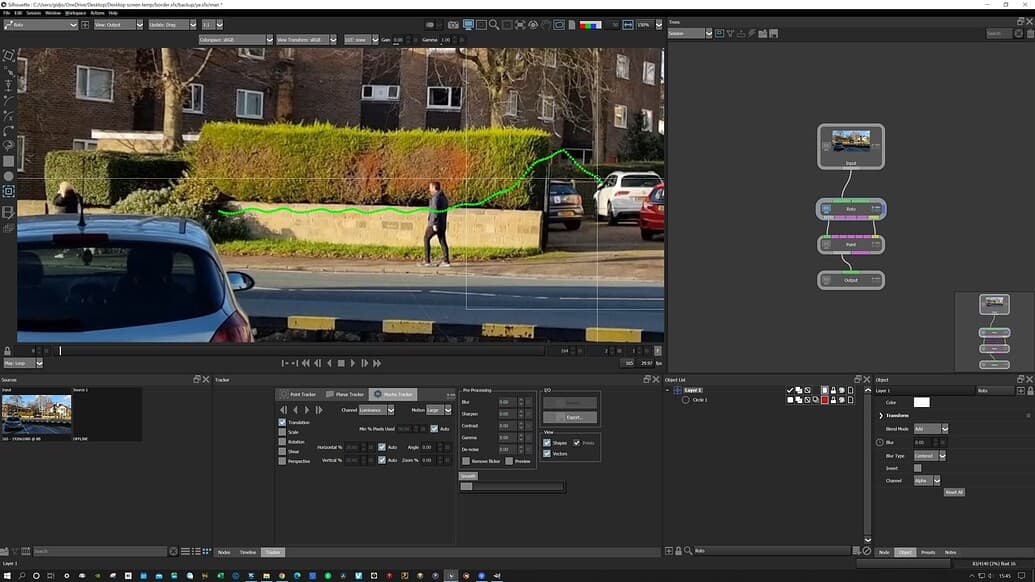 Only if you use the Point Tracker.

@Gid.Joiner are you referring to the Smooth track feature?

Hi, I’m aware of the smooth track feature, i know that can be applied many times, in the picture above that works well

thankyou,
But last yr at some point i don’t remember when, i tracked my bros trike exhaust as it went down the street, that stayed closer to centre screen, the line with points on was sort of tangled, i could pick each point on the screen & delete it making the line flow more in a straight line or smoother curve i should say, i can’t remember if i was actually able to grab the point on screen but i thought i could, I remember sitting there painstakingly moving the points,
I haven’t tried the Point tracker yet that Marcus suggested,
I have the full Boris suite standalone + plugin so i get a bit lost sometimes

Ah right, yeah just the point tracker, on the frame you want to edit the track either physically move it or nudge it with the arrow keys.

Thankyou, i’ll try later, my brain doesn’t work as well as it used to