Continuum Transitions not showing color correction of layer below

I tried searching for an answer but wasn’t having any luck. I’m trying to use some of the Continuum transitions like Grid Wipe and Crash Zoom Disolve - but when I apply it in Premiere Pro - the revealed layer isn’t showing the color correction applied to it until the effect is over…so I’m seeing the original unedited color throughout the transition, and then it suddenly jumps to the Lumetri Color corrected version. Any help with this is appreciated. 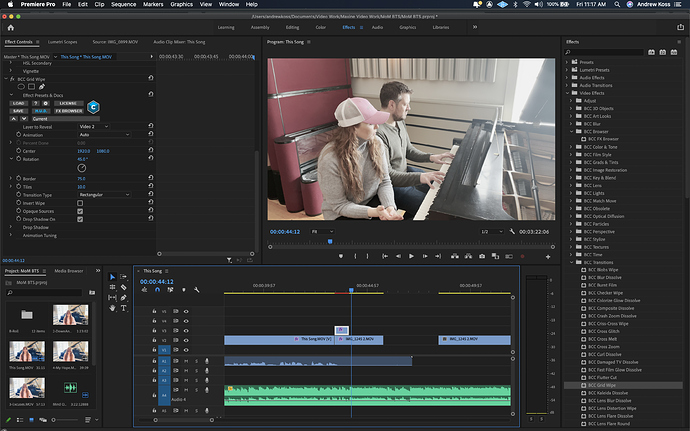 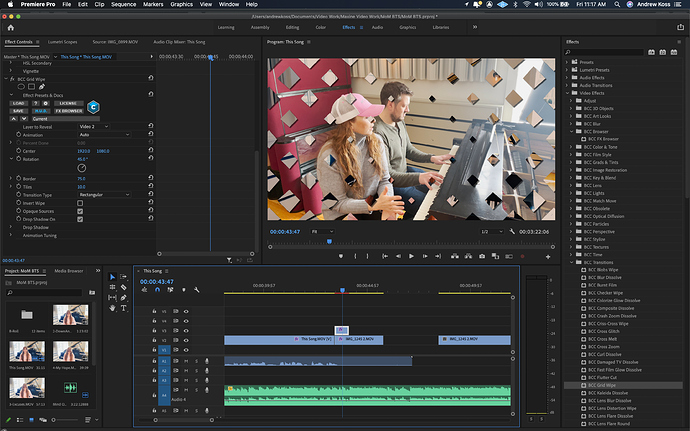 Maybe I’ve fixed it myself? Seems if I don’t set a “layer to reveal” - and leave it at none - i see the color corrected footage properly dissolving below…at least with the zoom dissolve effects.

One thing to note is that Continuum transitions appear in two places in Premiere. You can apply them as a normal “Effect” from Premiere’s Video Effects panel and it looks like that’s what you’ve done. But typically you would use the true “Transition” version from Premiere’s Transitions Panel. If you apply them as true transitions to the overlap in the butted clips it should just do the right thing for you right out of the box no matter what style of transition you pick. The workaround you suggested will likely be ok for Wipe style transitions, but for Dissolves you need to specify the Layer to Reveal when you apply as an Effect, but not when you apply as a real transition.

I totally discovered that after digging around as well. It’s much easier to use the actual transitions and not the video effects versions. I’m such a noob

Thank you so much for taking the time to help.