Do you think Mocha Pro will be able to remove this reflection?

I recently had my first directing job since the pandemic began and make a rookie mistake on a shot where the reflection of a C-Stand is clearly visible on the left side of the screen during a given shot. I thought I might show the shot in question here and ask if you folks think I could remove the reflection successfully with Mocha Pro? If yes, then I’ll definitely go ahead and fork over the cash.

If not, do you have any other recommendations? I have a wide shot of the scene I can use to hide the reflection until it’s mostly concealed if all else fails, but I’d rather not use my Plan B if I don’t have to.

Yes - I think you can use a couple of techniques to remove the reflection.
W/out Mocha Pro you could probably track a mask, blur, and grain and then track & patch the window elements back on top. Might be able to get away with a quick and dirty fix.

There is a little disparity at the end of the shot, so using the remove module with a clean plate might be useful.

There is a new filter in Silhouette called InPaint, that could possibly be useful here are well. as you only need to worry about masking the reflection and it fills in the pixels from outside the mask. This may be overkill.

Hope this helps. The Short answer is yes - planar tracking should help you remove the reflections.

It can be done using BCC Directional Blur with its inbuilt Mocha Mask (i.e. planar tracking). Here is a rough example of the result: 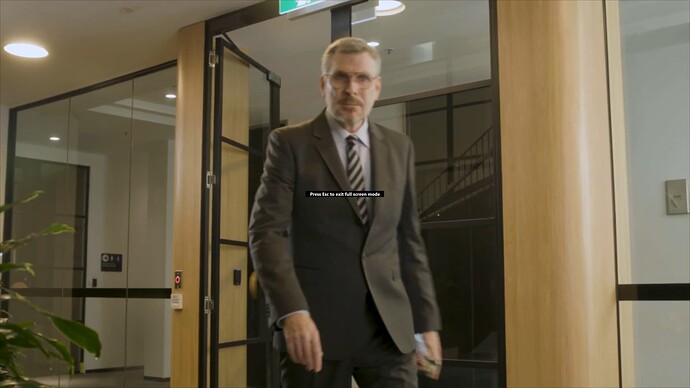 To do this, I used BCC Directional Blur 4 times, each using Mocha Masking to concentrate on a different area of the C Stand image. Directional Blur’s angle field enabled selected areas to have a horizontal or vertical blur applied. For example, a horizontal angle was used where the Mocha mask went over the window’s horizontal frame so as not to blur the window frame vertically.

Planar tracking wasn’t a problem except for the middle area where the actor’s hand briefly enters the target area. The bright reflection of the C Stand needs more work, but I expect that would be better addressed with the original video rather than a YT upload (but thank you for uploading the video).

There’s a bit of problem with fine-tuning the feathering of the mask and other controls to make the mask invisible which it isn’t at all points during the camera move, but keyframing should be able to address that.

BTW, this wouldn’t be the first time camera equipment has been reflected in a window. In Alfred Hitchcock’s excellent movie, “North by Northwest”, a window in an elevator sequence showed a crew member moving (from imdb), but I recall it as being the camera (draped in black material) and crew were reflected - it wasn’t noticeable unless specifically looking for it. I’d seen the film many times before seeing the ‘goof’. A minor goof compared to the ‘kid and the gunshot’ goof near the end of the film.

Hi, which part did you track?
I had a go with this & created my own post just so i wasn’t jumpy on this thread, but here i am

I tried tracking a few things, the window frame, the signs, the reflection itself… but i’m curious as to what you chose to get the best track,

Here are screenshots of the Mocha masking/tracking that I did in each of the 4 instances of the BCC Directional Blur filter: 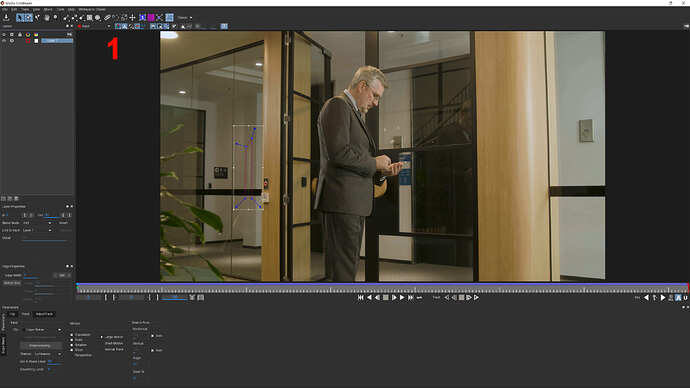 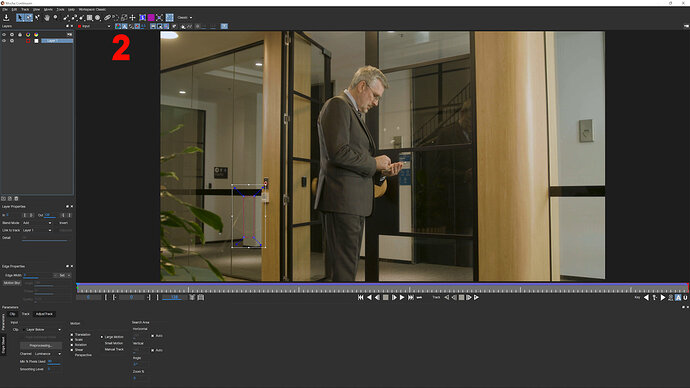 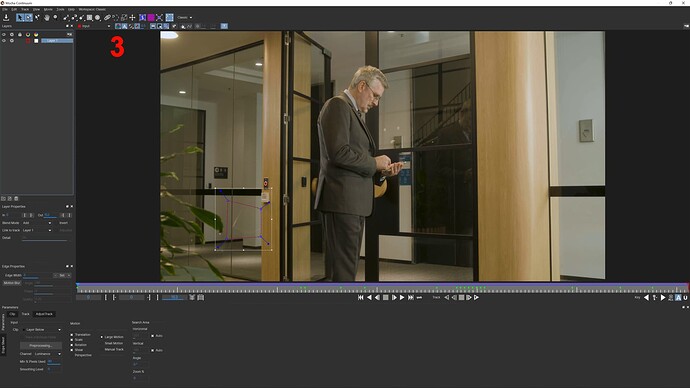 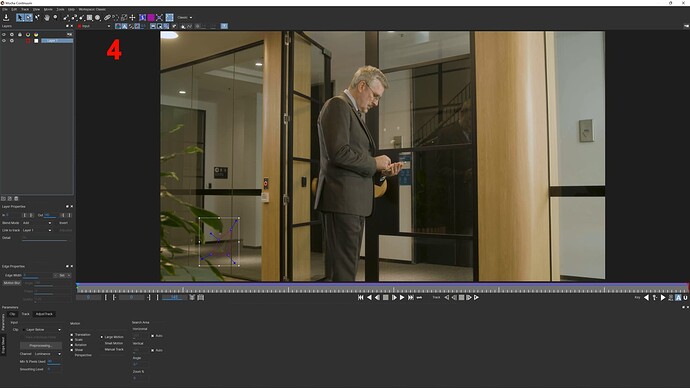 Just the default settings were used in Mocha and tracking went easily with tracks 1, 2 and 4. Track 3 took more work needing keyframing at the spot were the actor’s hand intruded into the tracking area.

More work would need to be done when the camera tilts up because the masking becomes a bit obvious, particularly with track 3. Perhaps exporting that Mocha track and merging (importing) it into Mocha in the BCC Brightness-Contrast filter or one of the other BCC Color and Tone filters would smooth that out though likely with some keyframing.

I must add that the above testing was done fairly roughly; I am sure that fine-tuning would improve the C Stand’s removal especially with one of the stand’s legs that has a glint - though that glint is now so faint that it would hardly be noticeable given that there are other reflections coming from the window.