Hi there, I had problems with tracking a crosswalk in my project. I used the Mocha AE to track the crosswalk, it looks perfect in Mocha, but part of the footage cannot show the solid layer I linked. I attached the image below as the picture shows that the surface frame throws off the grid area. I am wondering is that the reason why after importing into after effect, the solid layer cannot be shown. Any solutions for me? Thanks ahead 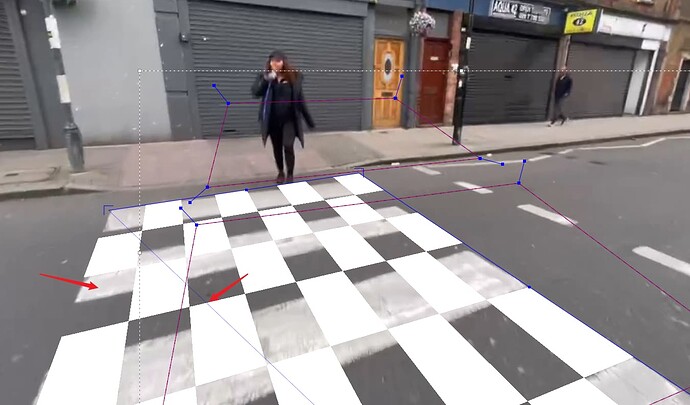 @user130 Hi, did you track the woman separately & put that track at the top of the list so when tracking the crosswalk she is excluded,
also that top spline is tracking the path & the shop front, they are 2 different planes & need separate splines,

Thanks. I haven’t tracked the woman separately yet, will try it. Btw, do u have any clues that why I keep receiving the notice like, failed to compute the layer tomography?

Hi, no sorry, i had to Google Tomography but the answers are mainly to do with layers or planes,
so because Mocha is a planer tracker that makes sense, it’s saying it can’t do what you’re asking trying to track that plane, i think,
Everything i’ve coloured in is a different plane & needs to be tracked with a different spline, (& people are lot’s of planes because they aren’t flat & they’re moving)
if a spline overlaps planes like in your pic it will ad a skew type action to the tracking,
so in this pic there are at least 10 different panes, & depending on the camera movement i suspect the path would have to be split into different planes where it slopes down to the crosswalk. (& poss even the different shop fronts & doors would have to be separated)
You only need to draw a rough outline around that woman, track her, put her at the top of the list & turn off tracking for her, then track the crosswalk, putting her at the top of the list Mocha will ignore her when tracking the crosswalk. 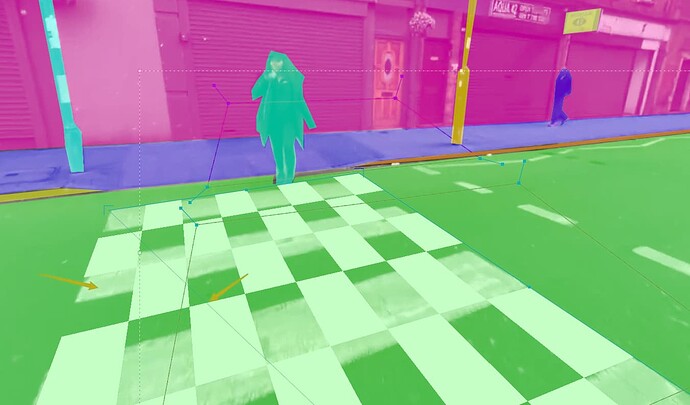 lso that top spline i

Sorry, my bad. Its Homography. I did exactly what you said, but the same problem still happened 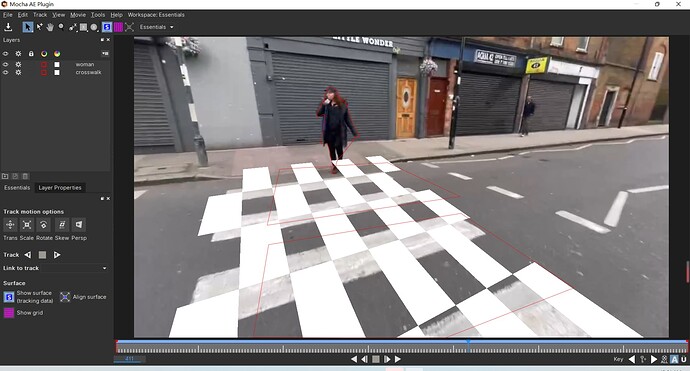 Did you turn off tracking for the woman when tracking the crosswalk, 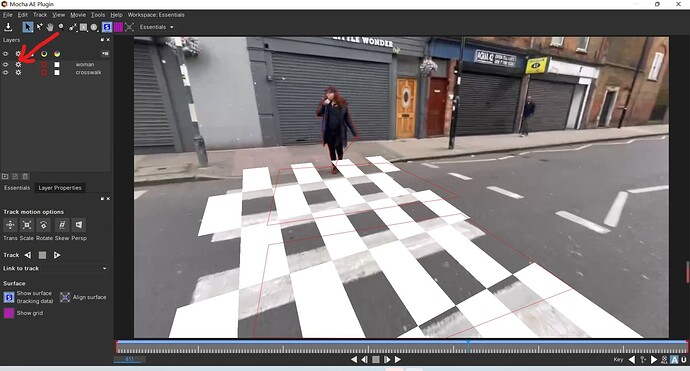 & the spline for the woman needs to be bigger & inc every bit of her, more like this 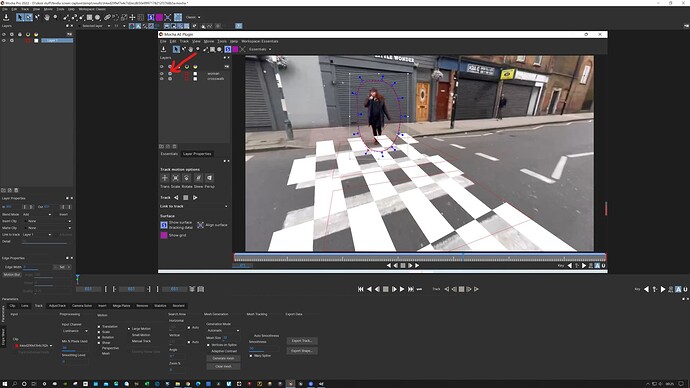 my answer would be similar to Tomography

The surface is coming out past the calculatable area, that’s why you get that error. I’d try breaking the track up into sections maybe. In Mocha, this is a “surface behind the camera” issue.