Glitch during Object Removal of Camera in 360 Footage

I am evaluating Mocha VR at the moment and have been testing the camera removal in 360 video.

I have my camera/tripod on a RC car and will need to remove it. I have some footage from a sunny day next to a pool. There is a shadow cast from the tripod and camera onto the ground.

I have followed the remove procedure by creating a track around the car and shadow and generally works very well but there are some glitches from where the tripod casts shadow on the ground ‘inside’ the legs which you can see from attached images. One with the glitch and one to give you the idea of what is being removed. 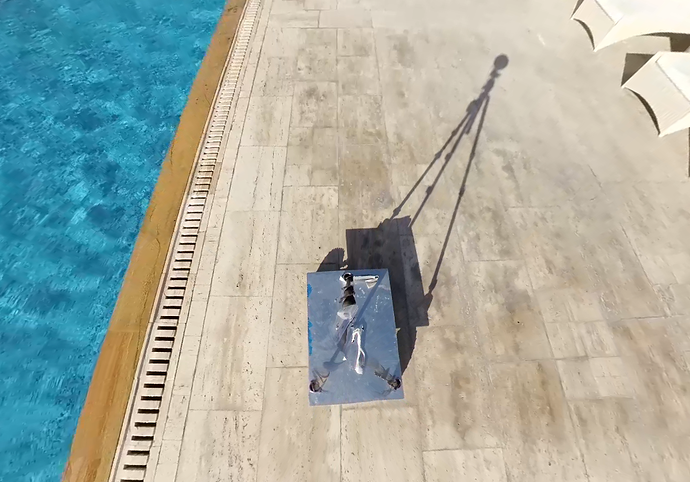 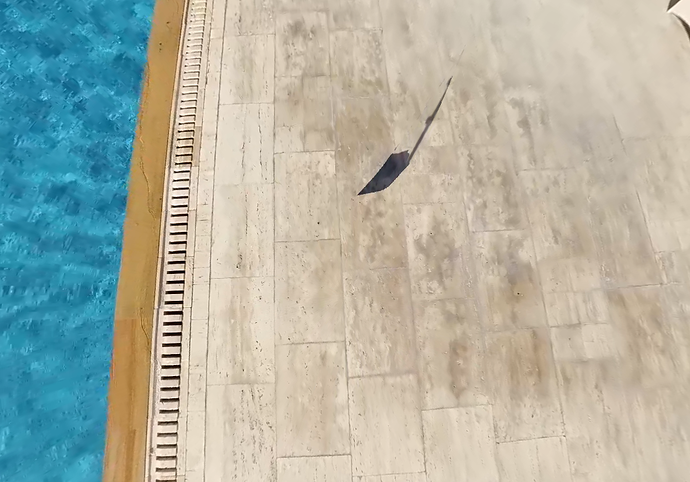 Are there additional steps to avoid these glitches?

If you are getting any remaining artifacts from the shadow, it just usually means there hasn’t been enough background over time to remove that section, or the before/after frames are not looing far enough.

The simplest thing to do here is to take that particular frame and make a clean plate, remove the rest in Photoshop and then render with the clean plate section.

Are you using Mocha Standalone or the plugin?

Hi. I am using the Premiere Pro with plugin.

Possibly as you say not enough background over time to remove the section in question. I did a 5 sec clip to cut down on rendering time as I was testing. I will try with a longer clip.

Can you upload the clip for us to take a look? OR uploading a screen shot of your Mocha project interface with tracking layers might help us see what is going on.

Thank you for the reply. I tried a longer 16 sec clip and the removal was much better, lets say 99% but still minor glitches.

I can send a link to the clip but don’t want to send on a public forum.

My evaluation will now cover ‘stabilization’ which isn’t supported in Mocha VR apparently?

I want to ‘stabilize’ footage from a RC Car which has a tripod and 360 camera mounted. So the footage has slight ‘sway’ from the RC Car suspension and often vibrations or bumps due to un-smooth surfaces. So realistically how am I going to be able to do to improve the footage? Is stabilization a feature that is planned in the future? I do appreciate the complexities with stabilization in 360 video. I am currently evaluating the re-orient module for ‘stabilization’ on my footage but I don’t notice any improvement.

You will want to use “reorient” to stabilize VR footage, the “stabilize” module is for non-360 footage. You can send me your clip to mary p at boris fx dot com.