Help - Which Sapphire Effect is this?

Hello! I’m new to these forums and not entirely adept at Sapphire yet and I’m sorry if I posted in the wrong spot! But I used this really nice effect which created this: 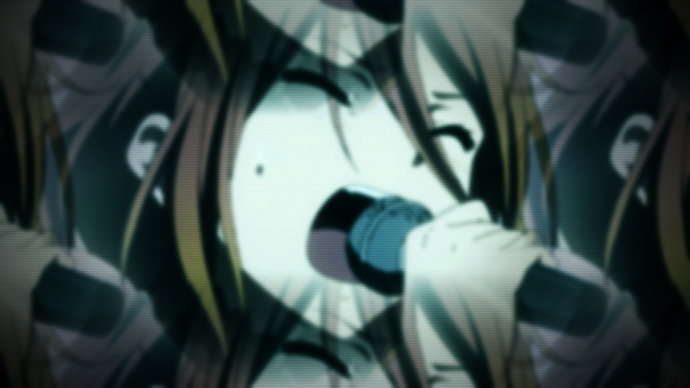 , it’s meant to be a parody of Linkin Park. But anyhow, I stupidly deleted the project file after I finished rendering/screenshotting it and can’t for the life of me remember which effect I used. I’m pretty sure it was something along the lines of S_Warp Perspective or something similar to it.

This is how I remember the effect going The original picture just stays in the middle no matter what (unless controlled to) and then it’s surrounded by multiple duplicates of itself which you can control how far/close they are to the original pic which doesn’t move and can control the opacity or how well it blends.

Can anyone please help me identifying this effect?

I would guess that it’s WarpRepeat you want. WarpPerspective is more of a tiling effect and it doesn’t blend, like WarpRepeat does. Try and play around with turning the steps down, and messing with WarpAmount and ExposureBias, as well as the old standbys like Shift and ZDistance. Let me know if that works!

S_FlysEyeCircles is a possibility too, Just turn the Tile Frequency way down to 2 or so. ?

Yes shane… I definitely see scan lines and vignette on it as well.

Yes, I’m aware there are scanlines and other effects. I’m not asking for all the effects used in the picture, only the one I was originally describing.

Hmm I tried tweaking with S_Kaleido but it mirrors/reflects and doesn’t make the original footage stay in place, it’s always mirrored/duplicated. But I’ll keep experimenting with it.

Hmm yeah that most likely has to be it because my friend also suggested WarpRepeat. I tried before but couldn’t get to the effect before. But I’ll give it another go soon and I’ll be sure to tell the results.

Hmm I tried using WarpRepeat again but still ain’t it. It only creates a rows and columns. I overlayed the the original picture over the test. And the original picture I made, surrounds the main picture in a circle formation. It’s really frustrating me that I didn’t save the effect I made ><