How to deal with surface disappearing when last corner moves off the frame?

I’m tracking a flyover shot in which I want to track some text in AE. It’s working great (thanks to some help yesterday on this forum) but I’m having one more issue where the flyover moves pas the surface. The surface tracks great as it moves out of frame until the moment that the last corner moves out of frame and the surface disappears entirely. Here’s an image from before: 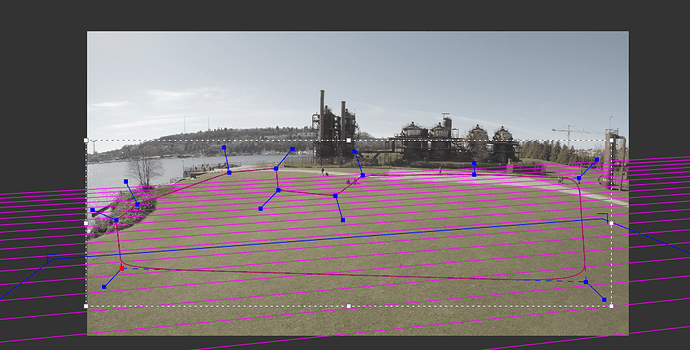 You can see the final corner still in frame over to the right. AT this point, the surface is tracking great an perfectly in perspective. But at the moment that the final corner leaves the frame it disappears: 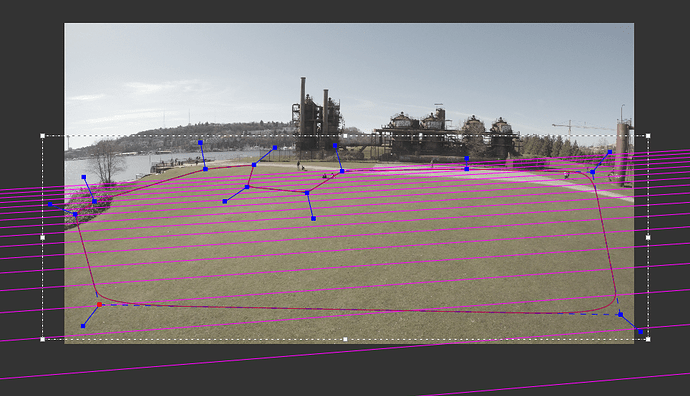 I can understand why this happens, I suppose, but there’s got to be a way to deal with that, right? Even though all 4 corners are out of frame, there’s still part of the surface that would be visible if it continued to track. As a result, it makes it impossible to fully track my text in AE. Thoughts?

Can you try using a smaller surface and driving the text offscreen with a null? Or do you absolutely need a corner pin?

Yeah, I really thin the corner pin is necessary. It’s the only way that I can properly warp the text layer (that I know of). I suppose I can always track it manually once it gets to that point. I was just hoping there would be a way to deal with it in Mocha.

The problem is the surface going behind the camera. So what you can do is track is backwards instead of forwards and offscreen.

That should do it.