How to remove aircraft running lights from nightscape frames?

I want to track and remove the distracting aircraft running lights from my nightscape image frames. The clip is a timelapse generated from a series of frames taken with a Canon 5D Mk III. The individual frames are 25 second exposures taken on a 30 second interval.
I’ve read numerous posts in various forums for removing objects, but as newbie, I’m more than a little lost on the steps. Based on what I’ve seen it seems this should be possible.
I recognize this is not a trivial task: Not only does the track of running light move from frame to frame, but the background stars are also moving from frame to frame.

I have tried editing the images in Camera Raw prior to import, but even with the most painstaking edits, the result is a discernable ripple in the final video clip. My hope is that I can achieve frames with the running lights removed and the stars appropriately replaced in the background.
I have attached png images illustrating the issue. 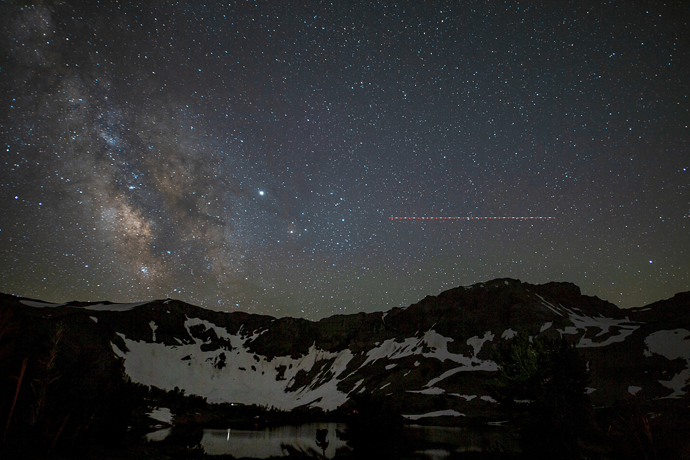 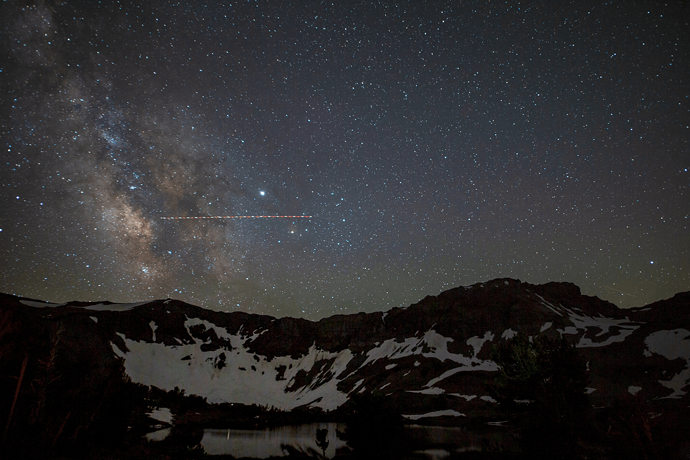 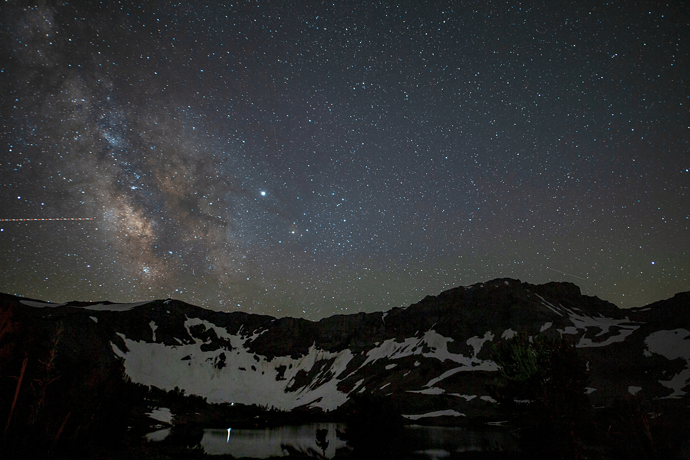 The most basic way to do this would be:

Since this is a timelapse, you may need to adjust the following parameters in the remove module:

If the remove still looks like it has some edge issues, select the top layer and set an edge width to feather off the remove a bit. Do this with überkey as well to avoid making keyframes.

Remeber to turn OFF überkey after you have finished using it.

martinb - Thank you for the step-by-step approach.