In search of Rover and Tape Mark Remove strategy

My current project is a challenge. Doesn’t help that I’m pretty new to Mocha VR.

The seven shots I have to clean-up all have the static tape marks, which the rover rolls over. Should I create a remove layer for each mark that gets smaller, then larger, then smaller again, and process those prior to the rover remove?

Really hoping to to work out the most efficient process to do both. 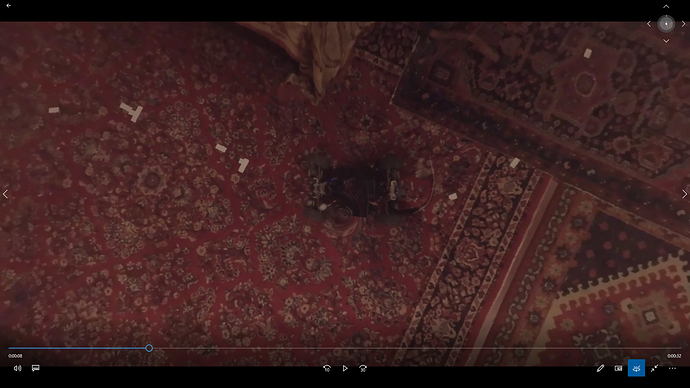 This is going to be a little tricky. I would remove the rover first in one remove pass, so nothing impedes your second removal of the tape marks. Then for my second remove I would make several cleanplates and use those to get rid of the pieces of tap. You’ll need a new cleanplate each time the old cleanplate starts to warp too much or when it becomes too low res. You can do multiple tape marks at once, but your best bet will be rotoscoping all your tape marks on one layer using a single ground track and then using cleanplates at key locations to remove them as they move across the screen on your background layer. You’ll want to use as few layers as possible to cut down on remove times.

If possible, for the future, I would not use tape on the floor and would navigate by pattern or eye unless you absolutely had to tape it out. That’s going to be a real tedious process to remove, only because of the multiple cleanplates you are going to have to make to get it done.

Good luck on your project! Let me know if you have any more questions and I will be happy to help you.

Appreciate the feedback. I had a feeling it wasn’t going to be a straightforward execution.

Yeah, this is the first time I’ve had to drive with such complex tape marks, but I was literally threading the rover through 24" wide set elements with the camera at a 5’ eye-line, with precisely timed stop/start points for the physical effects team to trigger animatronic props key to the story. All the driving was via remote FPV, so no way to avoid the tape marks and get the shot consistent take to take. Should be a hell of a project once complete.

The issue you might run into is getting a clean rover remove with the stickers in the way if the camera is going directly over the tape marks. Its a bit of a chicken and egg… might require some experimenting and possibly is better to use Mary’s advice (clean plates and roto on tape) as the first pass - before the rover remove.

While I have Ross and Mary - what are the parameters I need to change to soften the remove against the background? Blend width on the Remove is currently 3, Edge width is 4.

I’d honestly just “over-remove” the area and use feathering around the edges to blend it back in, the blend is for the inner remove.

Try that and see how it works for you?

Thanks for that suggestion Mary - I’m assuming that’s done by defining a larger spline outline for the rover layer?

Once I’ve tracked my BG layer, can I go back and alter my rover remove spline to increase its size or tweak it’s shape over time?

Just found this tutorial about feathering.

You don’t have to do the feathering in the render if you made your shape larger, so your time doesn’t have to be lost. You can composite the remove back over the top of the original footage with a feathered shape too. Don’t worry!

Sorry you lost render time but I think you can probably use those frames anyway.

Thanks Mary - getting reliable removes with feathering now. Not sure if my workflow is optimal or not, but my remove layer, at the top of the layer stack, distorts heavily when the rover rolls over a feature on the ground, like a tape mark, or when the rover turns right or left. My solution has been to babysit the BG track (set to none) and keyframe the remove layer spline to adjust for stretching/distortion during turns. Seems to work, but with some turns, I’m keyframing every 30 frames or so.

I wish we didn’t need to turn the rover during the hsots but it is what it is.

I am sorry that’s such a rough shot, but I hope it will be amazing when it is done!

You definitely have to account for odd distortions in the plate to get a good track. Sounds like you’re doing what you have to do, but it’s just tedious.

I bought the first two Turtle Tutorial sets and those have been super helpful for figuring some stuff out and reducing a lot of my manual work for these removes.

Mary/Ross - kudos to both you guys and Mocha Pro. The tool is really gelling for me. Took a little bit of time, but it’s really coming together.

To solve this two stage remove issue, I followed Mary’s guidance and did a full remove on my go.dingo rover, tracking my unlinked shape surrounding the untracked rover shape. Curved paths were a little challenging, but achievable with enough area around the rover shape. That remove was processed then rendered out as a TIFF sequence.

Once all tracks were processed, I could use the tape mark layer for the remove and generate sufficient clean plates to render out the remove (using clean plates exclusively). Only a few clean plates were needed as the shot is noisy, with physical fog effects, and the carpet is so detailed with irregular patterns and colors, so the fill areas for the remove with a feathered edge are very forgiving.

Thanks for the tool and the support along the way.

I am really happy to hear you were able to complete this challenging shot to your satisfaction. We’d love to see a before and after side by side when the project is released!

Rendering out a tiff sequence from this shot now. 2800 frames, with numerous tape marks on Oriental carpet. The path in this continuous shot starts out at the far end of the shelf from the right, wraps around the rocking horse, pauses, then goes up a ramp to deck, and wraps through animatronic props. Seven shots like this one. Yikes! 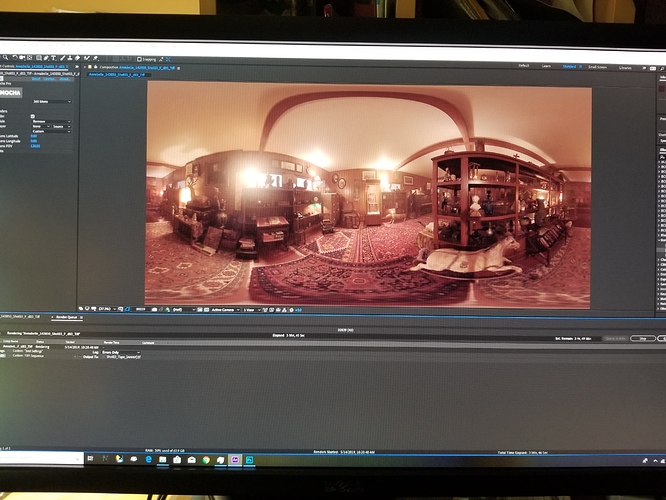 Nice job… very creepy. I want to watch this on a headset to see how the stereo looks.

It’s mono, as per client’s spec.

One of the most interesting remove stages was getting the director out of a down hill ramp shot. He was spotting the rig in case I lost it descending. I didn’t. But I was successful in removing him. 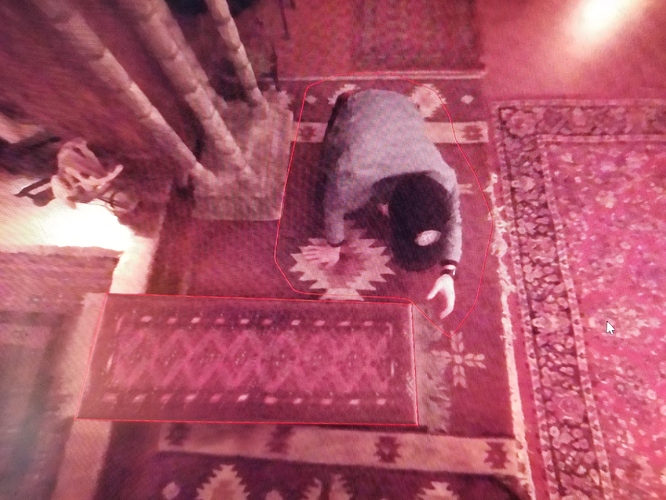