Is there a way to move BCC preset to VEGAS FX window? 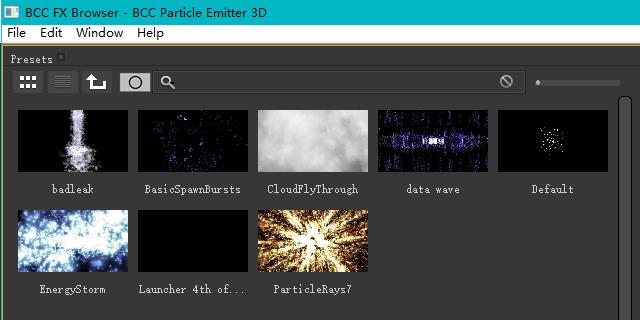 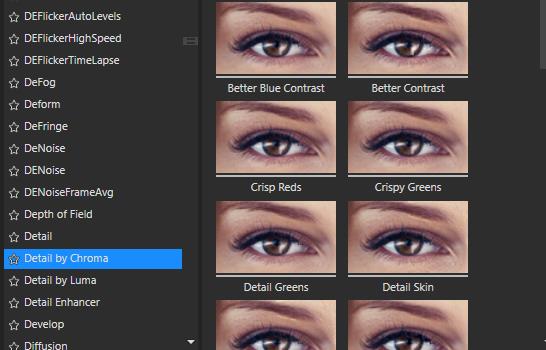 Yes. That would be very useful if the BCC filter presets were selectable from the Vegas FX window rather than just the generic BCC FX filter icon.

I have expected it for a long time.

We only ship presets in our own format so that they will work across all hosts, so there is no way to make those presets automatically appear in Vegas’s native preset view. However, for filters which you use a lot you could save your own Vegas-level presets.

While I realize it would require a bit of coding, surely it is possible to enhance the installer such that for each of the BCC presets it creates a saved preset in the Vegas catalog as well.

Or perhaps a Vegas script which could be run to sync them?

Related – I’ve noticed that most (all?) of those new + filters, besides not having Mocha support, also don’t seem to have saved presets?! Were these a recent acquisition that the Boris team decided to push out with this latest release, with plans to more tightly integrate later?

I’m regret to hear that. If all the presets show in Vegas FX preview window, it will give full play to Vegas’ efficiency, Like Newblue TotalFX.

Related – I’ve noticed that most (all?) of those new + filters, besides not having Mocha support, also don’t seem to have saved presets?!

Actually the vast majority of the BCC+ filters do contain presets. There are roughly 1,000 presets spread across the initial 81 BCC+ filters. Note that all presets in the BCC+ filters are accessed through the FX Editor where you can tweak params before applying (including custom UI widgets when relevant), view metadata, tag favorites, etc. There are a handful of BCC+ filters that don’t have presets, but those are filters that are very footage-dependent and thus where presets would not typically be helpful.

Ah. Got it – that was not evident.

It looks like the BCC+ FX Editor is not keyframeable, correct? (although the parameters can be keyframed in the host UI)

Yes, that’s close. I’d state it this way. All BCC filters (other than the BCC+) filters have the FX Browser for browsing presets graphically. The BCC+ filters have the FX Editor instead which allows browsing presets graphically but also editing parameter values within that view. Particle Illusion has some presets accessible via the native combo box and FX Browser, but when you launch the PI UI you get access to thousands of emitters as long as you’ve installed the free additional emitter libraries.

Neither the FX Browser nor the FX Editor support adjusting keyframes internally so the keyframing must be done back in the host’s timeline. For Particle Illusion you can control keyframes both from the PI UI and from the native host timeline, depending on which parameters are involved.

To add to the BCC+ preset situation, we decided to make the FX Editor the only method of selecting presets because some of the filters have hundreds (or thousands) of presets, sometimes requiring a very graphical method of viewing/filtering/sorting them to find the desired ones. The FX Editor also provides a convenient mechanism for tagging/filtering on favorite presets as well as creating/filtering on custom presets, all of which is consistent among all of the various hosts. It didn’t make sense to try to shoe-horn that functionality into the host side, especially when different hosts have different (or missing) mechanisms for doing that.

It means if vegas users want to see the presets in VEGAS FX panel, they need to save thousands of BCC presets to VEGAS one by one?