Hey, It is my first try in mocha and I am French, sorry for my english.

I am tying to remove a drone in a 360 footage with a sky in the back ground. I tracked the background, and the drone, then tried to removed the drone layer. But the result is really bad, am I doing something wrong ?

Thank you in advance 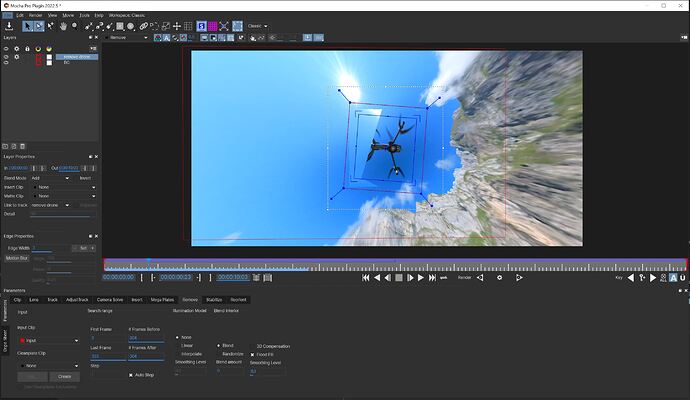 Using Mocha Pro to replace a drone in the Sky can be very difficult because there is often no good data to track in the pure blue sky.

In your shot, the tracking layer is probably not a good track as the mountains are not on the same plane as the sky.

If you can share the shot itself, we may be able to help make recommendations, but most likely this particular task is better handled by a clone offset technique instead of Mocha’s remove module.
The remove module can remove a moving 360 camera from the floor, because there is usually goo ground plane data to track. With a pure blue sky, it most likely is not going to work.