Mocha stabilized data problem is in some angles

I come across this on rare occasions but sometimes, the corner pin data seem to get to extreme values once it’s inverted. if it’s not inverted - the track is fine.

I have several issues with this file demonstrated and most of them related to the data once being inverted - is causing distortion for the video. the lagging is something I reported before and started happening about 6 months ago.

here’s a recording describing the issues with subs

can send the project file with the source video in DM.

this happens regardless if it’s mocha pro or mocha Ae, power pin or corner pin.

the workaround eventually was to try to track several different smaller parts and try not to get into too sharp angles. I thought I could use the stabilized module (so the inverted will be in the module and not through other plugin) but I see no way of getting the inverted stabilization (the movement back). so looking for suggestion and possibly this something the app should be able to fix.

I think this is more “surface behind the camera” issues we see with extremely large corner pins. Let me tag @martinb so we can make a user story about it. Thank you.

The main issue is that AE has an upper limit for image sizes. If there is an extreme perspective distortion in the plane, at some point you will have massive corner pulls into large pixel ranges.
Really the only way around this is to render it. The problem with that is if you want to invert the render, it’s not lossless.

Can you send me the file directly with this particular bottle? I think this is a matter of finding the right position of the initial track.
I can also use this as a reference for the dev team to solve these “extreme” planar corners, or at least find a remedy for it down the line.

will DM you thanks martin

I have found a workflow for this issue.

Problem: on some situations where the insert gets to sharp angles, the cornerpin/power pin reverse stabilization workflow fails on the extreme angle frames.

workflow:
work in the alternate RS workflow (which is how some work anyway but I less prefer it) 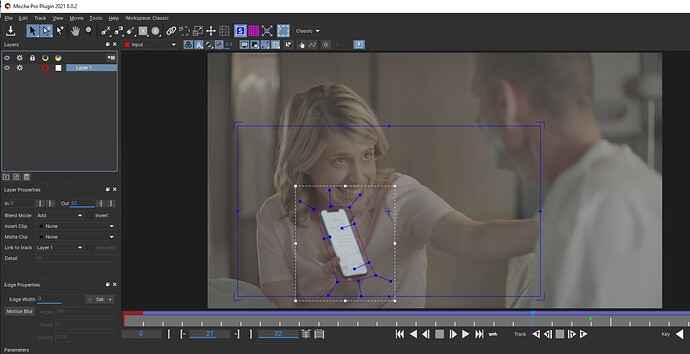 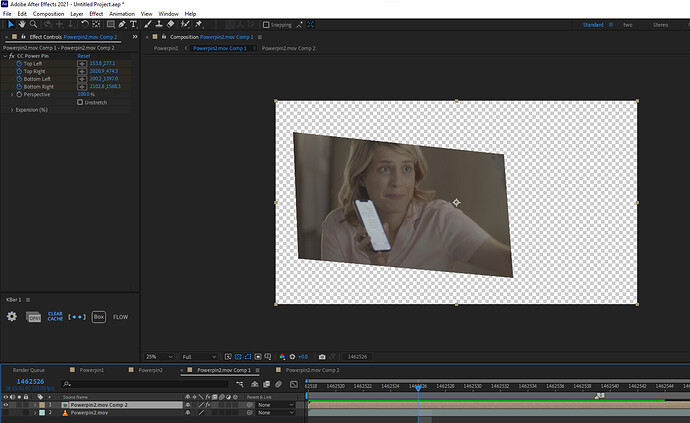