Using Layer Deformer, I’ve setup a page curl to roll up an image all the way off screen. Using Left/Right +Z, it starts on the right and rolls off the left side. I want the opposite - curl from the left end and roll off the right edge. The “Reverse Direction” switch change it. How do I reverse it?
Also, is is possible to set the material on one side so it doesn’t respond to the lights?

I’ve also tried out the Page Turn effect. When I choose “Source” for alternate back, how do I choose a layer other than the current layer (which is also applied when “Source” = none)?

So based on your description it sounds like you’re using the curl deformer inside of Layer Deformer. While invesitgating this, I did notice that there appears to be an issue with the Reverse Direction, which I will be researching further.

That said, to answer your question about changing materials, you can only do that if you set the shape to Page Curl, as that feature is not available if the shape is set to Plane.

As a workaround to the issue with the curl deformer, you may wish to work with the native Layer Deformer controls for Page Curl, instead of the curl deformer at the bottom of the parameter stack. You can do this by:

To animate the curl from left to right simply set the Curl direction to 360 and then animate the Curl Percent.

I’m going to investigate the curl deformer more, but please do let me know if this workaround is helpful.

Hi Vincent:
I am using the Page Curl effect. 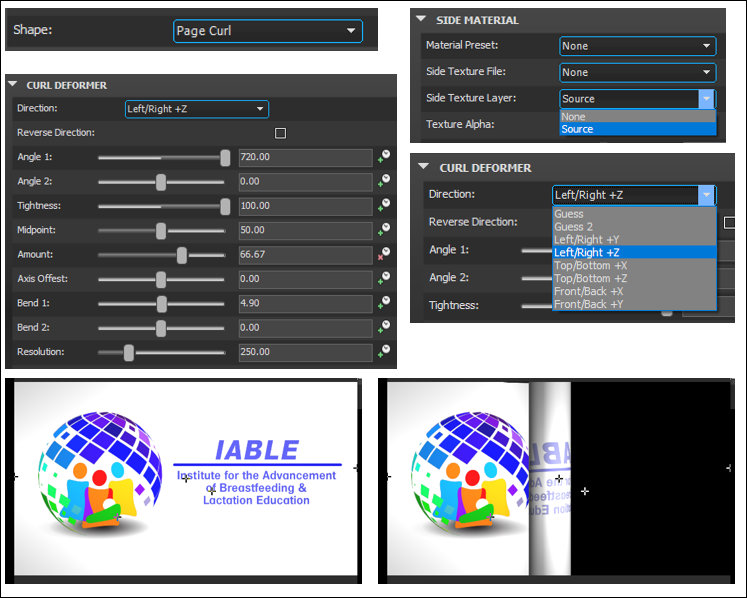 BorisPageCurlProb01747×598 96.9 KB
With “source” selected for material 2, there are no other choices than the source layer, which is the same as selecting “none”. The controls don’t match your instructions. I have experimented but do not see how to get it to go from left to right.
Thanks.
jclement April 30, 2019, 1:59am #4

Regarding the alternate Source option, unfortunately Vegas as a host does not generally allow plugins to have access to secondary source layers so this menu doesn’t actually let you pick a separate source. In other OFX hosts this menu can be used to actually pick alternate layers. Some effects in Vegas are designated as “custom composite modes” and when applied as such they can access the secondary layer, but they only work this way when applied to the entire track so are not very convenient and only a small subset of the Continuum filters are exposed this way. Unfortunately Layer Deformer and Page Turn are not currently available ad custom composite modes in Vegas so there isn’t a simple way to create the background mapping you’re looking for without stacking multiple copies of layer deformer on multiple tracks which gets cumbersome.

One possibility is to use Page Turn as a transition - i.e. from the Transition pane in Vegas instead of the version of Page Turn in the Video FX pane. This does allow you to put the incoming clip of the transition on the back of the page, but it also puts the incoming clip as the background of the overall composite as well which may not be exactly what you want.

So the parameters you’re using are the Curl Deformer I mentioned. A possible work around to get the direction you’re looking for would be to use the shape controls instead of the curl deformer.

The Shape controls are located at the very top of the parameter list when you first apply Layer deformer, directly under the dropdown menu you used to select page curl.

@JClement: I’m new to Vegas, I hadn’t seen the Page Peel transition. That might suffice for my needs. Thx. 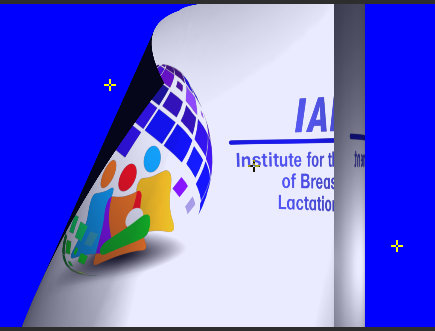