Particle Illusion integration in Resolve not working as expected

i have a problem with the integration of Continuum and Particle Illusion in Resolve.
The emitter is not rendered correctly in resolve only in the particle illusion window. attached 2 images to show what io mean. 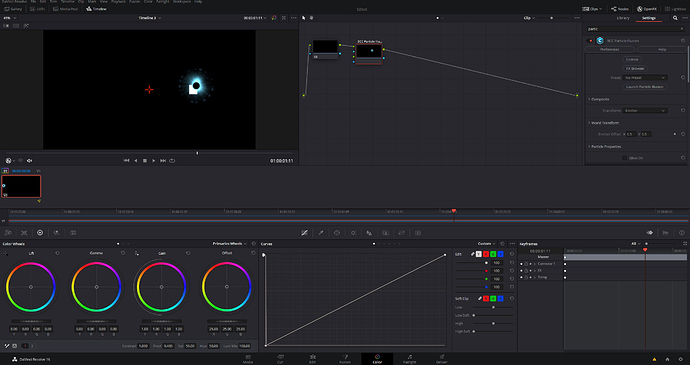 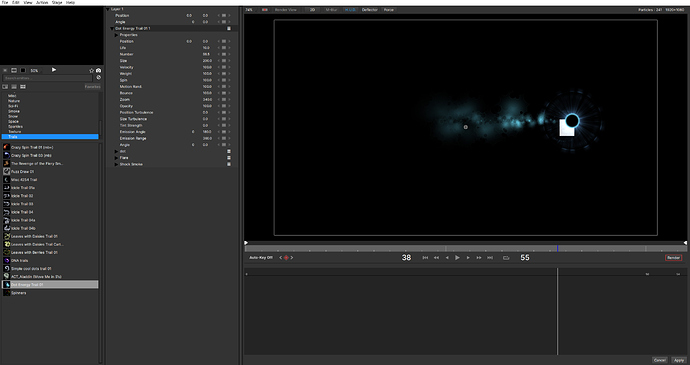 the emitter is tracked via the mocha integration and moves from left to right. all works fine in the Particle Illusion window, but in resolve the particle movement of the trail is not rendered or taken into account. is this a limitation or what have i done wrong? because of the ability to stick and track a emitter to a source video i bought the Continuum plugin.

i also noticed that some other filters and effects, especially in the fusion page are not working correctly or at all. kind of frustrating having all this effects and not able to use them.

hope there is a solution or information fixing this.

There was a bug introduced in V14.0.0 with the tracking integration in Particle Illusion. This should be fixed in a maintenance release within the next week or two. In the meantime you could temporarily work around this by reverting to the Continuum 2020.5 v13.5.1 installer which doesn’t have this problem.

As for Fusion, Continuum is only certified to support the Color and Edit panes in Resolve, not the Fusion pane. Improved Fusion pane support is on our list for future updates.

Sorry for the inconvenience!

As for fusion integration: i did not know that it is not currently full supported. And yes please, please take it on the list for future updates. It would be very, very nice to have the effects integrated into fusion properly.

Maybe it should be useful to being able to have the option to render out like in MochaPro that also does not work in the render module of Davinci, but at least all your work can be rendered out from the Mocha module. If this could be done in Particle Illusion and the other plugins that would be amazing as it would be a safety net if something does not work or gets broken during the many updates that Resolve does.

Hello is this Particle Illusion resolve issued on the way of being fixed ?
By the way, I’m looking for a Tuto showing how the latest version of Particule is running under Resolve 17.

If you’re asking about the issue with the motion tracker in Particle Illusion 14.0.0 (which is not actually specific to Resolve), it has been fixed internally and will appear in the 14.0.1 maintenance release, probably within the next week.

And about Particle training, something on the run ? Thanks

We don’t have tutorials available in Resolve 17 at this time. It is still in Beta. However, I am not aware of significant differences with how PI behaves in Resolve 17 as compared to Resolve 16, other than general issues that aren’t specific to PI (such as the ability for an effect to modify alpha channels when applied in Edit pane now.)

As Jason pointed out, we don’t have any new tutorials showing PI running in Resolve 17 but we have one for a previous version of Resolve which you can watch here : Boris FX | Webinar Replay: Particle Illusion for Colorists

hi
Thanks, I will have a look, have a nice day

Continuum 2021 v14.0.1 was just released, and it contains a fix for the problem where Mocha tracking was not working correctly when applied to Particle Illusion emitters. Please let us know if you see any further issues.