Particle illusion not working outside of browsing sample 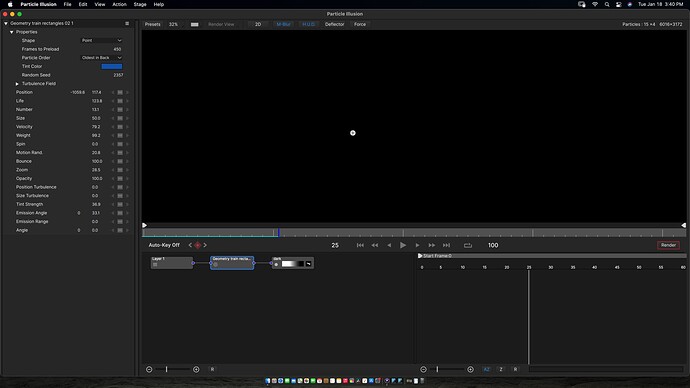 That’s the size of my project. I tried lower resolution projects and presets. They also wouldn’t apply the chosen particle emitter.
I followed step by step instructions to ensure I wasn’t missing something.
I’ve tried uninstalling and reinstalling restarting, and there are numerous bugs.
Now, none of the UI will show upon opening, unless I go into full screen mode. 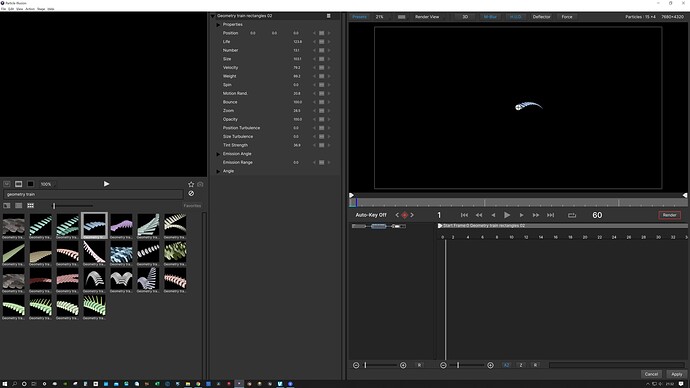 Possibly an M1 issue, not sure.

The Fullscreen mode happens to me sometimes too – the only way to avoid it right now is to make sure the PI window is not maximized (make sure it doesn’t fill the entire screen – drag it slightly smaller).

I use Final Cut Pro, so the stand alone appears to be the best I can use.
The top resolution it allows is 5k. Anything above and it’s cut off.
Thanks for the feedback!

Ah, that’s a known issue. We’ll be releasing an update to the standalone version very soon that will fix that.