Particle Illusion plug in for Resolve

What do you mean “browse the content via the plug-in”?

PI is used the same way whether it’s through the plugin or standalone: you open the PI UI. Once you’re in there it’s almost exactly the same.

<p>25 videos covering everything you need to know about Particle Illusion.<br>Topics include installation, user interface, creating and animating emitters, and more.</p>

hi Alan,
thanks for getting back. I attach three screenshots to hopefully make myself understandable.
in the first screenshot, grabbed in resolve, on the right side you can see the Effects window and there you can see the button FX BROWSER. 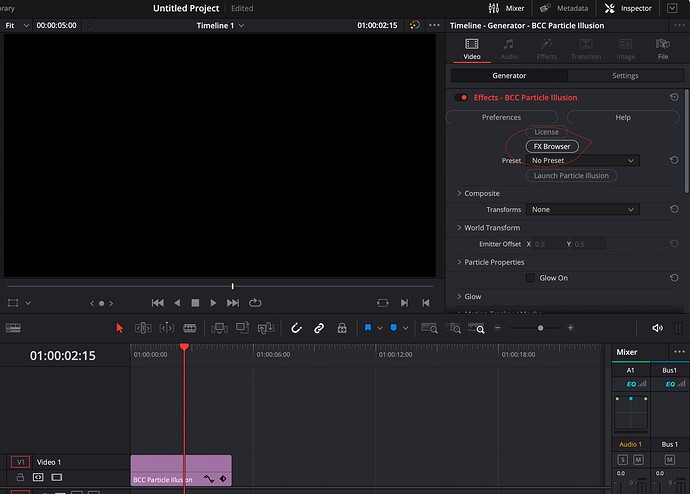 as soon as I click on it, a window opens where I can see the emitter presets (picture 2). in this list there are only 42 presets available. 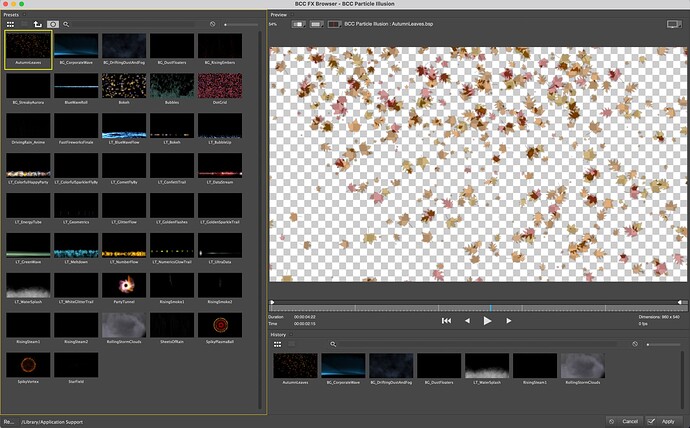 in the picture number three you see the standalone version where more than 2500 emitter presets are available. 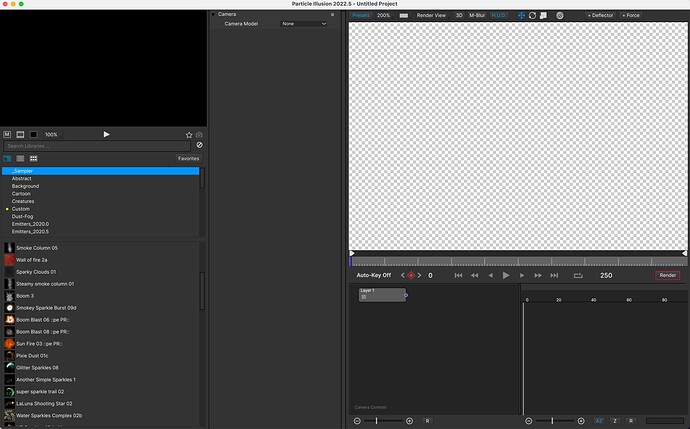 so in my case it is not giving me the same presets whether it’s through the plugin or standalone.
any idea?

FX Browser button only shows you “project presets”. To see the emitter libraries as you do in the standalone, click the “Launch Particle Illusion” button, which will open the PI UI where everything happens.