It’s not worth doing if the properties that the trainer uses are not available to me and some that they demonstrate I don’t have.

It’s really a much better workflow than having everything showing in the controls view at one time.

Jump ahead to the 21 - Node View Workflow video – that might clarify it.

Hi, I can’t find that video in the Boris online videos, i think it has been removed so i can’t look & see,

the Area should be in the Shape dropdown 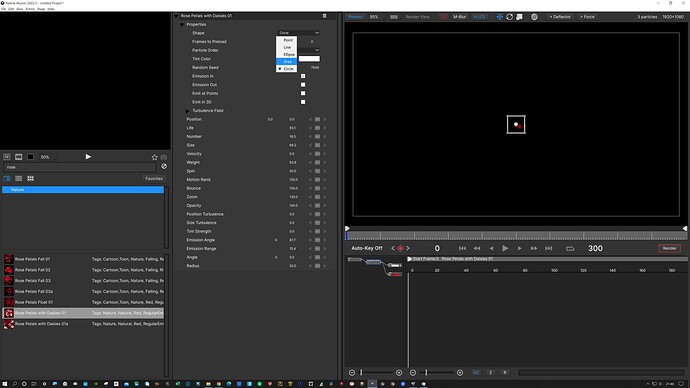 & the only Petals i can find are in the Rose Petal emitters,
Petals is just a name given to that part/shape of the emitter. 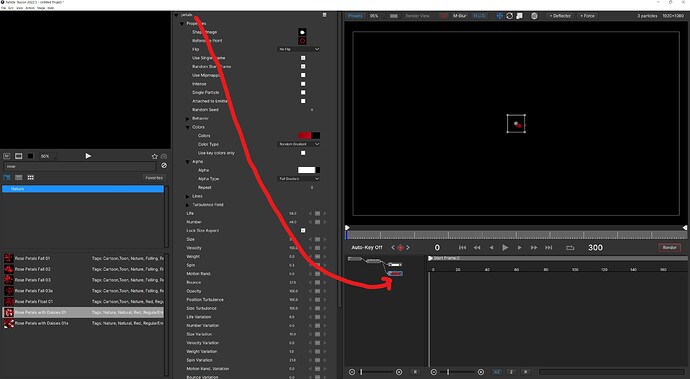 Alan posting at the same time