Can someone from Boris recommend a simple way to reverse a simulation? I’ve looked around the net and the docs but either I’m the first to ask about this or I’m just not seeing the answer.

I’m doing something similar to the Blow Text Away example Blow Text Away with Continuum - YouTube but want to reverse things so that the letters are created from the dust coming in.

My current method is to render from PI and then reverse the resulting video but I’d like to be able to avoid the latter step if possible.

Primary tools are Resolve and Vegas though I have AE as well.

The result of this will be used for an insert in Mocha.

Hi, I’m not from Boris as you know so i hope that’s ok

As you mention i just reversed it in Vegas, I used S_ReverseClip

Did you put s_reverseclip on the clip that also has PI as part of the fx chain? I’m not at my comp or I’d try it.

In theory, reversing time should be possible in any simulation but in the end it all depends on assumptions made during the initial designs. If the simulation is coded so that everything assumes that time moves forward then you’re stuck with that.

Hi,
I added it to the event with PI on it, that way i could work in a lateral sense along the timeline,
I added a bit of blur to the incoming text of the next event, keyframed the blur so the text would blend better as it faded in 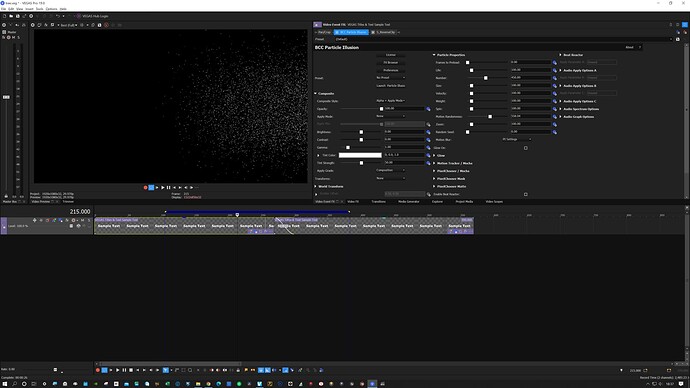