I’m having issues using power mesh with (in this case) a closeup of a face. I chose the best image of the face as my reference frame in Mocha Pro, then performed power mesh rendering. upon completion, I stabilized unwarp on the reference frame. Then in After Effects, I applied the Matte and Rendered as Stabilize-Warp on the reference frame. The results at the beginning of the clip, and in other parts, are included as still images here. How to I rectify the smearing seen at the extremities of the face? Also, I went back to Mocha Pro and got an error as shown in the additional picture. 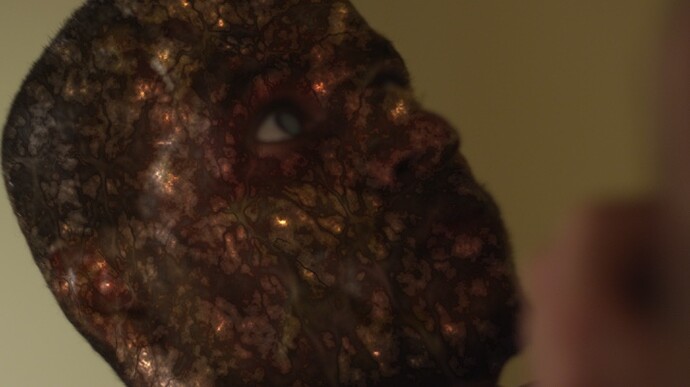 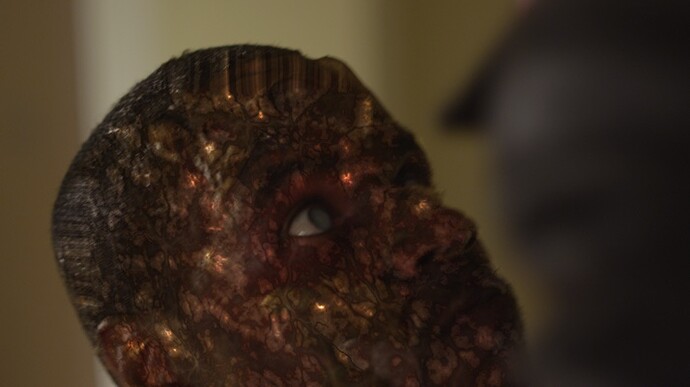 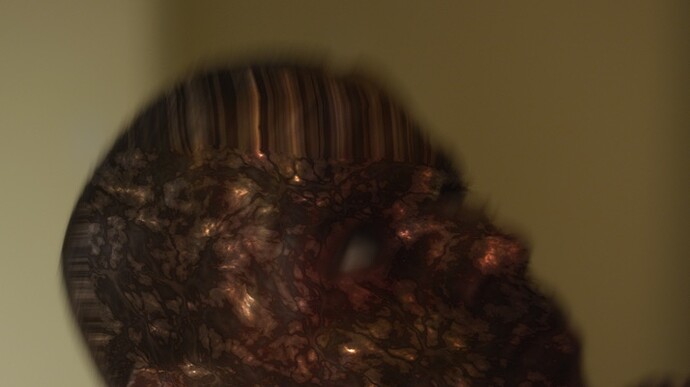 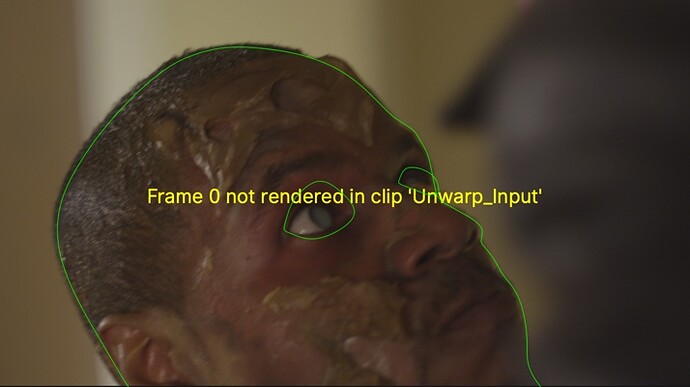 Thanks Mary. The reference frame I used was the first picture in my post - that seemed to be the most of the head possible in this clip. Also, the “drag" lines shown in the other picutres seem to equate to the boundaries of that reference image (?). I’m not familiar with the PowerMesh insert warp. I will look for that.

Additionally, have you ever seen the error shown in the last picture (below)? I can’t redo the PowerMesh tracking with this condition existing.

Also, here is the finished clip showing the errors I am getting.

Sorry for the delay, I was out of the office. Can I see your settings in Mocha? Or have you tried using the insert module with PowerMesh instead in the latest version of Mocha Pro?

Thanks Mary. No problem. I would be happy to share my settings with you, but I will need to understand what settings you need to see. I have the latest version of Mocha Pro and am using PowerMesh, but I’m not familiar with the “insert module” you referenced. Also, in the meantime, I discovered a work around that I can share.

Settings as in a screenshot of the whole stabilize module so I can see what is happening with your options.

But I am happy for you to share your workaround.

I’m not completely sure what you are looking for, but enclosed are a couple of screen shots for you to look at.

Regarding my workaround: Since there was no part of the clip that showed the entire face, I chose the a frame closest to what may cover all the frames as my starting frame for stabilization. In doing so, any frame where a portion of the face appears that was not in the reference frame, the image would be smeared. So, what I did to resolve this was to take the initial stabilized rendering in After Effects and duplicate it the number of times to match the smeared instances in the clip. Then, with each occurrence of smearing, I would go to the worst smeared frame in the run and re-stabilize that duplicate clip in Mocha Pro to that particular reference frame. I would do this for each of the smeared points in the clip and adjust each Mocha Pro rendering for the span needed to cover each smeared area (usually there were two or three instances). Then, I precomposed each re-stabilized clip (trimmed to the corresponding span in the timeline) so that I could then mask (as an Add) the area of the smear replacement. Likewise, in the original stabilized clip, I precomposed it as well and masked the smeared frames to subtract them from the original. This allowed me to match the frames with the correct timing, position, and effects rendering, and repair the smeared areas of the image.

I hope that makes sense. 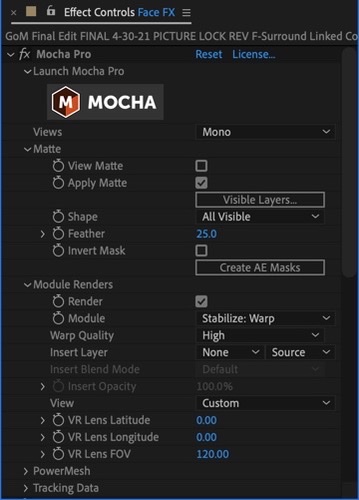 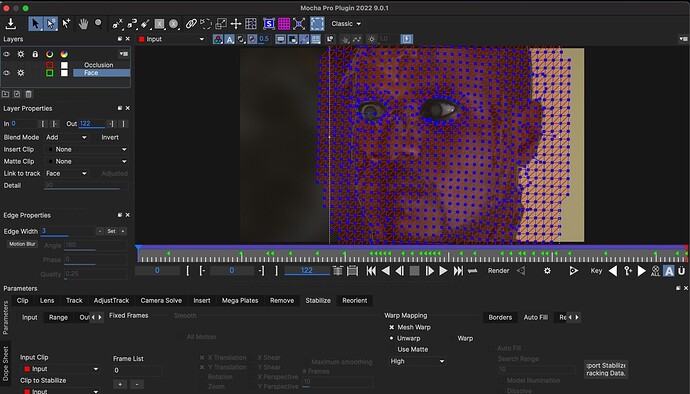 I think your frame list being at 0 where the head is cutting off is going to be your problem. Delete your reference frame in the frame list at 0 and make it the location you can see the whole head at.

Alternatively, use PowerMesh and the insert module to wrap the texture around, no stabilization needed. Boris FX | Mocha Pro 2022: Improved Insert Module with PowerMesh Tracking

Thanks for the suggestion about using a different frame. However, that is what I did initially but then the neck was cut off. It was a catch 22 situation. There were no frames available where the entire head and neck were visible all at once. That’s why I developed the piecemeal approach that seems to be working for the time being, though somewhat labor-intensive.

As for PowerMesh, I’ve been stabilizing the mesh to a reference frame in order to create a frame to which I can apply the noise and veins effect back in After Effects so that the effect will warp properly during movement. But the insert module looks really cool. I’ll have to alter my workflow and change my approach to the effect, but it looks like it is worth a try.

Yeah, you’d definitely have to overlap them in pieces with the stabilize technique, that’s a limitation of any stabilized workflow.

Let me know how using insert works for you, it should solve much of the problem.