when ever i track data and then apply that tracking on object than that object is hidden, so i tried to put that tracking data to null object and than parent my object to the null but than its not tracking the object

Typically there is no issue pasting tracking to a NULL object in AE, however, if you are using a corner pin/perspective it is not the ideal solution. Have you watched the Mocha Essential training series to understand the SURFACE tool and the tracking data?

@nuhailbabar
Can you please share a screen recording of that " hidden object" issue? Does it jumps out of frame, after you apply tracking data to the layer?

thank you for your quick responce. i had record the problem kindly check it,
tracking is invisible on object maybe because of not same anchor points but why if i apply on null object then parent it to object so then tracking not working on object

Please allow the view access to that video on google drive

kindly check it its now on viewer mode, sorry for trubble

Hi, I think it is working but your balloons layer is small & the balloons themselves are smaller,
In Mocha after tracking or before tracking, you need to turn on the blue Planer Surface at the top of the screen & position it where you want the balloons, on your image in AE the five little white dots on the child’s hand represent where that blue Planer Surface is & that is where your inserted balloons will be placed,
Try enlarging the balloons until they fill the screen,
like this 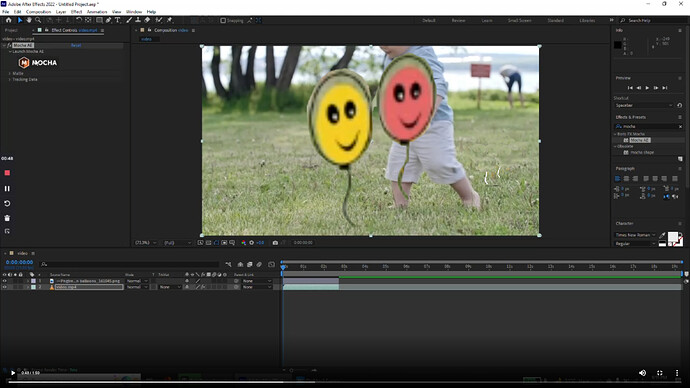 Then precompose that layer, Move all attribute … , 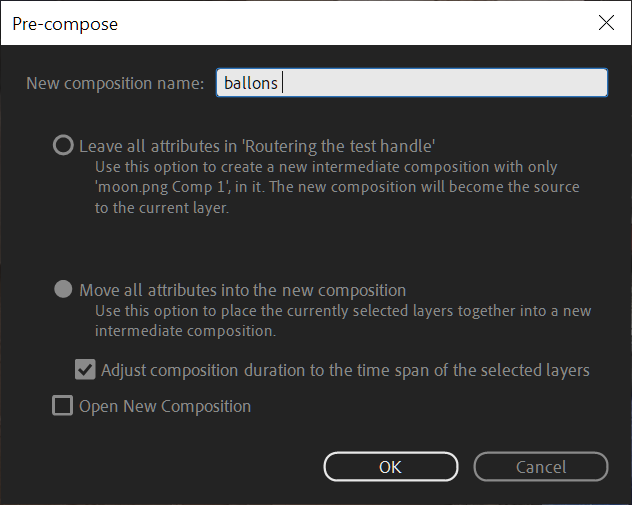 & when you Apply Export they’ll be seen,

Ok, I see now. Thanks for sharing the video

Well, first, it’s always better to work in Mocha in Full resolution (if only that’s not some crazy 16K footage). Before launching, Mocha gives you the warning window, saying that you’re not working in full res. You should set up that manually in After Effects, see the attached screenshot.

Next, you can not export Corner Pin data to Null Layer. Well, technically you can, but that wont give you any effect, cause that’s not how Corner Pin works. And that’s what you getting right now. Instead, if you want to apply track data to Null, you should export “Transform data”, and not the Corner Pin.
Try that 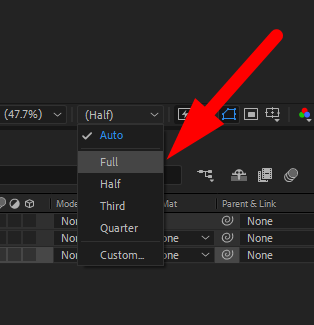 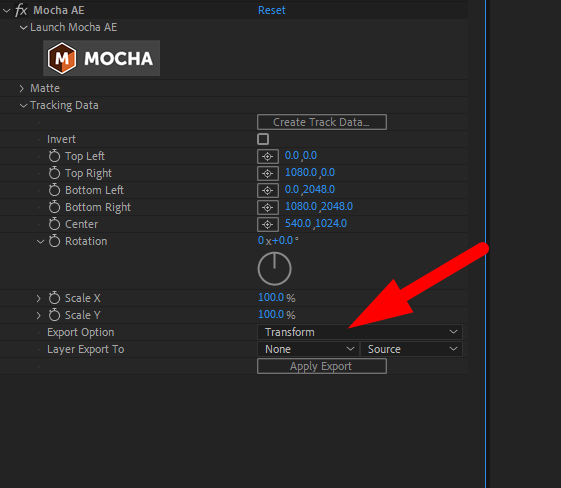 Hi, thanks for your cooperation kindly clear it if i apply tracking on null object so then what should i do? The same process making pre-composition etc

Hi, I was wondering about that, in the video it does show Full? 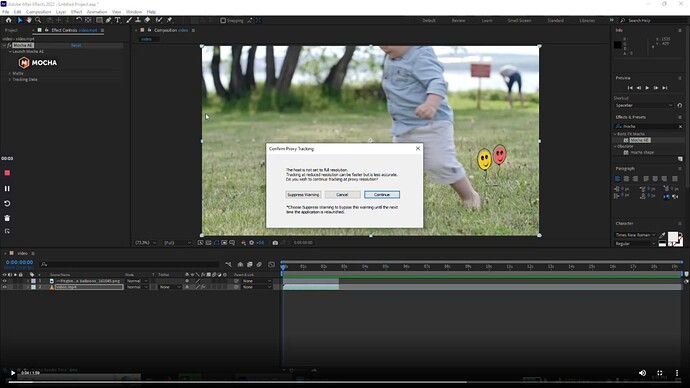 well its working now, thank you so much for your help

Yeah now i noticed its already on full resolution

Corner Pin pretty much pins the four corners of you balloon layer to the four corners of the blue Planer Surface, so wherever you put that blue surface in Mocha will be where the balloons will be placed but they need to be full screen size orig to be able to see the,
Pre-composing the balloon layer after you’ve increased/scaled the size of the balloons sort of locks in place those increases in sizes you applied,
Prob easier to just apply the data to a Null as you did, you don’t need to precompose, but as Elizabeth says it has to be Transform not Corner Pin
Glad you’re pretty much sorted

PS if you just want the balloons too follow the hand, it might be better to track Translation only, that way the balloon image doesn’t get distorted,

It’s in brackets, that means it is set to Auto in AE

Thanks, ah I see, scrolling/zooming changes that to (Half) (Quarter) etc.