Recommendations for roto or keying, with a talking head?

I’d like to key or roto out this talking head so that I can put elements behind but I’m unsure what the “best” way to go might be. I don’t have much experience with roto and Continuum has so many options, I’m kind of stuck wondering which of the 10 similar keying tools is the right one for this job. I’ve got both Continuum and Silhouette and can get a pretty good roto on the main body so far.

So, is there a key tool that would handle that background (and the similar colors in his face) or should I press on with roto’ing and manually keyframing some subset on the head track? 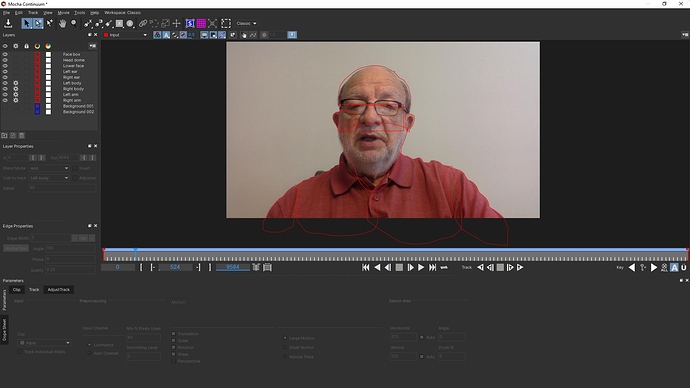 A difficult shot, for sure, but not impossible. I would suggest pre-treating the footage with some color correction filters and then taking the result of this and keying it as much as is possible using Primatte Studio. Then you can use the integrated Mocha tools in Primatte Studio to complete the job.

If you want to send me a sample frame I’ll give it a shot and send you the result.

Thank you @PeterMcAuley I should have thought of that. I’ll admit I have a bias against creating extra steps but it seems kind of obvious now that I should try to make it easier on mocha if I can. Let me see what I can do with that info. I may still ask for help later

@PeterMcAuley well, that was unsuccessful

I suspect I’ve got more of a learning curve than I thought in order to get this footage keyed. If you’ve got some expert magic I can learn from I’d appreciate it. 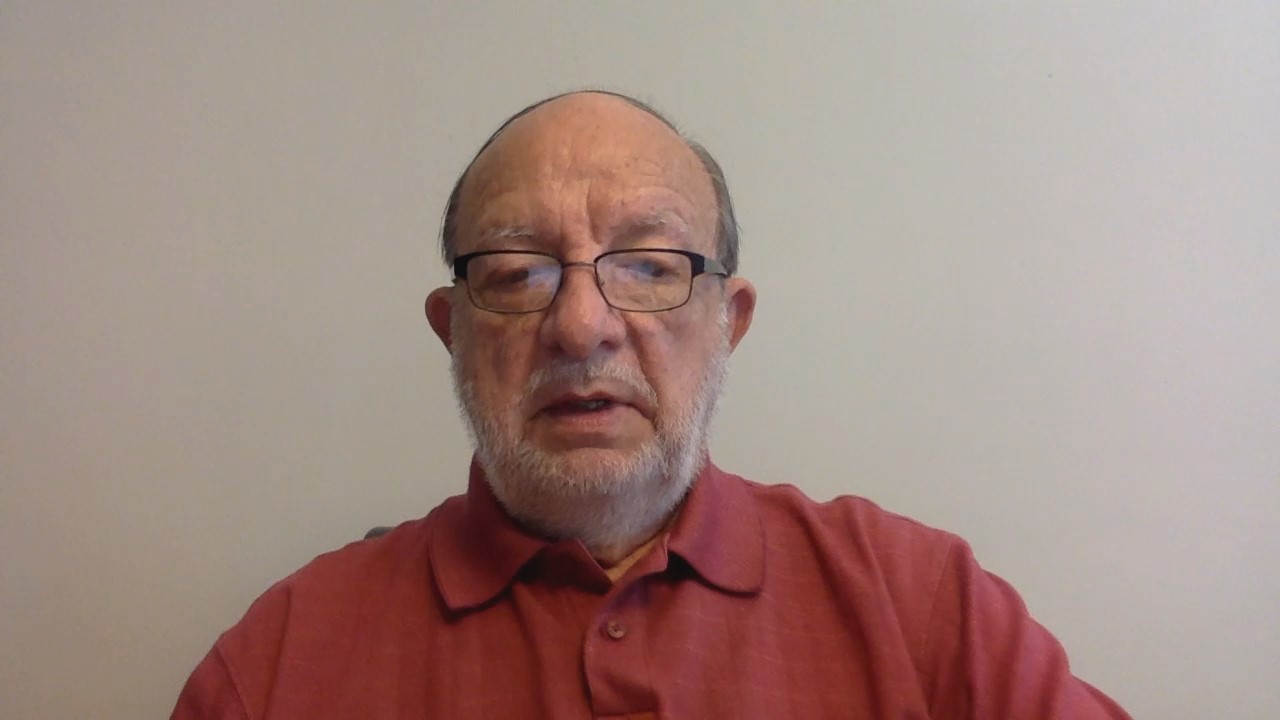 One approach I tried was to give mocha some strong edges to work with but that, probably no surprise to people over there, was no more successful than just tracking the original footage. 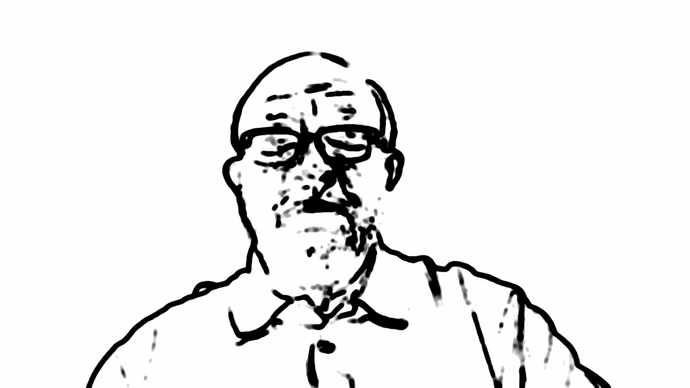 Hmm I pursued the cartoon track again and might be getting better results than this morning. I’m still interested in any recommendations you have @PeterMcAuley

I’ve downloaded the image (thanks) and I’ll have a go at processing it now.

I took a quick shot at this and wow, that’s a tough one.

So I think that for something like this, we’re not really going to be able to pull a good matte easily, it’s going to be a compositing process and would be best done in After Effects or some other compositor instead of attempting to key it out in the NLE.

I used the AE Curves feature to distort the color in the shot and make it more contrasty and then I was able to key off most of the BG. Then I had to use the integrated Mocha masks to cut away some of the BG and to add opacity to some parts of the FG. There was only one area that I think needs heavy roto, that’s on the left side of his face (his left, not camera left) where the BG shares almost the same color/luma values as the side of his face.

I can’t spend any additional time on this today as I’m quite busy with other tasks at the moment but I’ll keep this in the background and chip away at it and once I have something worth showing I’ll send it your way. I’ve attached a screenshot of where I have it currently. If you want the AE project let me know - happy to send that to you.

Thanks @PeterMcAuley, any input is appreciated.

I spent some time yesterday working with Silhouette and Power Matte and was getting really close but my machine is underpowered for Sil. It really wants more than 16G and probably another 4 cores, and my machine wheezes when getting into fine tuning a matte like that.

@PeterMcAuley I realized as I was pursuing this is that what I want is the magnetic freehand tool combined with a flood fill. The magnetic tool does a really good job at finding the edges in the imagery and it appears from tutorials that magnetic snapping of points works really well in full mocha. It would be perfect if I could combine that behavior on a frame to frame basis with a color fill to fill areas inside or outside of a shape. I wasn’t able to find such a beast in Silhouette, is there by chance something in Boris’ stable of tools that would do the trick?

@michaelh Hi Michael. Yes, that’s totally possible in Continuum. Use the BCC Tritone filter and set the color chips for the black and white color to be the desired fill color (they should be the same color for the result that you have in mind) and disable the use midpoint color switch. Then launch mocha from within the filters PixelChooser group, grab the magnetic lasso tool and generate the spline shape that you need. Once you return to the host the result will be a solid color fill contained within the mocha shape.

@PeterMcAuley That gets me soooo close.

I think the roto is going to be a killer at the moment. I’m doing this job as a volunteer effort so spending days on roto isn’t going to be reasonable.

Note that you can combine pixel based mattes with the mocha roto masks … just twirl down the Matte section in the PixelChooser and you will find a variety of different ways to augment the roto with user definable mattes. Sometimes that can shave many hours off a more complex roto project.

@PeterMcAuley Ahhhh, that’s gotten me much closer by playing with the matte controls. I could get what I think will be an acceptable separation between the speaker and key and augmented it with mocha masks for the areas that couldn’t be keyed out very well, along the outer parts of the frame. Running the frames through deflicker in Silhouette helped with the initial keying too by evening out the lighting overall, something I had to do anyway.

I’ve still got some tweaking to do with the mattes (example near his right shoulder) but I think this will work. Thank you! 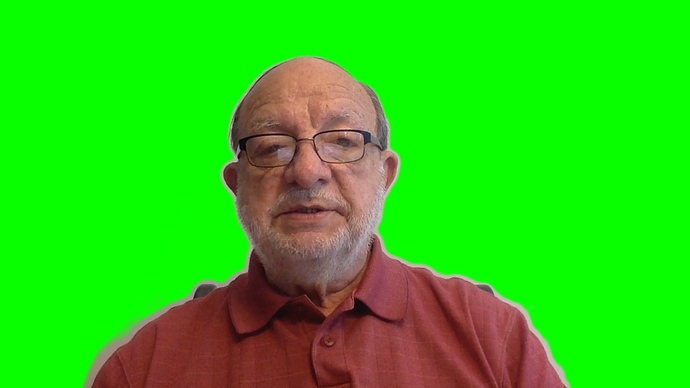