I have a movie of a camera below a helicopter in front of a completely blue sky. The helicopter should be removed.

Can I remove using the Remove function of Mocha Pro static parts in that image while the background is changing?
The basic idea would be to use a cleanplate that is then blended seamless in by the remove module.

I tried to do it according the tutorials but it did not work, see the attached image 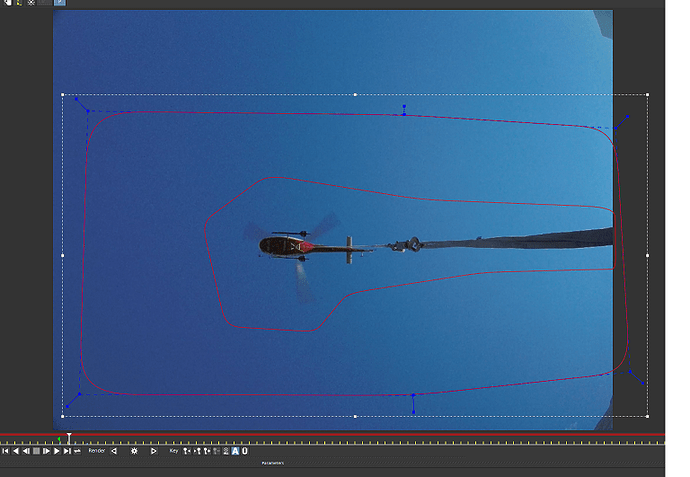 it is possible to remove an object but it’s also time consuming depending on your computer power
plus it’s always best to track your helicopter first, if one method fails, try other methods of tracking

worse case, scenario, you’ll have to track the chopper in AE and remove them frame by frame (but then again, that’s just a last resort)

have you tried checking these video tutorials of the remove module?

The main issue is going to be tracking anything in the background if you have no texture detail. If you can track the horizon below the sky accurately, you may get a better result. I could not see your attached image.