Hi, just found that GStreamer has been added to render as .mov, loving that, thanks,
But i’ve still got a mountain to learn about Silhouette,
trying out the GStreamer i just wanted to render out this moon without the black,
I removed the black with Math Composite, don’t know if that’s the best option, still learning,
I’ve tried alsorts, disconnected or lowered the opacity of the background… but whatever configuration i use all i get is the black sq of the image with an alpha background

Can someone point me in the right direction,?
Thanks 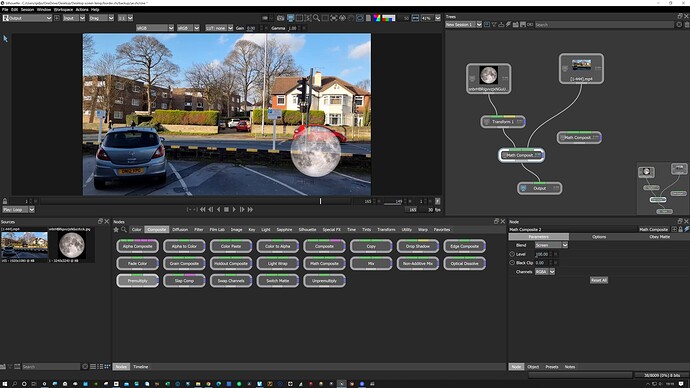 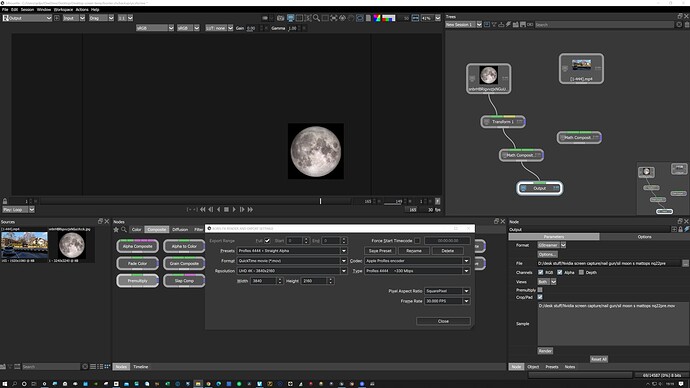 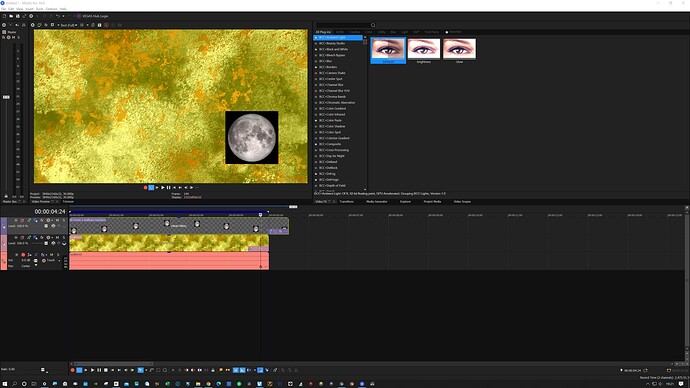 You would need to create an alpha channel for the moon. Use the Roto node, create a circle around the moon and then render it as RGBA.

Thanks, i suspected that but thought I’d be able to get away with just removing the black

Like i say thanks for adding the .mov render option

Just need to work out how to remove the black lines around the edge that aren’t in Silhouette, to be honest though i’d create a transparent png to start with, but this is just practice 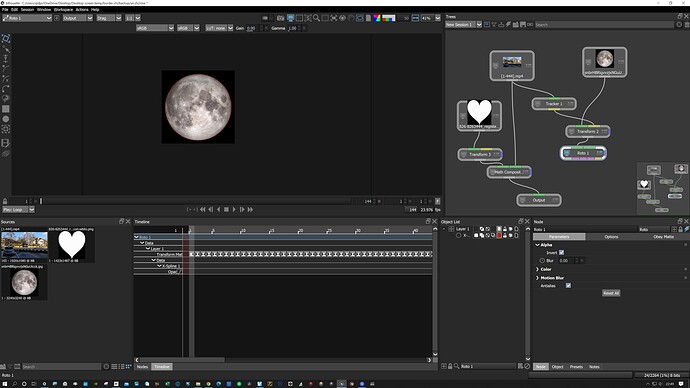 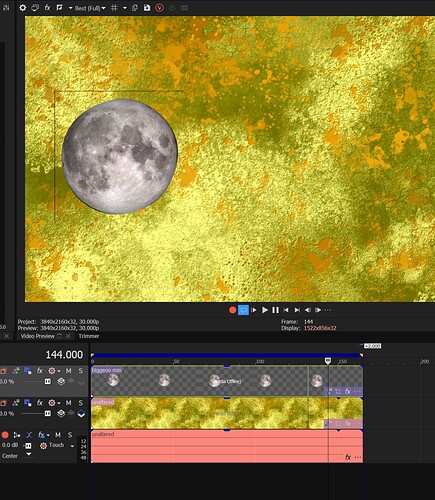 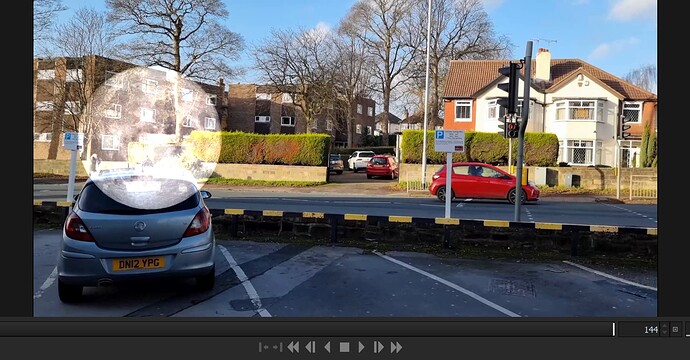 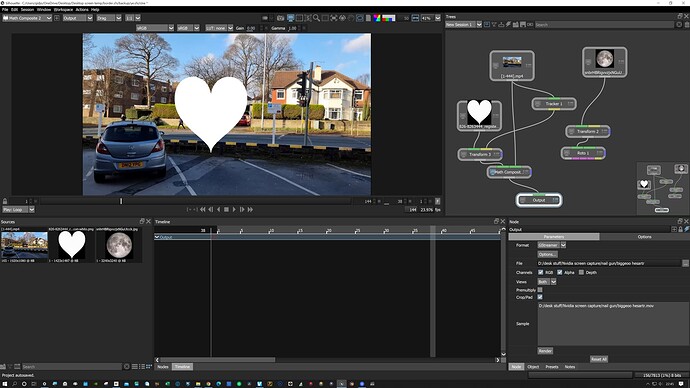 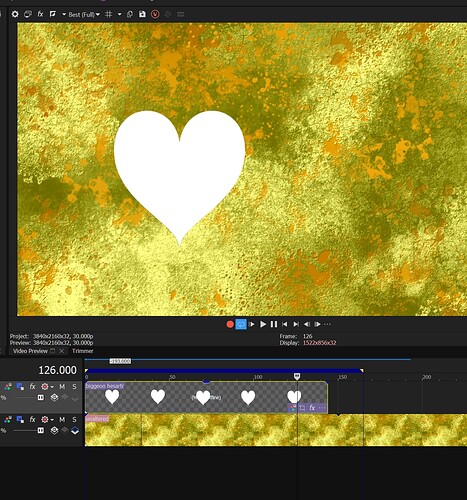 Here’s a different closer view with the two clips in Silhouette blended, the border is part of the rendered clip, something to do with the Roto not removing the whole of the outer black area 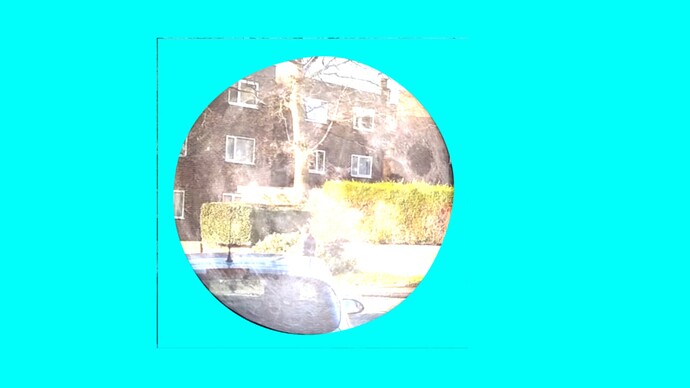 It’s hard to tell what is going on here without getting the project and footage.