I’m trying to stabilize 360 footage, and after tracking I click on the reorient tab, but nothing is available. It says “this module is used to reorient VR 360 footage. To stabilize standard footage, use the stabilize module.” I’m following this tutorial. Does anyone know why I’m not able to reorient? Mocha VR: Reorient & Horizon Stabilize - YouTube 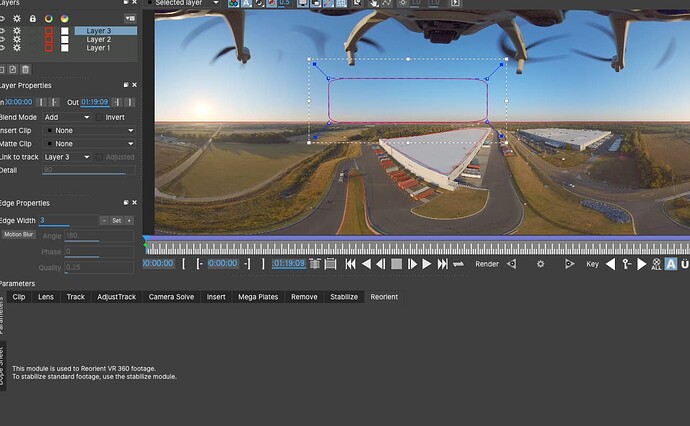 This is because you have not started your project in 360 mode. Mocha needs to know the footage is a 360 format when you start the project.

If this is in the plugin, you need to set this value to the correct 360 format before you launch Mocha: 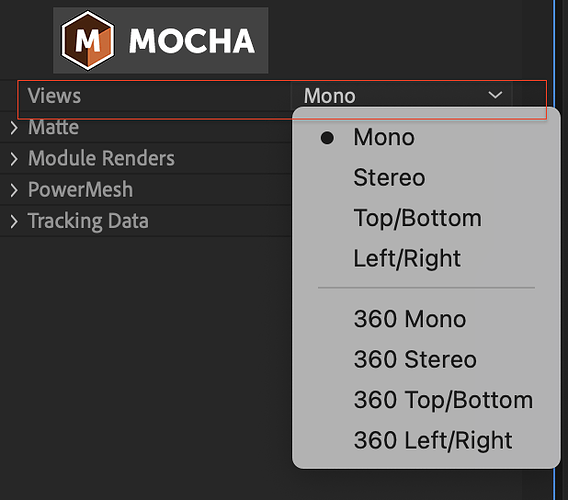 360 mode618×544 44.7 KB
I’d recommend closing Mocha and changing this value first before you do anything else.

In standalone you need to set it in the new project dialog:

Although you can set Equirectangular mode later in the Lens tab:

If you have already tracked, you may need to redo your layers when you switch to 360 mode.