Sapphire FX - Adding an effect to text makes more text appear all around the page?

Whenever I add an effect to some text with a Sapphire effect like chromalicious or carved dementia, the text in the box becomes invisible but then there’s the same text around the rest of the composition.
Has anyone else experienced this or know of a fix?

Hi, can you say where these effects are, i don’t recognise them, i’ve searched Boris site & Googled them,
I also Googled to see if they were Fonts, no clear search results

Also what host are you using? Thxs

I’m on Adobe After Effects! 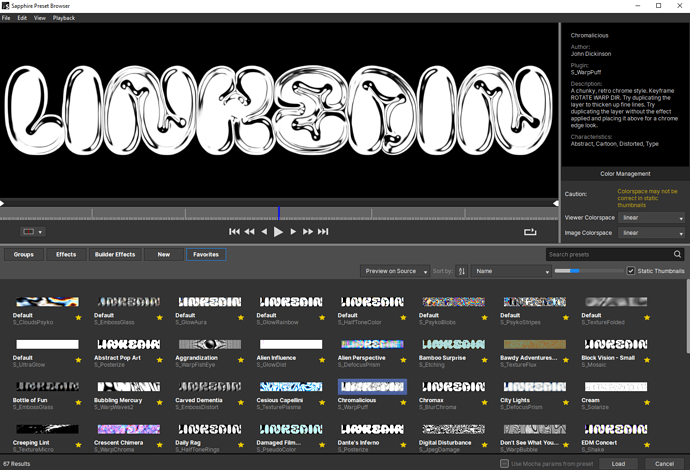 The second screenshot tells a sad story of modern UI. To get rid of the extra text, scroll down the timeline a bit until the Wrap X and Wrap Y effect controls appear, change “Reflect” to “None” and voila!

For less scrolling, go up to the After Effects menubar and select “Effect Controls:” from the Windows menu. A panel will pop forward to keep the controls visible and easier to use.

On second look, since you are using S_Effect you will need to click the Edit Effect button and select the Warp Puff node (or EmbossDistort) to get at the Wrap controls. Wrapping works the same for all the Distort effects.