GStreamer
Import of movie file formats is supported through GStreamer which is a versatile media handling library for reading various codecs and footage containers.

External Monitor Support
Silhouette can now be displayed on an external broadcast monitor when using a Blackmagic I/O device.

Drag and Drop Import
Dragging and dropping files/folders from the OS file system into the Sources window automatically creates sources for any sequences that are found.

OFX Blacklisting
On Mac, the unsupported CineMatch OFX plug-in was blacklisted to prevent it from loading because it was causing a crash on load.

Plug-in: Resolve > Fusion Page Hangs
The Silhouette plug-in hung when trying to load images when opened from the Fusion page within Resolve.

Linux GStreamer Console Errors
In the Linux console, GStreamer module errors may appear and are related to hardware accelerated decoding if certain libraries are not installed. These are benign errors and can be ignored. However, to remove these errors, please follow the instructions here: Hardware Video Acceleration

Congrats to the Silhouette team on an excellent release!

Deleting A Note Node Caused The Viewer To Go Blank
When a Note node was deleted, the Viewer went blank.

Auto Color Action
Actions > Edit > Auto Color sets the colors of selected shapes, layers, and trackers based on the 16 colors defined in the Color > Object Colors preference. If more than 16 objects are selected, the colors repeat.

DOD > Formats
To the right of the Size controls, a new Format icon opens a list of preset Session sizes. Selecting one automatically sets the Size and DOD parameters.

Color, Color Bars, Checkerboard and Alpha
Added a Channels pop-up menu with RGB and RGBA options. There is also a new Color parameter in Checkerboard. 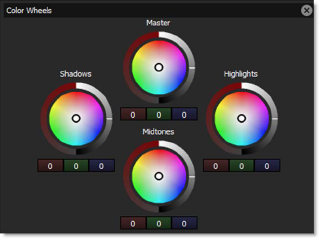 Timebar > Prevent Field Dragging
Added a lock icon in the Timebar to prevent drag adjustments in the numeric fields. The default state of the lock is controlled by the User Interface > Timebar Field Dragging Lock preference.

Removed After Effects Save Requirement
It is no longer a requirement to save the After Effects project prior to opening the Silhouette interface. This was an issue when running After Effects in Adobe Teams since Teams doesn’t have a way to save projects like the desktop version.

Scripting > Paint
There is a scripting change involving Paint > Presets. Old presets (“preset0-preset9”) are converted to a new format on load. Presets are now stored in a paint node “presets” state object which is a list of maps.

Image Generators / OFX Plug-in Crash
Image generator nodes, like Color and Checkerboard, when plugged into an OFX plug-in would cause a crash.

Power Matte Didn’t Work In Plug-in
Power Matte in plug-in projects had no effect in the host application.

Transform Crash
Silhouette crashed when a Roto node (without a source input) was connected to a Transform node and then into the zMatte > Holdout Matte input.

Linux GStreamer Console Errors
In the Linux console, GStreamer module errors may appear and are related to hardware accelerated decoding if certain libraries are not installed. These are benign errors and can be ignored. However, to remove these errors, please follow the instructions here: Hardware Video Acceleration