Silhouette and After Effects / is it crippled?

If I run the Silhouette App I get these node folders:

If I run Silhouette as an Effect in After Effects I only get these node folders. 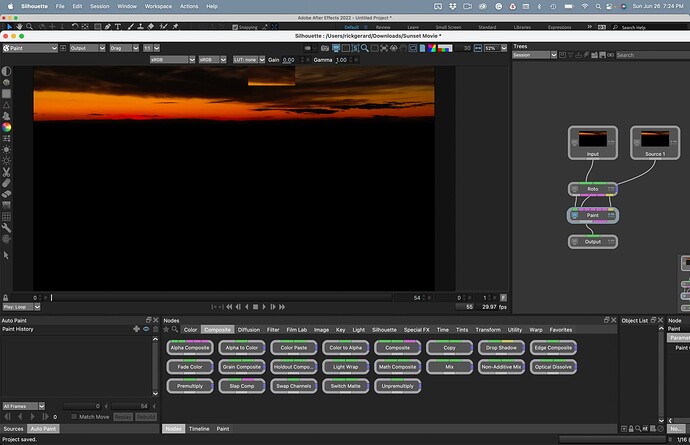 This is what I get when I run the app: 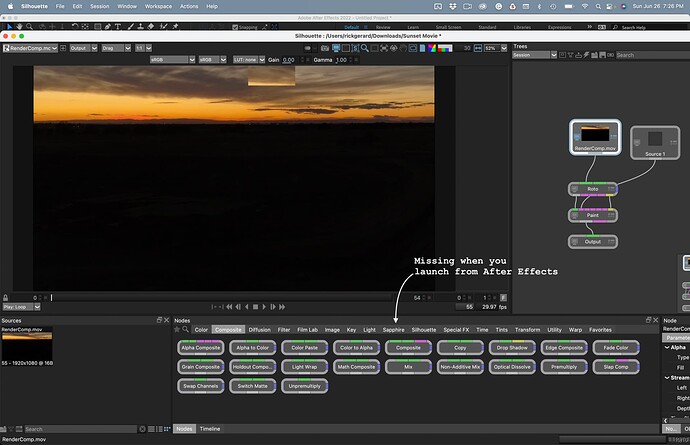 There is a bunch missing. Am I missing something or is this a Bug or done intentionally by design.

Thank you for the info.

So I guess my question is, how do you migrate footage in After Effects comp when it is color corrected, trimmed, or pre-composed to the Silhouette stand-alone? I can open the saved project from AE, but the footage is missing. I think I need to Pre-compose the layer, render and replace it in the comp, then add the footage to the project, somehow replacing the empty source node.

Pre-composing the layer, rendering and replacing the source in the standalone would be the way to go.

That is what I thought, but I have not been able to figure out how to replace the source yet. I can add a source but can’t place it in the input node.

Thank you, Marco. I’ll give that a try.

I still occasionally have problems opening Silhouette for After Effects. If I catch crash problems, I"ll try and make a screen recording of the problem and the solution.