Spline point jump far away for no reason 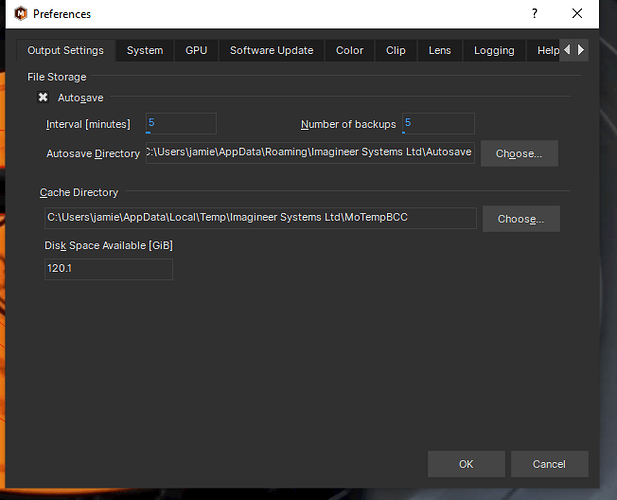 I could really use some help. After several weeks of smooth operation suddenly mocha is giving me a lot of trouble.

Can’t render anything inside mocha without running out of memory. I have 64 gigs installed. When I render or do a big track i see the memory usage going up to almost 64g and then it runs out. I have the cache set to a large external drive with almost a TB free. I have based a workflow around Mocha and suddenly I’m behind and can’t get anything done. HELP!!!

Can’t help but wonder if you’d have the same problems in the standalone Mocha as the AE plugin. From your video above, it looks like it’s having trouble getting a good track. Maybe try a smaller shape, while usually distant horizons won’t throw fits acting like separate planes, the lack of detail in drone shots like this can cause issues. sometimes 2 smaller shapes in areas with better detail will work better than 1 big shape. Maybe increasing contrast will give it more to grab onto as well.
Have you tried deleting those 2 points on the left that are jumping and tracking the smaller shape?

Hi thanks for the reply and effort to help. It’s really appreciated. I will give that a try. I have to say that I don’t believe that it’s the method, I’ve been doing that kind of thing for a month without problems but suddenly the thing has gone haywire and is preventing me from doing almost anything that requires keyframe adjustments to the track. I don’t get that weird behaviour unless I add a keyframe.

Have you “anchored” the track by providing keyfr’s at the beginning and end of your shot - I have no specific knowledge here but it almost looks it’s trying to interpolate to some “Goal” position that is an infinity away spatially.

Just a suggestion, probably not an answer, sorry …

And one more potential red herring - it might worth garbaging out the rotor’s, the one top left on your example looks like it might be on a seam - sometimes in my experience mocha can see these single fr glitches a movement.

Again probably not a solution but still …

That isn’t “normal” but sometimes we see it when the tracking data and the lens warp for the scene react together in unexpected ways. I think we need to do some testing on our end.

I’m having the same issues with a long pan shot after installing the latest version of MP running in AE. I’ve been beating my head against this trying to get good tracks for a camera solve for two straight days now. A couple splines are jumping out of frame so far I can’t reach them, memory errors (I have a 6tb SSD RAID 0 array over active Thunderbolt that I use for my scratch), and Input Source all of a sudden doesn’t contain the shot. Close & reopen Mocha Pro AE plugin will allow me to track a little farther back until the memory error happens again. 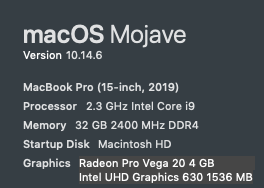 Yeah. Never solved the problem. Seems like a bug? I had to give up on that shot. Not good.

Hey Mary. How is that testing going?

Your problem sounds like the surface going behind the camera. I am going to tag @martinb in here in case he has more info.

Thank you for the specs,
Mary

We are still working on a solution.

Which card is set in your Mocha GPU settings @tobydz? If it’s not explicitly the Radeon, try setting it instead of “automatic”.
Also reduce your memory consumption in the System tab to about 40%.

Try setting that and rebooting AE.

How large is the footage in resolution and frames?

Thanks for the quick response, Mary. I’m still trying to get this pan shot tracked. Fortunately the memory errors seem to have subsided. I’m panning for a 3D 747 taking off at Mccarran Airport here in Vegas (for my fathers eulogy video no less). I smoothed it out with Resolve 16, ensuring there isn’t any warping, exported it ProRes444 into AE, then fired up ole’faithful MP. Guess I’m not as slick as I thought with Mocha yet cuz now we’re on day three. I’ve tried everything I can think of… contrast / B&W footage, masking out the sun, tracking every possible surface or background element… swearing profusely, binging on ice cream… ungh. Sorry not trying to hijack this post. If anyone is bored and would like to glance at it, I put a 1080p YouTube version up HERE

Toby,
Can you share the original footage and describe your goal? What are you trying to track? Is goal to replace something on the fence OR replace BG?

I will download this and take a look today. Can you, as Ross says, tell me the goal so I can try to see what is going on with the track?

Hey Martin! 'Preciate the follow-up. Admittedly rather large, 4096x2160 comin in at a whopping 5.33gb rendered in ProRes4444. Right now the GPU settings are default on “automatic”, 256 mib reserved for texture memory, and max memory is at 80 (which I will drop to 40 per your suggestion). I haven’t seen the memory error since last night thankfully, so at this point, I have only a couple questions (if I may):

Can’t thank you both enough for taking the time to entertain my questions. I really appreciate it.

@rosss OK I created a DropBox share HERE with the original camera raw footage as well as the transcoded / pseudo-color corrected version in ProRes4444 I’m using in AE / MP. Also, I did find the Mocha log file and it looks like it was doing a TON of swapping. I’m going to find the MP equivalent of proxy files.

The goal of this endeavor is actually a personal one. My father, who was a 747 check captain for Flying Tigers, passed away recently. This VFX sequence is the closing shot of his “eulogy video” for the funeral. I have a fully functional Tigers B747-200 model ready to go in Element 3D. I’m sticking him at the end of the runway at Mccarran Airport here in Vegas. A few seconds in, the engines spool up and the plane starts it’s takeoff run down the runway, picks up speed, rotates at around the middle of the pan, lifts off, retracts the landing gear and some flaps, then just disappears in the setting sun. I already solved the issue with the chain link fence; I’m going to duplicate the base footage, convert it to b&w, create a luma matte,
and then a mask to restrict the area to the airplane, finally push down the luma source layer position so only the upper part of the fence that doesn’t have any background elements in it serves as a the fence layer that lies above the plane. Piece of cake, right?

**Files are still uploading as of 9pm PST

OK, I will see if I can get a solve this morning. Give me a bit.

Though I am not sure how well we will be able to animate a plane based on a Mocha Po camera solve, usually the world scale isn’t perfect because we are using so few planes of motion to track.

My condolences for losing your father, that is a terrible thing to have to experience. I wish you and your family peace in your mourning.

I will do what I can do today, give me a bit, this sounds tricky.