I am new to Mocha but I am trying to stabilise some shaky 360 video and had heard that Mocha Pro would be useful to help me do this. I’m using the learning mode initially to test it out but happy to pay for the subscription if I can get it working. The issue that I’m having is that there is no horizon in the short and the clip is several mins long with people dancing around the camera on a dancefloor. There’s some shaking of the camera from people dancing close to it so this is what I am trying to stabilise. I’ve played around with tracking several areas and I think the tracks are generally ok but when using the Reorient mode, I’m finding that it still isn’t removing all of the movement in the shot (although it is better). My question is basically what would be best to track in this shot to give me the best result? From what I’ve read, I’m best trying to track an area near the horizon but there are often occlusions with people moving so I am having to do several sequental tracks and overlap them to deal with this. Am I better off tracking several different co-planar areas simultaneously and overlapping them or a single area higher up which can be followed throughout the shot? Any thoughts or suggestions that anyone has would be really appreciated! 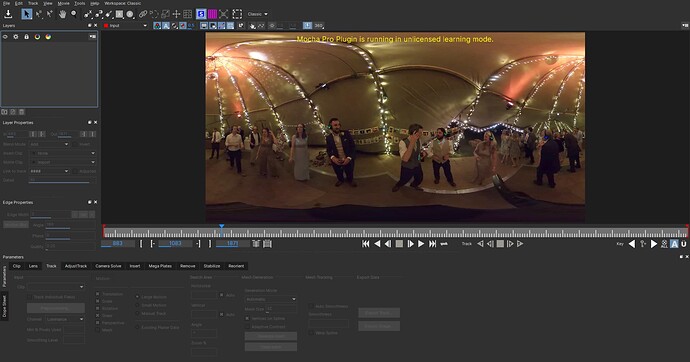 It can be difficult to say without seeing the shot in motion. You might simply try tracking one of these areas above the heads like here: 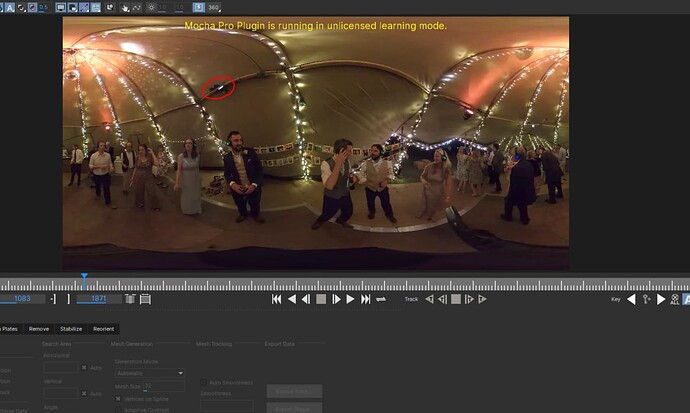 If you want to post the video for me to download, I can check it out. Feel free to private message here.

Hi Ross,
Thanks for taking the time to reply and for your advice. I had tried tracking this area but still got quite a bit of camera movement despite a seemingly good track but perhaps I’m doing something wrong… Happy to share the video with you although it’s a pretty big file as it is a couple of mins of footage - am I able to upload it here or is there a file size limit? Also, just as I’m not familiar with the forum set up, how do I private message you specifically rather than posting a public reply?
Thanks again,
Andre

Andre,
If you would like to upload the clip (or even a portion) to a shared service like GDrive, you can privately email me the link. Email RossS (AT) BorisFX (Com).