I’ve tracked a background layer, and created a clean plate. Someone’s head passes in front of the background that I’ve cleaned. I’d like to use interpolation to make the plate match the lighting.

I rotoed the foreground person, but I’m not sure how to get it to subtract from the cleaned background. There is a big halo around his head at the moment.

To update: for some reason it looks like it’s subtracting the matte of a layer that’s below–one that I’m using for tracking. Pictures attached. 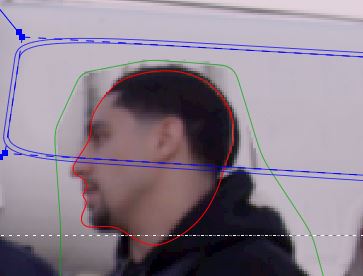 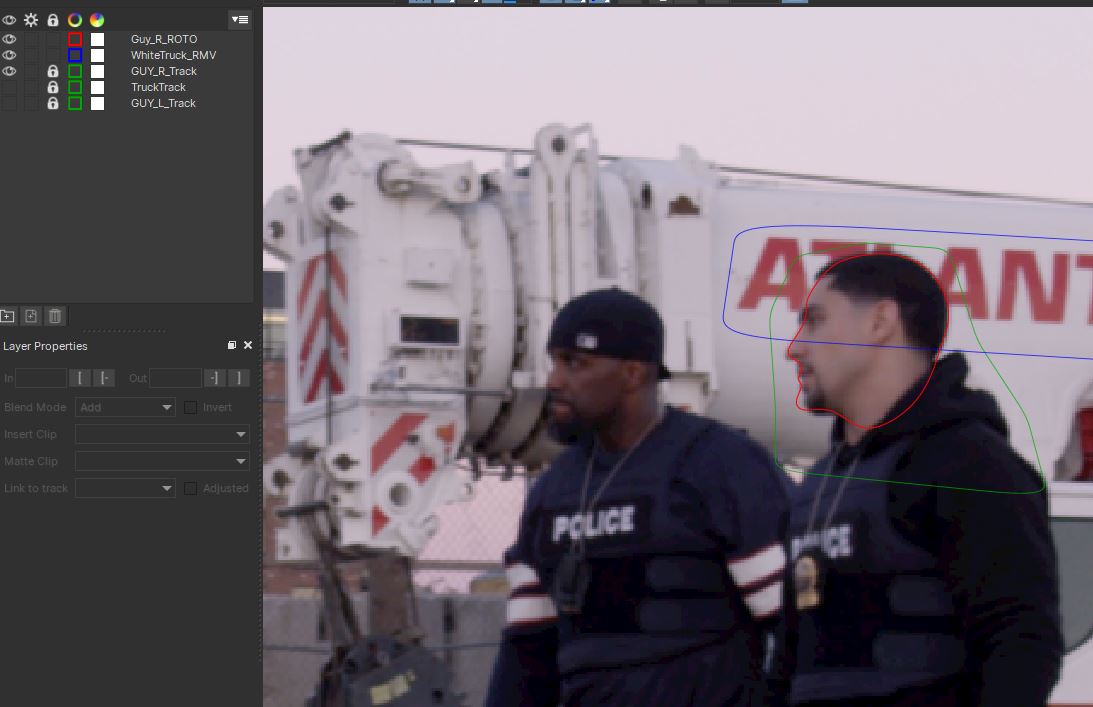 You are better off removing the head and the logo together, then compositing it back over the top in your comp with accurate roto.

Try that and let me know if it fixes your issue for you.

So, are you saying that I should remove his head from the clean plate, and then in After Effects add his head back on top in another layer? Or can I do that in mocha, by subtracting an accurate roto of his head from the removal matte?

I am saying, yes, remove his head and the logo together, then in AE composite them over with a good matte from Mocha. I wouldn’t do it in the same remove, the results won’t be as nice and you won’t have as much control over the edges.

Ah, ok, gotcha. One more point of clarification: I was using a moment in the video where his head doesn’t occlude the truck for my clean plate. The problem with that weird halo (which appears to be stretching out to my track layer, in green, for some reason) is that it’ll show up even if I roto his head back on on another AE layer. Hence, the reason I was trying to subtract on the same instance of the Mocha plugin.

Should I instead pick a frame where his head DOES occlude the truck?

Not necessarily, you should just be able to overpaint whatever cleanplate you are using, which is to say, paint more frame than you think you need to in the cleanplate.

Ok, gotcha. I think there’s just one thing I’m confused about: I used those other (green) garbage mattes to ignore the two guys in the foreground so I could track the movement of the truck in the background.
-When I delete those mattes, the clean plate does a good job of cleaning up the truck and tracking. But interpolate mode pulls in some of the guys’ heads (which was what I was trying to eliminate initially).

Put a small, slightly overlapping mask to cut them out of the bottom, right at the bottom of your BG shape and hold them both out. Just make it a big, fat garbage mask. That should hold them out of interpolate.