Tracking Still good (1 of So, I’m working on training from FXPHD where Mary runs through tracking a truck (NUK232). Initial track is great. Once i start tracking forward, I get the surface (and the grid) start disappear on previous frames. It was happening in 4.1.2 (OS X 10.10.5) and still happens in 4.1.3. I saw the thread about the surface going behind the camera from 2012, but I’m not sure if that bug is still relevant or not. 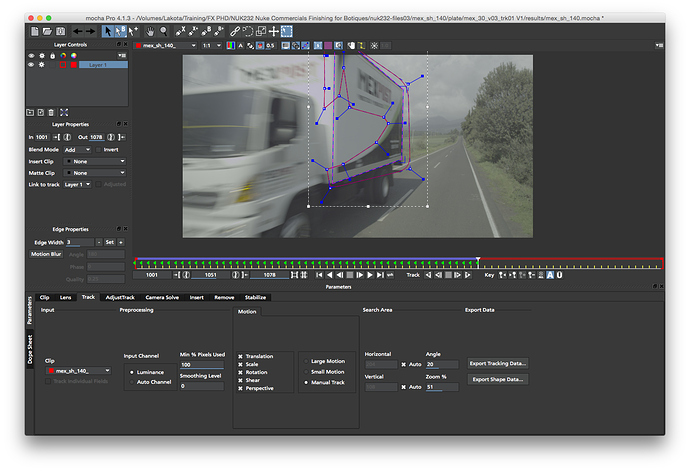 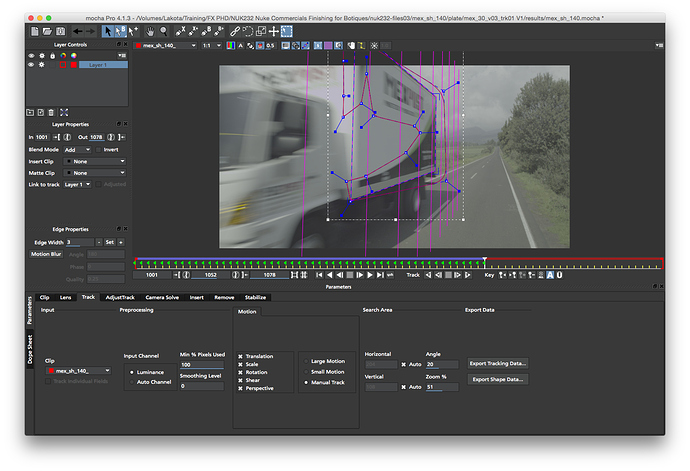 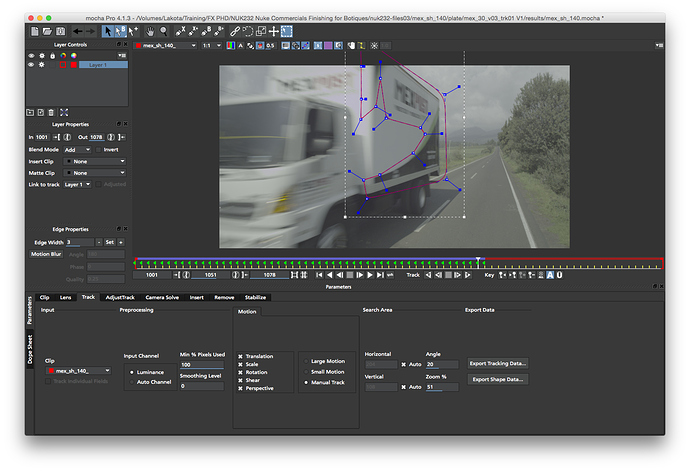 Hi there, this is the surface going behind the camera. It’s not something we can actually create a bug fix for, as it is a limitation of our unique algorithm. To get the surface tool back, hit “align surface” and then reposition the surface, you should get your surface back in action.

Mary - Thanks! That did get me back the surface, but while moving it, when I get to the fourth point, it goes haywire and I am stuck in an infinite dialog (i hit okay or escape and it continues to show up):

Try retracking that section with shear and NOT perspective checked on, that should write over the problem perspective data that is causing this issue. Can you try that and let me know?

Had to change it to Large Motion to not get it to freak out one the surface leaves the screen, and then, even with creating keyframes, changes in a latter frame of the surface affect the frames before it.

I’m sure I’m doing something wrong.

Started the track over from scratch. Get up to the end and I start manually keying and one of the surface corners now takes movement from later keyframes. Only lower left corner exhibits this behavior. removed and created new keyframes on the latter frames. Is this some stored tracking data that needs to be overwritten somehow?

Strike that. Get to taking it off screen and it happens again: 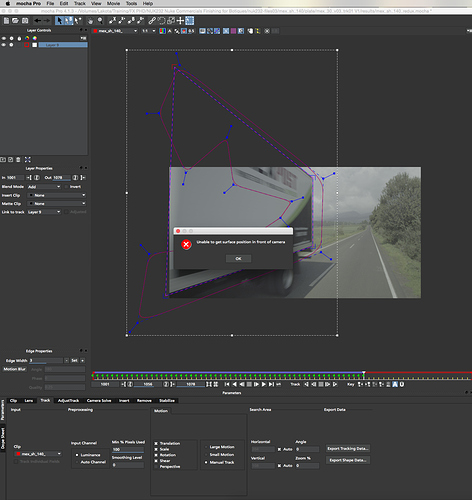 OK, that’s weird. Can you try deleting the contents of your motemp folder and starting that project over? I had some trouble tracking this truck, but not this much. It may be that some previous cache files are impeding you.

Okay, that worked. Thanks, Mary!

Looks like there was something left over that was breaking things. Still have the “change a later frame surface and it changes previous frames” when manual tracking but, again, I’m pretty much sure it’s my inexperience that’s the bug here at this point.

I still run into those sorts of “bugs” and I’m the “expert.”