Track not responding to occlusion trying to stabilise shot

Got a small clip of a woman running through a small part of the countryside. There is a slight camera movement that I wished to stabilise. I tried at first to create two tracker areas at each side of the runner on the grass area (solid track) and expanding the planer tracker but the movement was making the upper part of the image distort.
I tried many things in the stabilise tab parameters to reduce the distortion but at the price of not getting a solid track. Then I decided to just track the whole area for the first 3 seconds to see if I could get a better track, as the movement in the camera began just as the woman came into shot. I let the track continue to the end and saw that the track was not in any way effected. The result made no difference in the stabilise mode. There was no frame adjustment as seen before.
Surely this track should have flagged at this stage in the process? 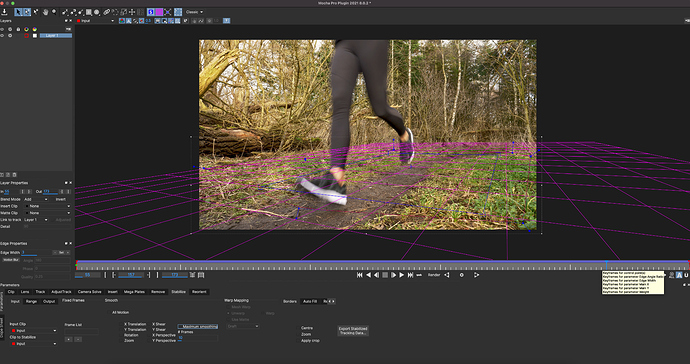 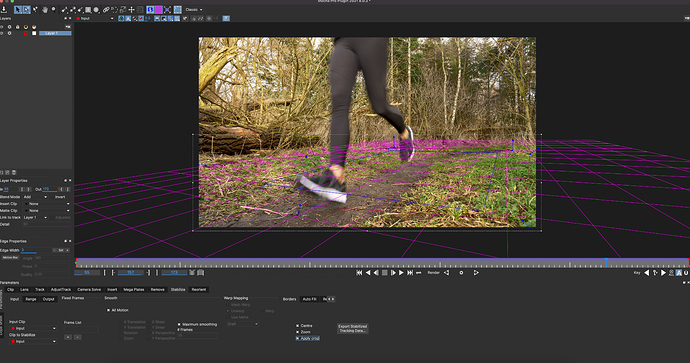 Seeing all of the frame. No black borders drifting in and out as here… 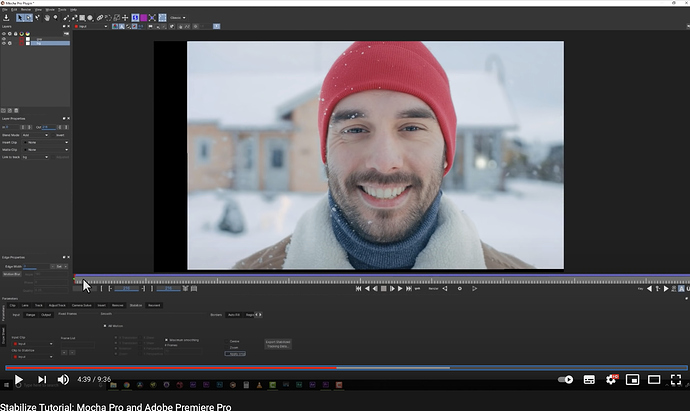 Correction re: Border drift. All good. I had rendered the timeline

Still have issues with image with moire and warping due to the stabilisation only holding the bottom of the picture stable. The shot has trees directly behind which doesn’t help I suppose. Tried loads of different variables in the option settings ranging from translation, zoom, rotation etc including different smoothing settings.
Nailed it down to the Shear option. That looks like the issue but without it brings back the camera movement.

PS Is the reason for the planer surface not being affected in Pictures 1 and 2 because the planer grid’s path is parallel to the ground?

I will upload my settings for the best result I could get. 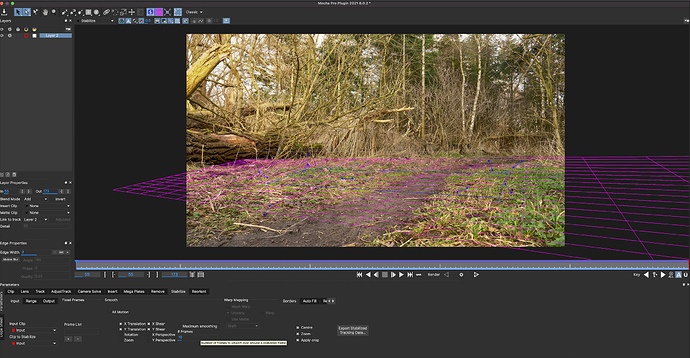 With handheld running shots, the likelihood of getting a rock solid stabilize with zero blur or warp is pretty small, even with a good track, because the pixel information just isn’t there. Definitely show me your results here and I can see if I can advise anything else? It looks like you probably are at the limit of what can be stabilized in this way with this shot. I’d recommend taking smoothing down to 6 or so to hide any imperfections.

Thanks Mary. Just wondered if there are files/codecs Mocha doesn’t like. I tried to find out but it was all wrapped up in related subjects. Be nice if there was one single list of possible culprits that can hinder workflow.
Getting back to picture 1, can you explain the reason for the ground track not been aborted when the woman ran through it?
Thanks again

Just to let you know I was just practicing with how to stabilise footage. I got the clip from Envato Elements named running into the wild. It definitely will stump you to get a solid track but I agree there’s only so much Mocha can do. It’s a fantastic program by the way 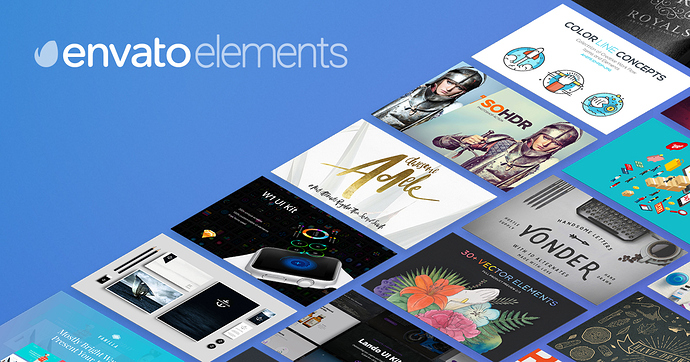 Download All 5,062 results for “running into the wild” unlimited times with a single Envato Elements subscription.

Probably the track failed because it came too far offscreen. With shots that are moving forward like this, you want to track from the end to the beginning.