I’m doing what should be the easiest track in the world. Over 318 frames a bevy of monitors comes from offscreen to settling farther away. In order to ease tracking It’s only black and white grids where the screens should be. It works okay once they’re moderately far from the camera, but once they get close the tracks bump all over the place–and this is when there is still a lot of grid still showing, so there should be no problem. I’ve tried turning on Perspective, both large and small motion (large doesn’t work at all), and adjusting min % pixels, and none work. I’ve also tried grabbing varying amounts of the monitors. What am I doing wrong?

The screenshots have the grids on a red solid, which helped–originally they were on alpha (but the black in the screen grids was solid).

I tried switching the comp from 32bpc to 8bpc, which seemed to help (but that might have been coincidental). The source is a 3840x2160 .png sequence (and the pngs are 8bpc+alpha, so the higher bit rate might have been causing trouble–I can always switch it back after the track I imagine).

I’m working on the latest AE on a very stout Mac. The source renders are from iClone (if that matters, which I don’t see why it would).

Thanks for any help!

Screenshots in order (not necessarily logical, but it’s how the forum uploaded them)–
The last good frame (tracking backwards)
Final frame
A few frames after the monitors have come onscreen
The previous frame where the track starts drifting and gets worse afterwards 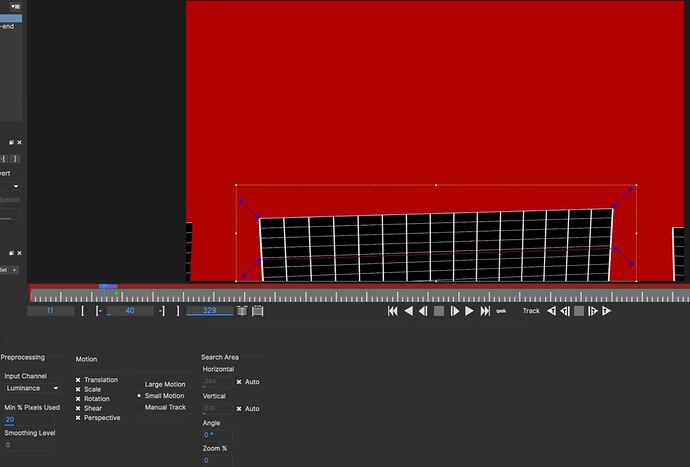 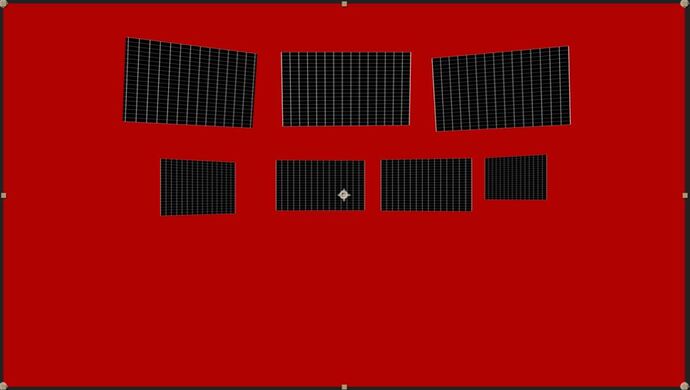 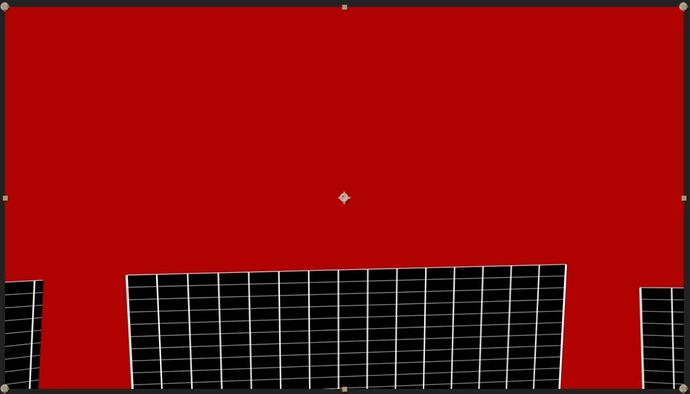 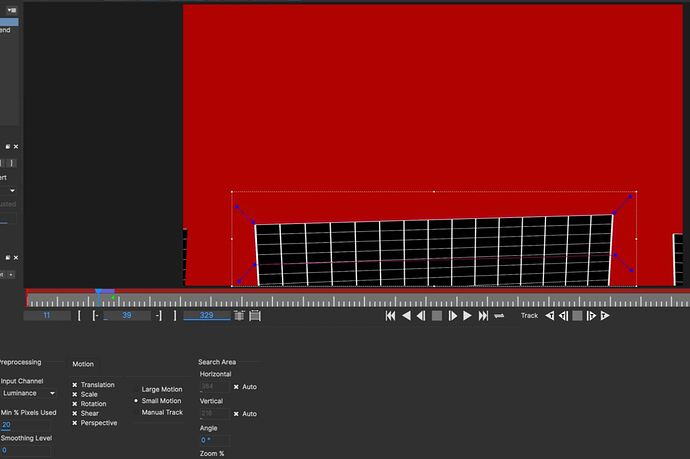 Repeating patterns are actually surprisingly difficult for a tracker because of being able to find a similar pattern nearby.

Thanks for the feedback. Good to know about the grid–that was mainly used to judge distortion of the actual replacement screens.

Also, we just took it on a test drive using Fusion’s planar tracker, which works beautifully–exactly as I was expecting this Mocha AE track to work. (Moving to Fusion won’t work because of our editorial pipeline.)

As I said–makes no sense.

Can you send me the shot? This should be trackable.

Black and white computer-generated pixels are actually the worst thing for Mocha to track as there is so little texture. It would be a pain, but you might do better to make a smaller shapoe that avoids the larger back areas. Something like this: 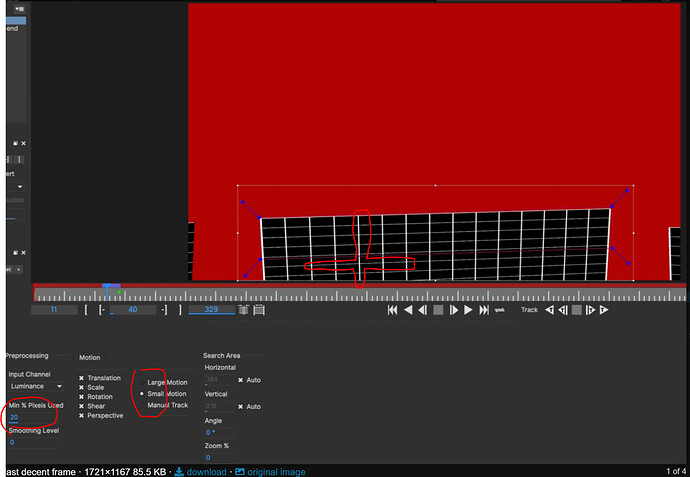 I also noticed that your Min % pixels is very low and you have small motion enabled. Is that intentional because you were troubleshooting the shot?

Sorry to say as powerful as Mocha is, there are some shots that are simply easier to solve with simpler trackers. Fusion’s planar tracker is based on different technology and might solve this but fail on the tougher, motion-blurred or occluded shots. I would think AE’s point tracker would be fine for this?

Hope this is helpful.
Ross