Tracking a shot rotating around an object?

Is there a way to effectively powermesh track a shot rotating around someone’s head?

I’m basically just trying to slowly learn a few basic effects so trying to tackle them on the face as the camera rotates here but not sure if mocha pro is the thing to use for this?

Hi, you can track his face as he’s looking towards the camera
but as the camera moves around you’ll loose the track,
Can’t track what you can’t see.

PS, Mocha is a planer tracker, it likes things on the same flat surface (plane) & it tracks the features/pixels on that plane,
I believe powermesh creates lots of little splines that track the individual plane their on, that’s why it’s good for faces, in this pic I’ve coloured in, each colour is a different plane,
a face isn’t flat so imagine how many poss planes it has, & like i say if the plane/feature/pixels your tracking go out of view you won’t be able to track them. 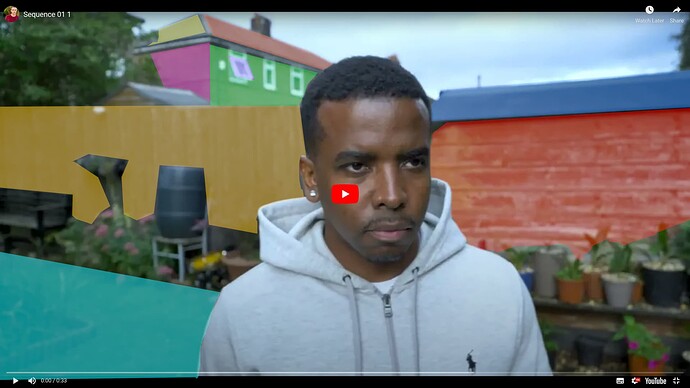 I need to read up on exactly how Mocha tracks but that’s how i understand it at the mo,

Yeah tracking the face is fine. For example i wanted a pulsing powers effects on his face and as it rotates around him the face effects obviously disappear but i could still use effects going up or down his neck.

I know i could do it much easier with a lot of cuts ij the footage but wasn’t sure if there’s an easier way to track the continuous shot. But i guess ot may end up being lime a Cinema 4D type 3D modelling type thing that I’d be crossing into.

Thanks for the reply, I’ve also realised that by blurring the background I’ve probably messed up a lot of tracking options for the final shot where i wanted to add a portal effect

Hi, yeah your delving into the realm of 3D,
haven’t you got the orig before it was blurred, so you can copy & paste effects minus the blur?

No i stupidly used the lense that blurs everything before I’d realised.

been there done that,
I now copy all files to a project folder & then don’t touch the originals,