Hi and Hello to all,
Is it possible to get a usable track from a completely textureless ( blown highlighted ) surface in Mocha Pro?

Can you show us a frame of the footage?

allow me to explain please. The clip is a digitized old 8mm film from Pre WWII era. Literally on the subject of Men ( boys ) rushing to get battle ready. Here are the parameters one must consider about this footage:

I attached two sequential captured frames from a panning scene ( resized from UHD captures in Cinema DNG ). The perforations on these two frames just happened to be perfectly aligned but that doesn’t happen often. 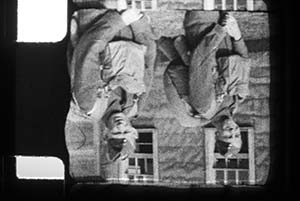 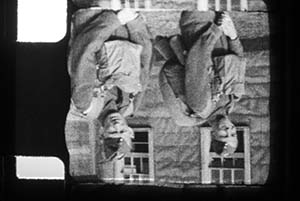 I would try simply tracking the whole edge and seeing what it grabs. Try using only translation too.