Transform X,Y of source then Invert the values?

If I am understanding what you are asking correctly… In theory, yes. You could do that with a Transform node. You’d have to do some tests though on a simple project first to see if that workflow works out for what you are envisioning.

Hi Mary, yea I tried using those values and it does recenter the image, but I don’t any way of automatically reversing the X,Y delta, like doing an expression in After Effects to make a 100px become 100px*(-1) = -100. Basically I’m trying to center a bunch of clips around the same object in the background for cutting out the object, but since the clips are all tripod but not all exactly the same center point, i wanted to shifte all the clips by whatever X,Y using keyframes, but then have a way to revers the offset automatically in the final render, kinda like using expressions in AE to reverse the offsets. 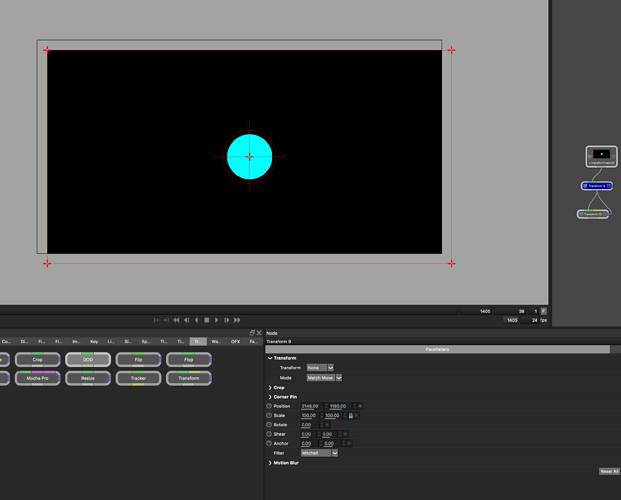 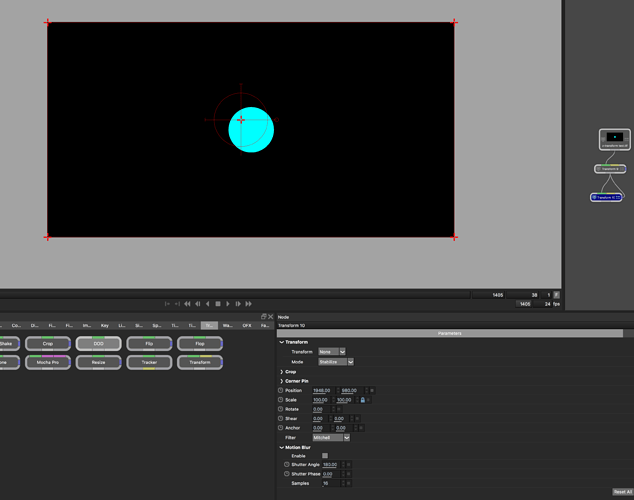 I’m thinking this might be better done in AE first with expressions before doing the Silhouette. Any thoughts?

Silhouette does not have expressions. If the footage allowed, it would be better to roto on the original clip and then transform it once after the roto.

I would definitely do it in AE if you have that workflow down. We currently don’t have the ability to work with math operations.

Ok thank you both for your recommendations and incite, much appreciated!