Hi there
Getting to grips with your Mocha VR software trial. Been following along with some online tutorials, particularly (Boris FX | 10X Faster Object Removal with Mocha Pro and Mocha VR). I’m attempting to replicate the single frame render, and I’m not seeing the frame remove anything. I was under the impression the trial was fully functional? Or am I barking up the wrong tree, here? 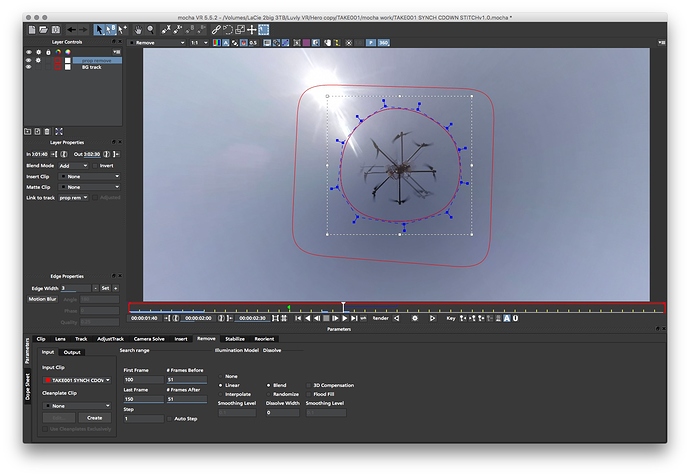 Yes, the trial is fully functional.

Is the drone moving across the sky? What is the background tracking data doing? Can you show us a clip?

Thanks for the reply, Martin. It’s a zenith view, up from the camera rig, of the drone, in constant motion. My expectation is, having followed the before-mentioned tutorial, that a single frame render, should show the props “removed”. Do you agree? I’ve match the sequence in the tutorial, the render bar flashes, but nothing substantial happens or renders. Hope that all makes sense.

When you view the BG Track layer’s surface and grid, how is it moving? Away into the distance or is it skewing?

Skewing … I tried to attach a small movie, to illustrate, but got an error: “Sorry, new users can not upload attachments.”

UPDATE 002
Okay. Turned on Flood Fill, and it seems to work. Although edge is difficult to control and finesse. I see those issues have been reported, here (Remove Module Blend Dissolve Width not working).

UPDATE 003 1 of 2
So, here’s the promotional video, that inspired me to try out Mocha VR (https://vimeo.com/202354334), and here’s a still from that, showing what I describe as a “cone effect” where the removal happens at zenith. The video then goes on to remove, in more detail, a rig at nadir. The actual removal processing isn’t shown, but just closes out in to Adobe AE.
Here’s the cone effect in the demo video, of actual drone rig removal: 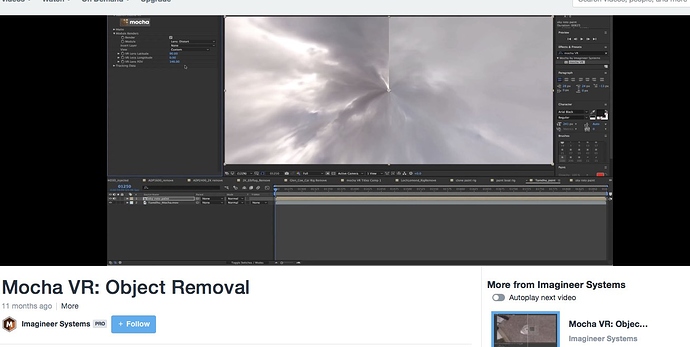 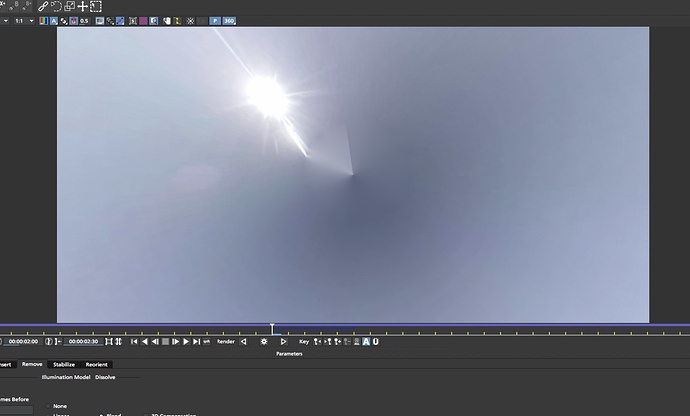 So, that’s what a 360 Video viewer is going to see? A cone in the sky? Or are there additional steps required, with Mocha VR, to create a natural (non-cone) look?

Here’s the same rig, removed in Adobe AE, natively with 360 tools. A colleague did this. I personally steer clear of Adobe as much as possible. This isn’t perfect, but better than “sky cone”. 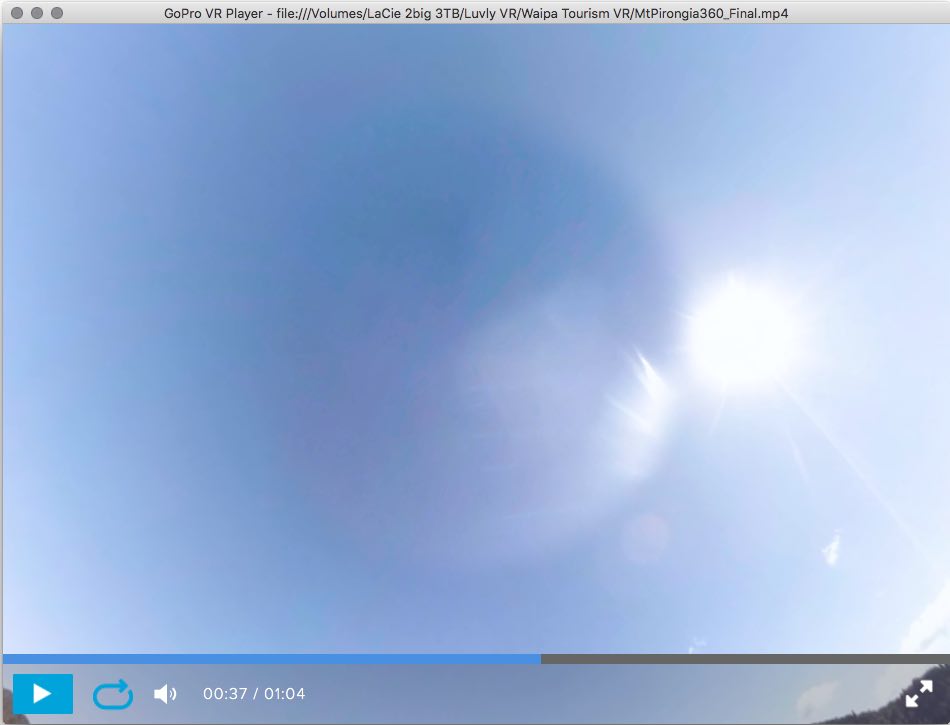 The remove should not do that, but It looks like you simply don’t have the available background to remove the drone.

The remove module requires one or both of the following to function:

For the clean plate method, here is what you need to do:

More than likely you will see it remove, but possible have some lighting issues. If you see this, turn on Linear illumination to adjust the lighting. You may also want to blend the edges.

Here is a video you can watch to get a handle on the lens distort and patch method: https://vimeo.com/231670616

If you cna send me the clip, I can show you a basic setup: martinb[at]borisfx.com

@martinb
Thanks for the instructions. I took what you said, and mashed things up a bit with this tutorial (Boris FX | 10X Faster Object Removal with Mocha Pro and Mocha VR)

Here’s a result. Is this what you would expect to see? I’m pretty happy with it. 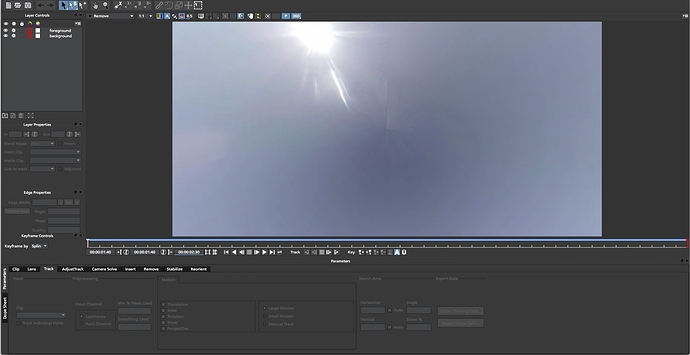 You could probably get that cleaner. The pole-line should be able to be eliminated entirely. This is where the lens:distort method comes in handy, because you can work directly with the flattened pole as opposed to trying to paint out a lat/long in Photoshop.

If you’re having a hard time getting even lighting in the poles with Photoshop, you can use their native VR tools to flatten the view: https://borisfx.com/videos/360-video--remove-objects-in-premiere-pro-with-photoshop-and-mocha-vr/

This tutorial uses Premiere, but it’s the exact same technique in AE.

@martin.s
Thanks for the pointers, but I’m going for an Adobe-Free workflow.

Or at least Creative Cloud-Free. CS6 is the last and only investment I’m making in Adobe, unless I really have to.