I’ve baught the PI-Plugin (permanent license) in nov.2021 and installed /used it since then.
Now I want to update from 15.0.2 to the announced 15.5.
I downloaded the installers from my account, installed them, and it seems that the free standalone version is now working with the new version.

BUT, how to update the Resolve17 plugin in OSX?
I also installed/updated to Continuum 22.5 … but now ?? where/how can i force an update from the registered/installed version to the new one ???
What app should i use for ???
Currently , it seems that I have still the 15.0 plugin running…(at least I cannot determine anywhere which version the running plugin has !?.. I have only 1 OFX-Plugin showing up, instead of multiple as I have seen in screenshots… all the 3D Options are missing)

Hi, in Resolve there Preferences under the Resolve top left, what does this show 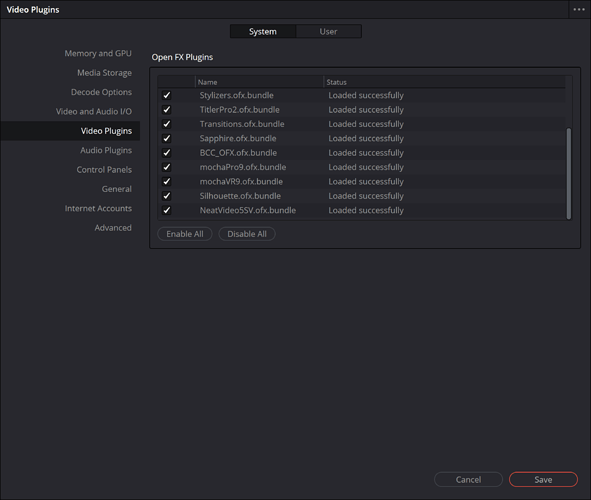 In the image that you provided, it shows that the 3rd party OFX plugins that were added by you to the system have successfully loaded into Resolve and are ready for use.

When you install a new version of Continuum (which is how you get the plugin version of PI), it should uninstall the old version automatically, and your license should just keep working.

It should be that simple.

If you followed these steps and when you go into Resolve you don’t see Continuum 2022.5 (v15.52),… does Resolve have a plugin cache?

Thank you all for the helpfull responses.
I followed all the steps and installed everything related to 22.5 (standalone, emitterpack,continuum2022.5.
what I see now in resolve is showing here in the screenshots:
launching the PI-interface or the webinterface from within Resolve17, it loads obviously the right version .
I am only unsure, because in my case I see only 1 OFX-Particle-Illusion effect as always (see screenshot), and other customers in this forum have shown screenshots where I see around 5 different ones , for the new features, especially the 3D options…
and there is now indication inside Resolve which PlugInVersion or which Continuum is currently installed (at least I cannot see it)… 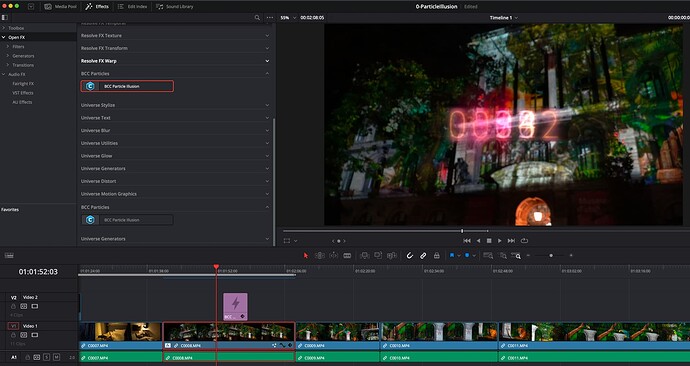 Hi, try in the search box at the top - Particle 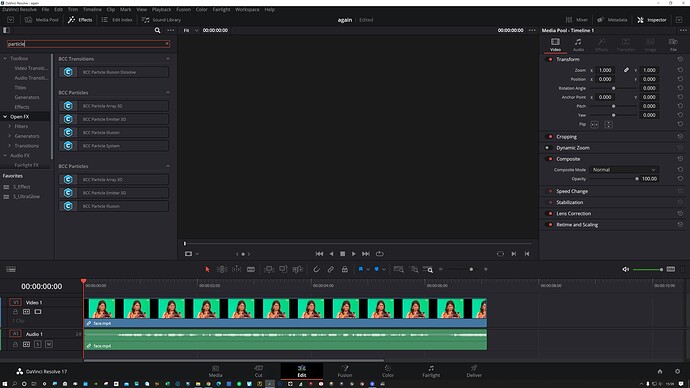 BCC Particle Illusion is the only plugin that’s currently being updated – all of the other BCC particle plugins are older.

exactly , I am missing all the option the screenshot from gid.joiner is showing.
and I am a bit confused… yes I baught the plugin in nov 2021 , as it was the only option available.

what is the BCC Particles Unit license ?? // what is the difference ?
I was looking around an cannot see it elsewhere at borisfx.com !?

Hi, I’m a bit confused, in your first post you wrote ‘I also installed/updated to Continuum 22.5 …’
Is this the Full Continuum package?

Yes, you are right. Because of the lack of any explanation how to install the paid plugin, i found somewhere the hint, that the plugin has to be installed by the CC-aplication-manager. So i did, was asked for my serial, and then apparently this BCC installed the plugin in the background.
There was an option saying, delete any unlicensed FX … what i did , to prevent my system from beeing cluttered.
To clearyfy… i have only the payed plugin for particle illusion. Based on the announcements and advertisements, i understood that these new features of PI ,f.e. 3D-emiiers and fluids, are part of every PI now, free and paid plugin version.
That‘s why i‘m interesred in…. else i would use and go back to my trapcode-particular suite, which i already own.

Please take a look at the “Learning” series of videos: 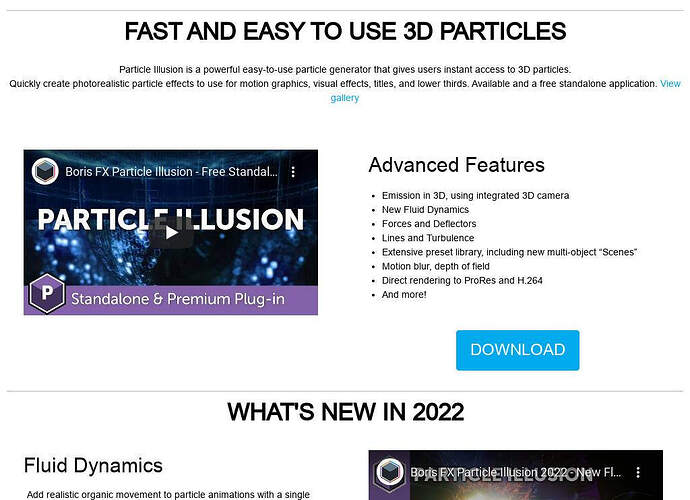