Use Roto for Painting shapes but also for cutting out

I’m not sure how to have the output of the Paint Node be limited to the same Roto shapes used for painting, without having to duplicate the Roto Node and putting the copy after the Paint? Is there a way to utilize the original Roto node to comp it to the Paint output, so that the online part of the Paint node I see is everything inside the Roto shapes and everything outside the is Alpha?

Thanks for any help!

I think this is what you want to do: 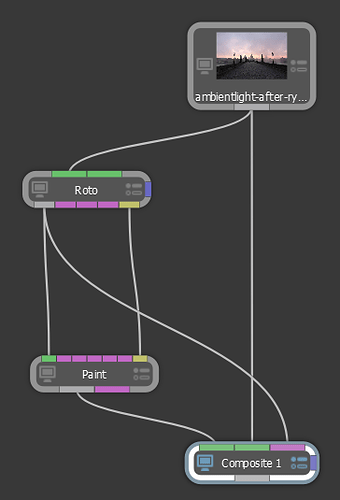