VP has some 3d compositing features.
Boris/Continuum also has its own 3d system.

When using the Boris 3D system, although it maps onto the VP 2D frame, both are essentially unaware of each other’s 3d space. Correct?

My question is – is there a way to have Boris’s Z-axis (3d space) honor a non-Boris element in the VP timeline such that portions of the Boris element which is further forward on the Z-axis covers the elements on the VP timeline? If not, how can we mapped the non-Boris content into the Boris-world so it can interact and map properly? 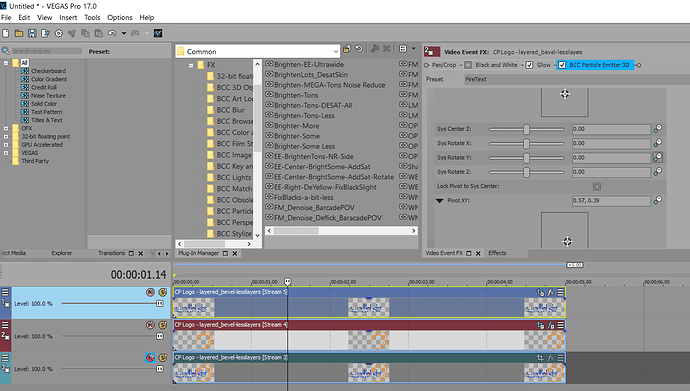 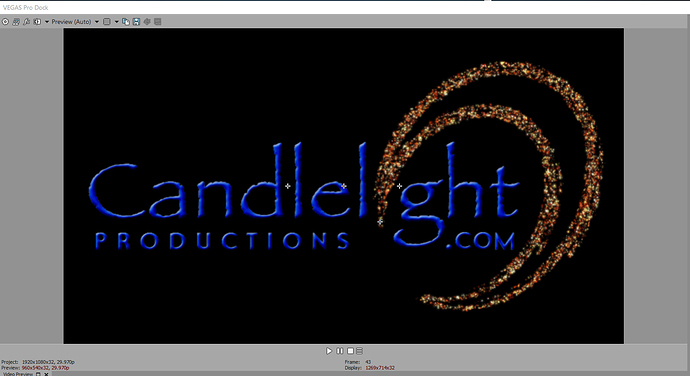 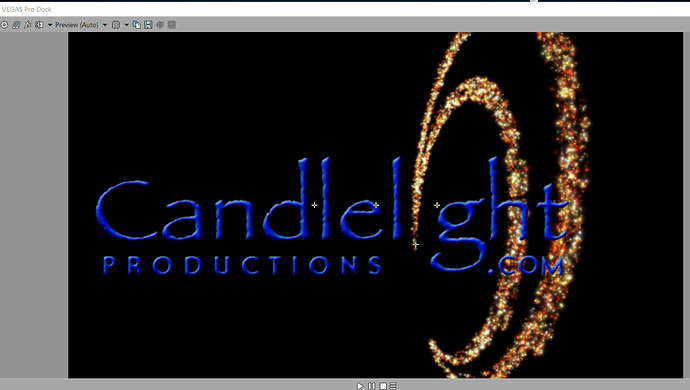 You’re correct in that the two applications are unaware of the each others 3D compositing space - the only way around this that I can think of is to use a version of the swoosh as a mask and have the mask hold back (knock out) the title as the swoop passes in front of it.

I sorta’ understand what you’re saying, but not totally. Duplicating the animated swoosh with another BFX layer somehow which creates a mask that punches through the Vegas composite? Or mirroring the BFX animation in Vegas to create the punch-out (which would seem quite challenging)?

Is there not a way to take an image into Mocha’s 3D compositing space? What if I just added the blue portion as a graphic in Title Studio or something similar, to make the entire composite going on in the BFX composition space?

and that… my friends… is exactly what I ended up doing! (a workaround of sorts, but it got the result).

I got stuck in the end converting it to a relatively small GIF file. Using VP saved as a sequence of transparent PNGs, and also tried a .MOV quicktime file (animation codec)… got me there OK, but could not convert to a proper small .GIF while retaining transparency. I was trying to use FFMPEG for that.

This one lost its transparency…

This one kept transparency (and smaller with only 10fps, a 32-color pallete, but has this trailing problem…

and this one the largest file size… alas too large for an e-mail sig, but smoothest (still not transparency).