Using Pan and Zoom without effecting the video layers below

In Avid I have an image with alpha on V2, I’'d like to scale it up and reposition it, but when I do the video on V1 scales up and repositions as well. What do I need to do to avoid this happening?

Are you applying it via Alt dragging the effect onto the alpha clip?

Did you try just dragging it onto the alpha clip and clicking on “Apply to Title-Matte”? I was able to move it the top clip independently of the bottom clip.

Thanks. I had been alt dragging as I would for nesting effects and I did check apply to title map
. Just dragging it on top solved the problem. One other quick question, I couldn’t reposition it where I wanted using the keyboard as x and y seem to max out at +/-999. However going into preview mode I could manually drag it where I wanted. Is this a bug or a feature?

It is most likely working as intended because at +/-999 it is outside of the current picture and most of the time you’d only want to pan and zoom a clip around the the visible screen. It is purposely cut off at a range that normally would not be used. That said if it is outside the scope of your intended purpose we can definitely look into expanding its ranges and I can bring it up to the engineers.

What are the ranges that you’d want to increase it to? Also if you don’t mind me asking, what is the purpose of having it outside of the visible screen?

I’ve attached a couple of screen shots that will show whats going on. Without going into preview to move it 999 on the y leaves most of the scaled up image out of the frame at the top

That is odd. Is your image not centered at the position 0,0?

The image to line up with the image below is near the top of the screen. it scales up to 700% and goes off the top at 0,0. I now see if I unlock the anchor and move that down on the y axis I can position it more easily with the keypad! Just not as intuitive at first. And sorry for the image uploads getting reversed

Was the anchor point changed from 0,0? If it did changed then that might explain why it isn’t centered at 0,0 initially.

No, the anchor point was at 0,0. The was mostly matte background with the visible portion at the top. It was going off screen when scaled up. Turned out relocating the anchor was easier than moving the position a ridiculous amount.

At least there is a workaround for now :). Can you send me your tiff/png file that you’re panning about? I’m not seeing this behavior with the test image that I’m using. The image whether scaled up or not should start in the middle. If it doesn’t there could be a potential bug which we’d want to be fixed going forward.

The image does start in the middle, but when scaled up the portion of the image I need goes off screen as it is already in the upper quarter of the screen at the start. I had been animating the position to get it where I wanted it but hit the limitation of 999 on the y position. Animating the anchor point instead solved the problem for me. 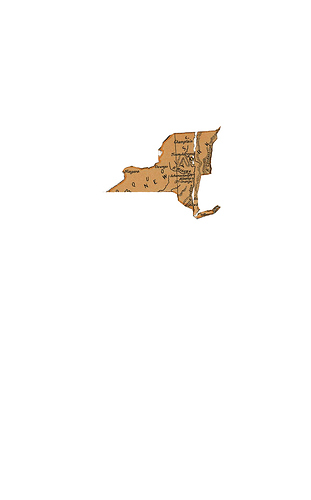 Pan and Zoom is a unique effect in that it is really intended to be configured primarily in the Preview Mode (at least for the main geometric properties). If you try to edit the individual scale/position/parameters directly it can produce unexpected results since they are interpreted under the hood in special ways. This effect should be much easier to use if you set up all the geometrics using the on-screen overlay widgets that are shown when Preview Mode enabled, and in that approach you don’t need to worry about the parameter ranges maxxing out on you.

I make use of preview a lot, but after setting up the move and looking at it full screen it still needs a little tweeking. FWIW I’m using the Avid plug-in mostly. 2 things I would love to see.

1 - have the effect automatically exit preview mode when closing the effect editor
2 - I’d love to see geometrics added to the effect. Right now I have to stack effects if I want to crop in to highlight an area after the pan and zoom

2 - I’d love to see geometrics added to the effect. Right now I have to stack effects if I want to crop in to highlight an area after the pan and zoom

A post-crop/geometrics group is certainly something we could add to this effect. I’ll file this as a feature request.

Hi, I cannot find the Crop Group for this Pan & Zoom effect , though it is listed in the PDF Help document… what am I doing wrong? How is it enabled? (This is the Continuum Perspective Unit for MC v2019.9 PC) is Crop Grouo not available when using an external file source? Is it an error in documentation?

What I was hoping to accomplish, using only this Persoective Unit toils, is to crop the edges of an external file, do the Pan & Zoom, having the final effect show inside a vertical rectangle (with a border), composited over a bachground video layer in a 1920x1080 project? Can it be done “stacking” the other Perspectve FX? Thanks!

You have to enable 3D in the effect to get to it. Not very intuitive

Thanks! Very much, D. I appreciate your reply— especially on the weekend.