What Effect to create a lighthouse beam that rotates

I have an stationary image of a lighthouse. I would like to add a light beam that would rotate in 3d around the window at the top. What effect would you recommend for creating this?
Thanks,
Denny

What host are you working in?

I got this far using the laser light, now how do I animate it so that it rotates around the lighthouse tower in 3d, or is that not an option with this filter? If it matters, the ocean portion of this composite is animated. 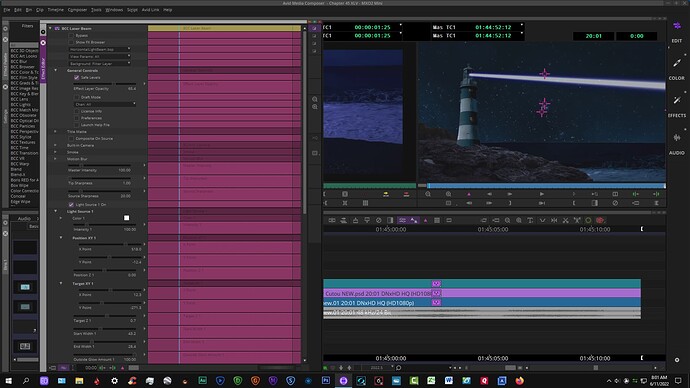 Hi, I had a play with this, this is what i came up with using the Laser Beam Target controls, I’m using Vegas but the controls will be the same in Adobe, you can see which controls are keyframed as they have a red circle at the end, you’d prob want to keyframe the intensity for when the beam is pointing away from you.

The position is centre (or on your lighthouse)
Target XY (X across left & right, Y being up & down) that’s where the beam is pointing,
on the sizes 1 is top or far right, 0 is bottom or far left & 0.5 is middle either up/down or left right.
so 0.50,0.50 is dead centre of the screen.
Adobe i believe has a 3D camera but someone else would have to show you that,

I’ve drawn where the points for the Target XY are 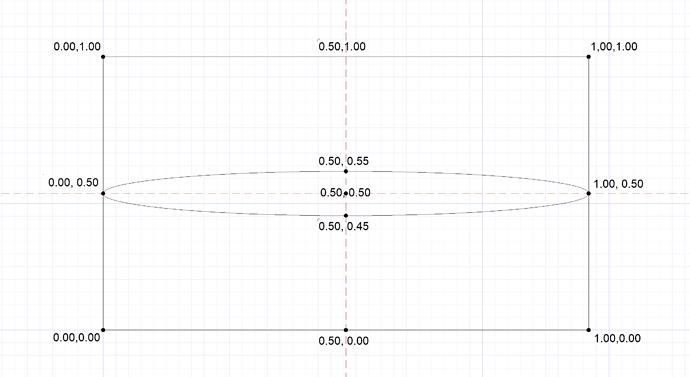 Set the controls as in my pic below, Target Z1 to stop it pointing directly down when it points at the camera
Then keyframe Target XY to make it rotate & Master Intensity for as it goes around the far side & pointing at the camera,
the ones marked in red at the end,

Thanks for the explanation. That will give me something to go on in the morning when I get up. I appreciate all the time you’ve taken to try to get me where I need to go.
All the best to you
Denny

Nice job on that effect Gid! Another option is to use the BCC Stage Light which produces a volumetric beam of light with lots of control over the final look. And it includes it’s own built-in 3D camera which in this case can be used to make the beam move in 360 degrees. If you’re interested in checking this out, here’s a preset that could be tweaked to taste - I keyframed the animation of the camera orbit spin parameter but that would need to be adjusted to suit the animation that you’re after. And, of course, you’ll also need to adjust the light source position x/y so that it sits on top of the lighthouse lamp.

Hi Peter,
Thanks for the preset. I must be missing something here. When I set the light source X/Y to sit atop the tower, on the first frame, it looks fine, then when the animation starts the X/Y point moves to the center of the screen. Logic would suggest that I need to keyframe the X/Y point every 90 degrees for the beam to start where I need it to be. Am I mistaken?
As you can tell, I am a total novice with this effect.
Denny

Hi, i don’t know how Adobe keyframing works but if your light source keep going back to centre screen it sounds like you have either a default centre keyframe at the end of the timeline or a rogue keyframe somewhere along,
I had a look at Stage Light, it’s very similar to Laser Beam, i keyframed the Target every 90º, different distances from the source position/centre as in my drawing showing the horizontal oval,
Also check you haven’t keyframed the Camera position, that will throw the source position off as it plays.

So Gid, you’re totally right in that the animated camera orbit will orbit around the center of the comp only which is something that I neglected to consider when offering this as a solution.

That said, I’ll file a feature enhancement ticket for engineering so that we can include an option to reposition the camera center while in the camera orbit mode.

Denny, sorry that my proposed solution won’t work as described but I believe Gid has offered a possible solution for you to continue with the effect in the Avid host environment.

I kept looking for an X/Y setting for the camera orbit and it doesn’t exist. I thought i was losing my mind, (perhaps I am, I am caring for my wife who has dementia, and hope it isn’t contageous).
Denny

So I’ve filed a feature request with engineering for an offset x/y for the orbit camera center and although it won’t make it into the upcoming release it will be added to the Fall release. Sorry about the wild goose chase there!

No problem. I’m following up with Gid’s suggestion. I happy you found the flaw and that it’s in the works for a fix.
Denny

Hi, sorry for some reason i thought you were using Adobe, Doh!

I don’t quite understand the positioning numbers in AMC (blue box)
So would you load Laser beam but don’t change anything, leave everything as it is when first applied,
only open the things you did in this pic (red line) so i can work out what it means,
When i refer to Camera, i meant Built in Camera (red box) open this to show the settings also pls 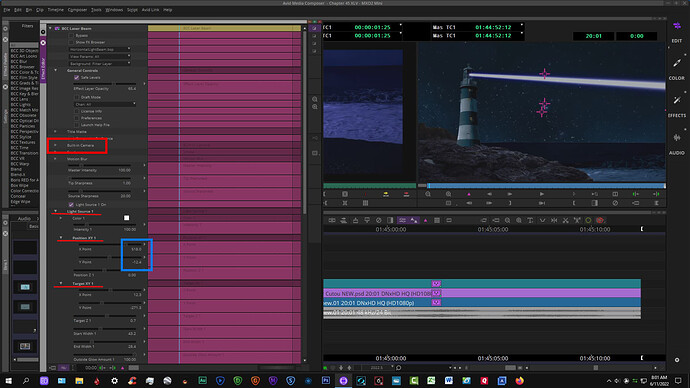 Hi, i’m not about what you mean, but i can move the Built in Camera as i wish, Stage light or Laser beam.
I haven’t though. in this pic which does rotate I placed the Position where i wanted at the top of the lighthouse, Built in Camera is default centre & doesn’t change,
the only thing i’ve keyframed is Interest XY (Target XY in Laser beam)
Interest z1 to stop the beam point at the bottom of the screen when it’s shining towards the camera,
& Intensity for when it’s pointing away from the camera around the back of the lighthouse 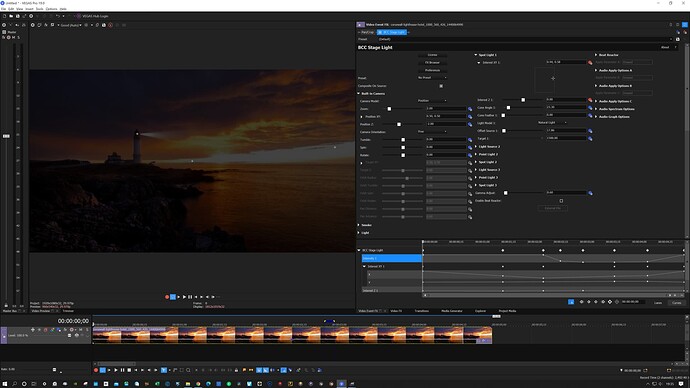 A built in Mocha would be nice on Stage Light pls

@dfree70
I’ve added a little bit of Offset Source 1 so the beam wasn’t shining directly from the position marker, it then looks like it’s going around the outside of the light at the top of the tower

So the built-in camera system has 3 modes of operation - position, pan and orbit. The orbit was the desired mode for this as we can simplify the animation by only using the camera to move around the light source. The problem is that the camera in orbit mode is always set to orbit about the center of the layer, and in this case the light source needs to be positioned off-center, which negate the ability of using orbit mode for this effect. Once we enable the option to set the center for the orbit to any x/y value it will be possible to use the camera as described.

The parameters that you’re pointing to in Light 1 are x/y position controllers and the value is the deviation from the center of the frame.